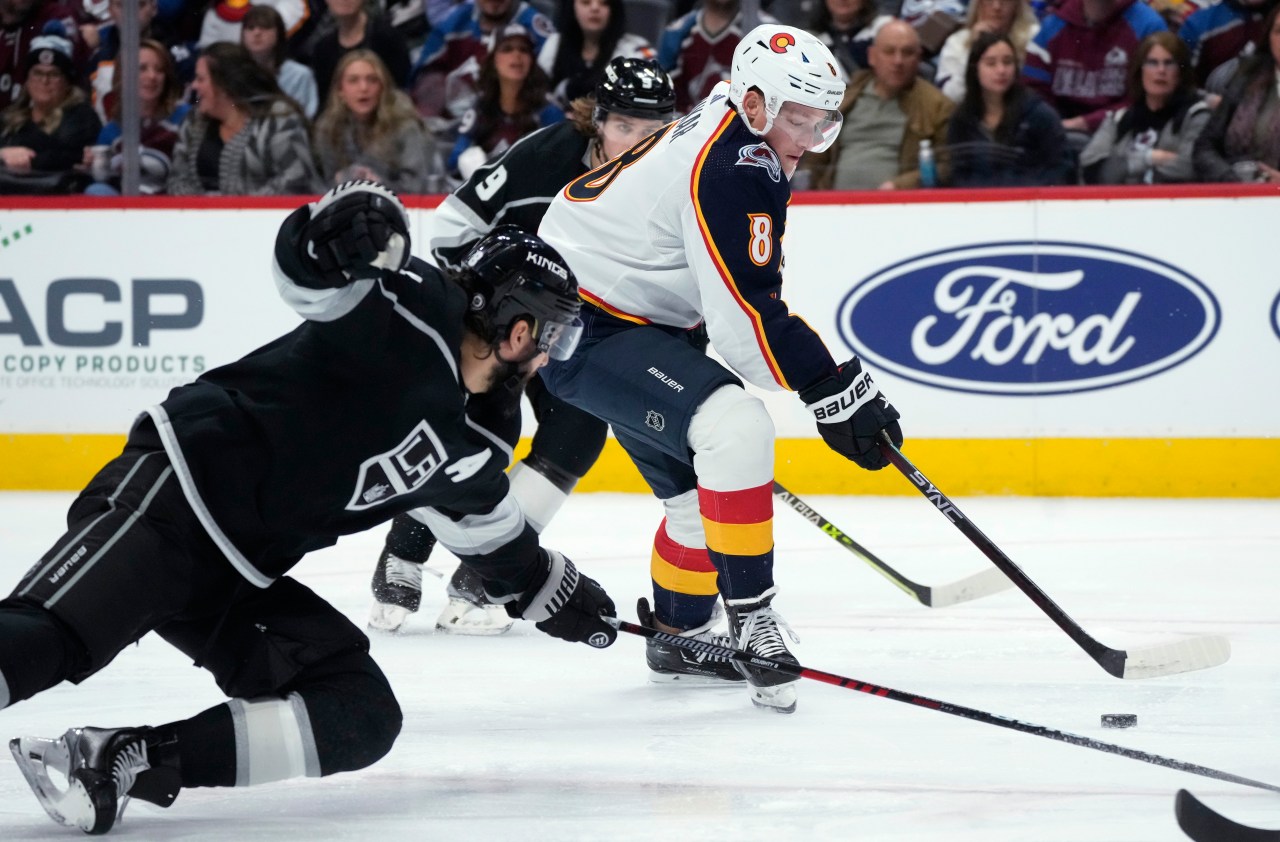 DENVER (AP) — Adrian Kempe scored the shootout winner and the Los Angeles Kings rallied from two goals down in the third period to beat Colorado 5-4 on Thursday night and snap a nine-game losing streak to the Avalanche.

Trailing 4-2 entering the the third, Alex Iafallo scored on the power play at 1:11. Then Sean Walker tied it from the slot with 5:40 left on Kevin Fiala’s 26th assist.

Viktor Arvidsson scored in the second round of the shootout, and after Pheonix Copley stopped Mikko Rantanen, Kempe clinched the Kings’ first win in Denver since Dec. 31, 2018.

Gabriel Vilardi and Phillip Danault also scored and Copley made 23 saves for the Kings, who improved to 6-0-1 in their last seven games.

Cale Makar had a goal and two assists in Colorado’s three-goal burst late in the second period, but the Avalanche faded in their second straight loss.

It marked the first time the banged-up Avs have scored more than three goals in a game since a 6-4 win at Buffalo on Dec. 1.

Makar, who won the Norris Trophy as the NHL’s top defenseman last season, had been held to one goal in 14 games before scoring in a loss to Arizona on Tuesday.

He put on a dazzling three-minute display to erase Los Angeles’ 2-1 second-period lead.

First, Makar fed Cogliano for the tying goal at 15:58. Then he intercepted a pass at center ice, eluded two Kings players and scored from the slot at 16:43.

Then Makar made a touch pass to Rodrigues for his ninth goal at 18:47, making it 4-2 and capping Makar’s second career three-point period.

NOTES: It was LA’s fifth overtime in seven games and Colorado’s fourth in five games. … Colorado’s Nathan MacKinnon is “getting close” to returning, coach Jared Bednar said. … Avalanche G Pavel Francouz (lower body) was unavailable for a second straight game. Jonas Johansson served as Georgiev’s backup. … It was the Kings’ 39th game, most in the NHL. Colorado has played 34. … Avs C Alex Newhook went to the dressing room late in the first period but returned. He was crunched into the side boards by Kevin Fiala, who drew a boarding penalty. … Rantanen has 30 points in 23 games against LA.