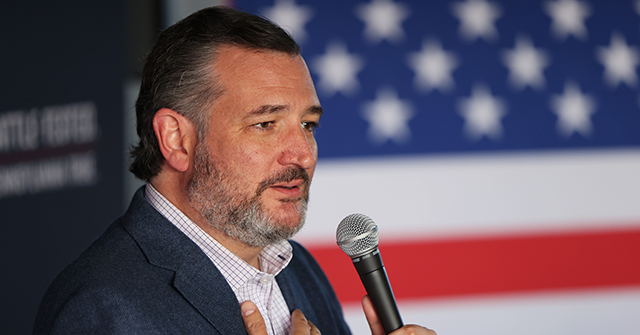 After nearly two years of lobbying by representatives of the nation’s largest, wealthiest, and most pro-censorship media companies, after being killed in the House and then revived in the Senate, the Journalism Competition and Preservation Act (JCPA) is (temporarily) dead again — killed by its champion, Sen. Amy Klobuchar (D-MN), because Sen. Ted Cruz (R-TX) successfully added an amendment that would prevent media companies and tech companies from colluding on content moderation.

The core concept of the JCPA is allowing media companies to form a legal cartel in the U.S., for the sole purpose of negotiating with tech giants for special favors.

Sen. Cruz’s amendment, which passed by a narrow 11-10 vote of the Senate Judiciary Committee, limits the scope of those negotiations: the media cartel would be allowed to negotiate with Big Tech on fair payments for their content, but on nothing else — including content moderation.

In his remarks, Sen. Cruz made it clear that the purpose of his amendment was to prevent big media companies from negotiating the suppression of their competitors with tech giants like Facebook and Google.

Sen. Klobuchar’s response was to pull the bill from proceedings rather than pass it out of committee with the Cruz amendment. In doing so, she effectively revealed that enabling collusion between Big Media and Big Tech on censorship has always been a core Democrat aim behind the JCPA.

Sen. Cruz successfully won over his colleagues on his amendment. In tense exchanges at this morning’s markup hearing on the bill, a somewhat panicked-sounding Sen. Klobuchar attempted to persuade the lead Republican co-sponsor of the bill, Sen. John Kennedy (R-LA), that the amendment preventing censorship collusion between Big Media and Big Tech could not be allowed.

“Senator Kennedy… we’ve worked on this months. We won’t be able to support the Cruz amendment here… If this is in it, we can’t support the bill.”

“I don’t understand why,” responded Kennedy. “To me, the issue is supposed to be about money, and not about moderating content, and this [the amendment] just makes explicit what I thought was implicit in the bill.”

Klobuchar’s last-ditch efforts to persuade Republicans were unsuccessful, and the Cruz amendment passed by a narrow 11-10 vote of the committee.

Immediately afterward, Klobuchar pulled the JCPA from proceedings, saying she could not support the bill with the addition of the Cruz amendment, which she said would “blow up the bill.”

“This was a surprise, this is a long-negotiated bill,” stated a rattled-sounding Klobuchar as committee proceedings wrapped up.

The Cruz amendment effectively exposed what JCPA supporters have been attempting to conceal from Republicans: that one of the core conditions of Democrat support for the bill is that it allows media companies to collude with Big Tech to censor their competitors.

Presented to Republicans as a way for struggling news companies to fight back against Big Tech, and obtain more ad revenue from them, Sen. Klobuchar’s actions today reveal that Democrats intend the bill to be far wider in scope.

Sen. Cruz’s attempt to limit negotiations just to payment exposed the true aims of the Democrats: not saving independent journalism, but crushing it — with censorship, censorship, and more censorship.

Allum Bokhari is the senior technology correspondent at Breitbart News. He is the author of #DELETED: Big Tech’s Battle to Erase the Trump Movement and Steal The Election.

Charles as King: What kind of monarch will he be?

Debate over e-bikes on Bay Area trails coming to head