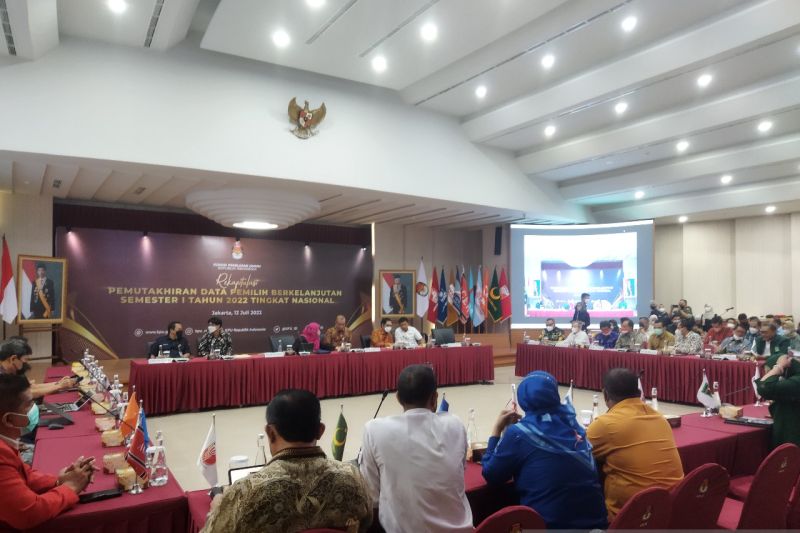 …there will be retiring officers who could be registered as voters (for the 2024 General Elections) on February 14, 2024…

Jakarta (ANTARA) – The General Elections Commission (KPU) has asked the National Police and National Defence Forces (TNI) to submit the latest data on retiring personnel to allow for their inclusion on the electoral roll.

“According to our latest audience with the TNI commander and the police chief, there will be retiring officers who could be registered as voters (for the 2024 General Elections) on February 14, 2024,” KPU RI chairperson Hasyim Asy’ari informed here on Tuesday.

While serving military and police personnel have no voting rights, officers retiring before election day on February 14 will have voting rights as long as the retiree data is updated, he said.

“Hence, we appeal to the TNI commander and the police chief to prepare the data of all personnel projected to be discharged from the military and the police until February 14, 2024, to allow them to vote on that day,” the chairperson added.

Asy’ari also asked the police and the military to forward the data to the relevant directorate general in the Home Affairs Ministry instead to the KPU RI directly.

“We hope that the TNI commander and the police chief can be informed that the data (must be submitted) not to the KPU RI, but the Ministry of Home Affairs, particularly (the directorate general) authorized to manage population data. We will then access the data after obtaining the data-sharing access from the ministry,” he disclosed.

Serving military and police officers may be included in the latest update of the electoral roll, he said, adding that it would not be an issue as long as the serving officers are projected to retire before election day.

“It is possible that on the latest electoral roll update, the name of active military and police officers are included, yet it must be ensured that by February 14, (2024,) those officers are no longer a part of the TNI or police,” Asy’ari explained.

The commissioner pointed out that besides serving officers, underage residents may also be included in the latest electoral roll update.

“The latest update may include residents under 17 years old, but they must reach that (voting) age before February 14, 2024. All these issues must be understood by all,” he added.

Fight on the Right: Kemi Badenoch sets out her vision to cut red tape