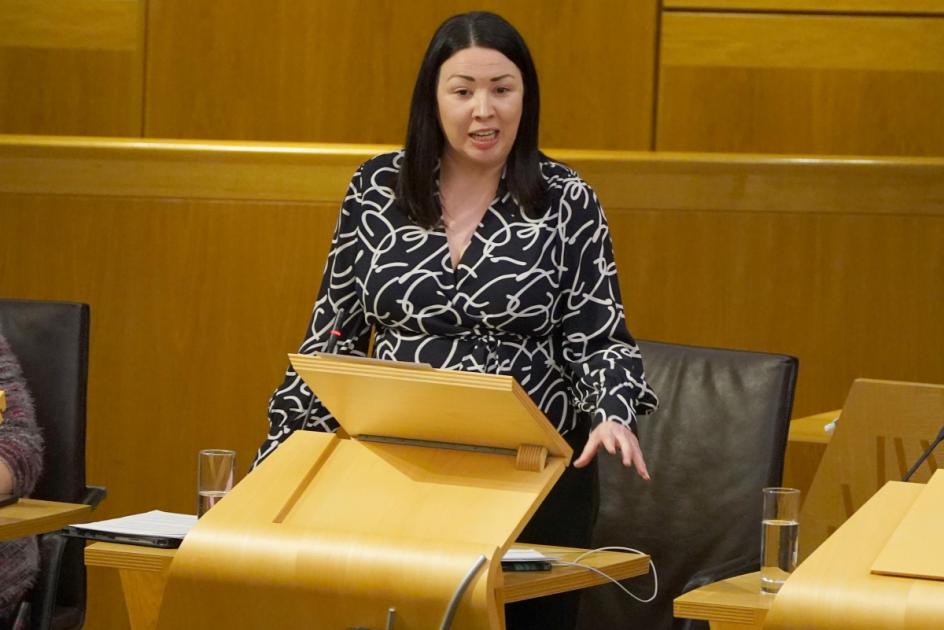 THERE were splits in Labour over Alister Jack’s decision to block the Scottish Parliament’s Gender Recognition Reform Bill.

In Holyrood, Monica Lennon described it as a “cynical and dangerous power move by an out of control UK government.”

However, in the Commons, the Labour MP Rosie Duffield welcomed the invoking of the Section 35 order, saying the law passed by MSPs “clearly conflicts with the Equality Act and would have repercussions for women across the UK.”

In last month’s debate and vote on the legislation, 18 of Labour’s 22 MSPs backed the change in law, with two voting against and two others not voting.

The Bill simplifies the process for obtaining a gender recognition certificate, by removing the need for a gender dysphoria diagnosis, and cutting back on the amount of time a trans person needs to live in their acquired gender.

It also changes the age at which a trans person can apply for a GRC from 18 to 16.

Over the weekend, Sir Keir Starmer said he had concerns about some of the changes, particularly the drop in age limit.

When asked whether he would block the Scottish legislation if he was prime minister. He said he wanted to wait to see what legal advice the UK Government had received.

Speaking to the Daily Record, Ms Lennon, said she was “disappointed” with the party leader’s comments.

She said: “The Bill was also supported by the Labour group of MSPs, who supported lowering the age threshold from 18 to 16. His comments have undermined Scottish Labour and are unhelpful in terms of the wider debate on equalities.”

He said: “We’ve had conversations with colleagues. I’m working with MPs and we’re trying to get ourselves into a place where they understand what is a fast-moving issue. I guess not everyone’s been across this matter.

“I think the fundamental that we need to recognise is that the matter for deciding the merits of the gender recognition reform here in Scotland is for MSPs.

“The issue here that we need support from everyone who supports devolution is on this principle that a Section 35 is an overreach and should not have been used.”

In the Commons, following Mr Jack’s statement, Ms Duffield, who has long been critical of changes to the GRA, said that the Scottish legislation would “allow anyone at all to legally self-identify as either sex and therefore enter all spaces, including those necessarily segregated by sex, such as domestic violence settings, changing rooms and prisons.”

She was heckled by colleague Ben Bradshaw who described the claim as “absolute rubbish.”

Ms Duffield said on Twitter afterwards: “Being shouted down in the Chamber by @UKLabour men who clearly don’t want women to speak up for our rights to single sex spaces. How very progressive.

“Should probably point out that the SNP men were also yelling, but I expected that of course.”

In Holyrood, Ms Lennon told MSPs the Bill was about “dignity, fairness and equality for a marginalised group of trans citizens.”

“The Secretary of State may hide behind legal advice, but the truth is, the Tories at Westminster have proven that they are no offence to trans people, and as the architects of the rape clause, we know they are no friends to women and girls.”

This was “a cynical and dangerous power move by an out of control UK government’s determined to wreck this bill at any costs,” she added.

In Wales, the Labour First Minister suggested his ministers would support the Scottish government if the matter ends up in the Supreme Court.

He told members of the Senedd: The UK government’s decision to use powers that have never been used in the history of devolution is a very dangerous moment.”

“I agree with the First Minister of Scotland that this could be a very slippery slope indeed.”

4 ways parents can cut their child care costs in 2023

Inside the Trump Campaign’s Plan to Take Down Nikki Haley