Larry the Downing Street Cat: Who is Number 10’s Larry the cat that ‘entered’ the PM race? Where are his billboards? 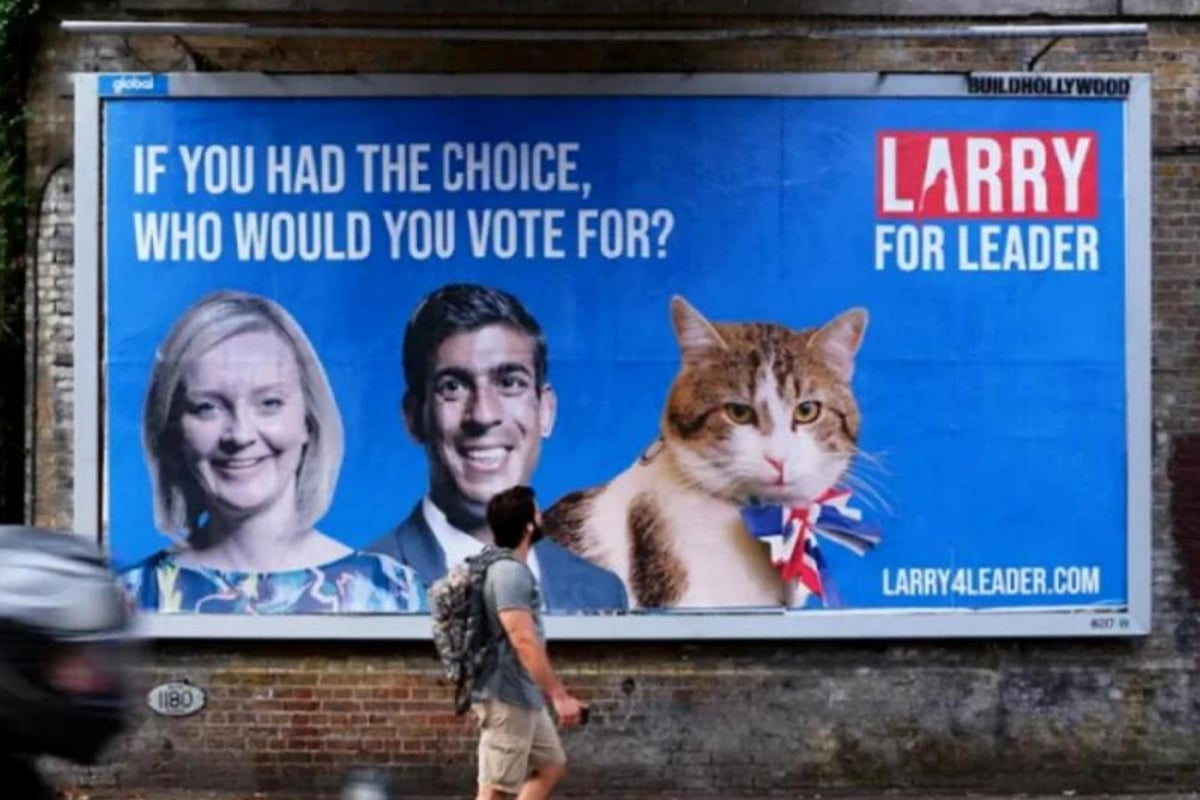 Social media users were thrilled to see billboards across the UK revealing that Downing Street’s Larry the cat threw his collar into the ring in a bid to become the next prime minister.

The campaign boasted memorable hashtags including #Larry4Leader and #YesWeCat, giving slogans like #LizForLeader or #ReadyForRishi a run for their money.

So, who is Larry the cat, does he have an owner, and where can you find his campaign billboards?

Who is the Downing Street cat?

Larry the cat is the feline who holds the title of ‘Chief Mouser’ of the cabinet office.

The popular white and brown tabby has maintained this role since his adoption at four years of age in 2011 from the Battersea Dogs and Cats Home by staff at Number 10.

What are the roles and responsibilities of Chief Mouser?

According to the Downing Street website, Larry’s duties as Chief Mouser are “greeting guests to the house, inspecting security defences, and testing antique furniture for napping quality.”

His suitability for the role has faced scrutiny over the years, however, after a number of inappropriate scuffles.

The Daily Telegraph featured an anonymous source that said Larry held “a distinct lack of a killer instinct” despite the Chief Mouser having been caught hunting pigeons and getting into scuffles with the Foreign Office’s cat “Palmerston”.

This scuffle, which unfolded in 2016, saw Larry heading off to the vet after the violent scrap saw him injured.

Larry has performed much better with visiting politicians but has inadvertently caused issues in the past.

For example, he sat underneath former President Donald Trump’s Cadillac, delaying Trump from leaving a meeting with Theresa May.

Who is the owner of Larry the cat?

There is no one individual responsible for taking care of Larry the cat, rather he is collectively owned by the Downing Street staff.

During his last PMQs of 2016, David Cameron explained that Larry is a “civil servant” and not personal property, this makes him a permanent resident of Downing Street unlike the prime ministers themselves.

Larry the cat’s twitter account tweets about this and more, explaining the situation to his many fans.

Where are Larry the cat’s billboards?

Billboards can be found across London that announce Larry the cat’s bid to enter the world of ‘purr-litics’ as the UK’s next leader.

Billboards for Larry the cat have been spotted in Hackney, Peckham and on Shepherd’s Bush roundabout.

Jeffco school closures have parents wondering about the future

Donors race to get generators, other aid to hard-hit Ukraine – Boston Herald