Last day to apply for mail ballot, Bill Galvin says, too late to mail them back 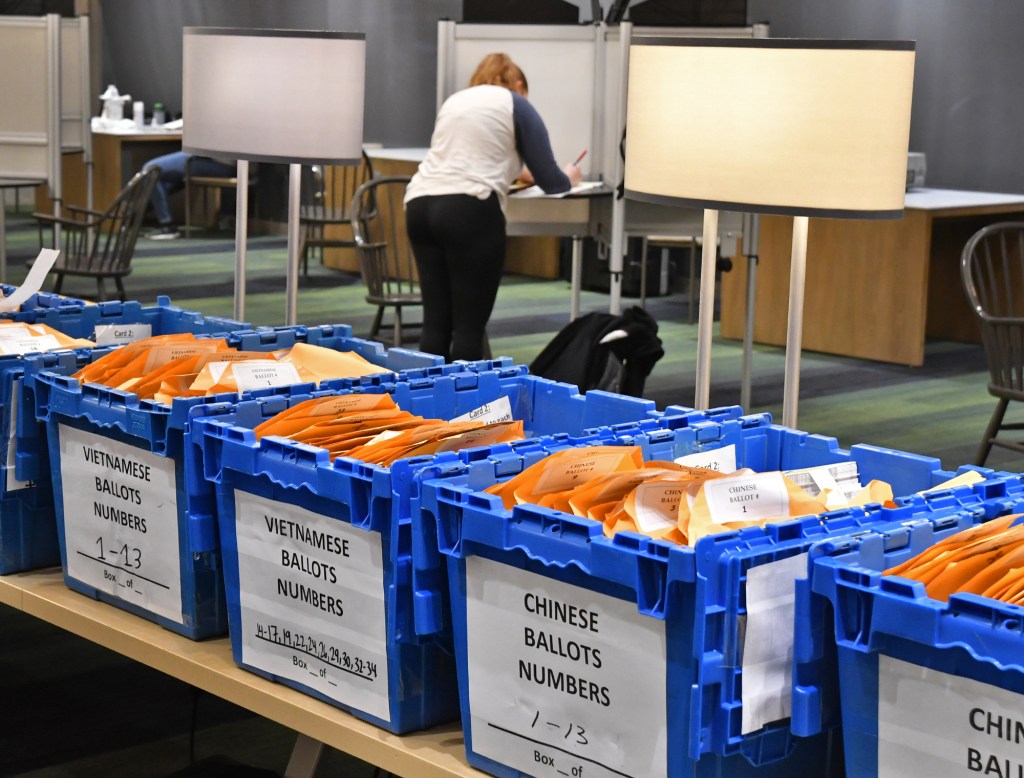 Tuesday is the last day to request a mail-in ballot for the midterms, Secretary of State William Galvin’s office said this week.

“All applications must be received by local election offices by 5 p.m. Voters who have yet to apply for their mail ballots are strongly urged to submit their applications electronically, and as soon as possible,” Galvin’s office said in a Monday release.

The general election on November 8 includes races for the highest offices in the state, every congressional district, and four ballot questions which will substantially affect the laws in the commonwealth.

It is the first general election since the Votes Act was signed by Gov. Charlie Baker this summer, making permanent several popular pandemic era voting provisions including no excuse required mail-in voting and early voting.

At this point, the secretary’s office said, applications must be submitted directly to local elections offices or online — the window to send an application by mail has closed.

“Applications mailed to local election offices… will not reach the office in time for (Tuesday’s) deadline. Applications that arrive after 5 p.m. on November 1 cannot be honored,” the office said.

At a press conference on Oct. 21, Galvin said he expected less than stellar turnout, in person or otherwise, this election cycle due to a historically uncompetitive slate of statewide races.

“We hope that the election, as it grows closer, will grow more interesting to voters,” Galvin said. “While we’re encouraged by the requests of a million, or in excess of a million, vote-by-mails, there does seem to be a certain lack of intensity so far in terms of the campaigns other than the ballot question campaigns.”

According to information provided by the Massachusetts Office of Campaign and Political Finance, spending on the four ballot questions — whether to enact a tax on million dollar incomes, create a floor on dental care spending by insurers, allow more liquor licenses, and to keep or overturn the Work and Family Mobility Act — has far outpaced the races for governor, lieutenant governor, secretary of state, attorney general and state auditor.

Even if you do decide to apply for a last minute mail-in ballot you probably won’t want to mail it back, according to the U.S. Postal service, since it could take up to seven days to arrive and they must be received by, not post marked by, 8 p.m. on election day.

Ballots can be dropped with local elections offices or at designated drop boxes, which can be found by visiting https://www.sec.state.ma.us/ele/eleev/ev-find-my-election-office.htm. Mail-in ballots cannot be turned in at polling locations on election day.