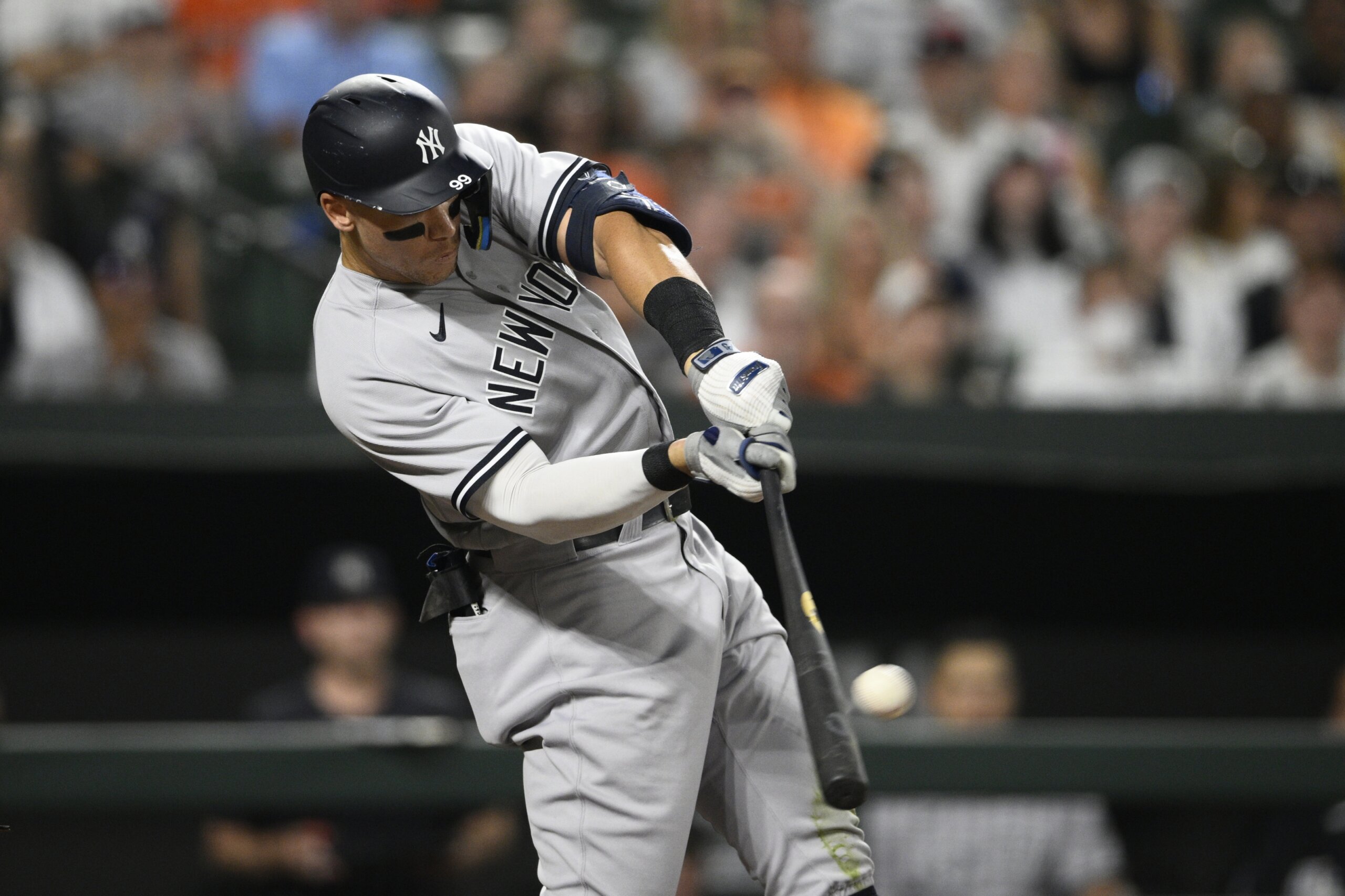 A look at what’s happening around the majors on Tuesday: ___ ALL ABOARD Aaron Judge and Pete Alonso swing away…

A look at what’s happening around the majors on Tuesday:

Aaron Judge and Pete Alonso swing away as the Subway Series starts up at Citi Field with both New York teams in first place.

Taijuan Walker (7-2, 2.55) starts for the Mets, whose once-formidable NL East edge over Atlanta was down to a half-game over the weekend. Walker is 4-0 with a 1.80 ERA in his last seven outings.

Judge tops the majors with 37 homers and has 81 RBIs for the Yankees. Alonso leads the big leagues with 82 RBIs and has hit 25 home runs.

The teams play twice this week at the Mets’ home, then meet for two more games in late August at Yankee Stadium.

The Boston Red Sox will honor David Ortiz in a pregame tribute at Fenway Park, two days after he was inducted into the Hall of Fame.

Ortiz pins will be given to fans as they enter the ballpark for the game against Cleveland.

Big Papi helped the Red Sox win three World Series championships. In 14 years with the Red Sox, Ortiz hit 500 homers, 17 of them in the postseason.

Ortiz was cheered by fans chanting his name and wearing his No. 34 jersey during Sunday’s ceremonies in Cooperstown, New York, about a four-hour drive from Fenway.

The Cardinals will be missing two of their best players — first baseman Paul Goldschmidt and third baseman Nolan Arenado — when they open a two-game series at Toronto. They haven’t received the COVID-19 vaccination and aren’t allowed to enter Canada.

Catcher Austin Romine also won’t make the trip. The trio will be put on the restricted list and forfeit pay and major league service time in accordance with the terms of MLB’s collective bargaining agreement.

The Rays will be without veteran hitters Kevin Kiermaier and Mike Zunino for the rest of the season because of injuries, a significant blow for the defending AL East champions.

Manager Kevin Cash said before Monday night’s game at Baltimore that Kiermaier is having an operation in the coming weeks. The 32-year-old outfielder hasn’t played since July 9 because of a left hip injury.

Zunino, a 31-year-old catcher, hasn’t played since June 9 because of left shoulder problems. He’s out for the season because of thoracic outlet syndrome surgery, according to a team spokesman.