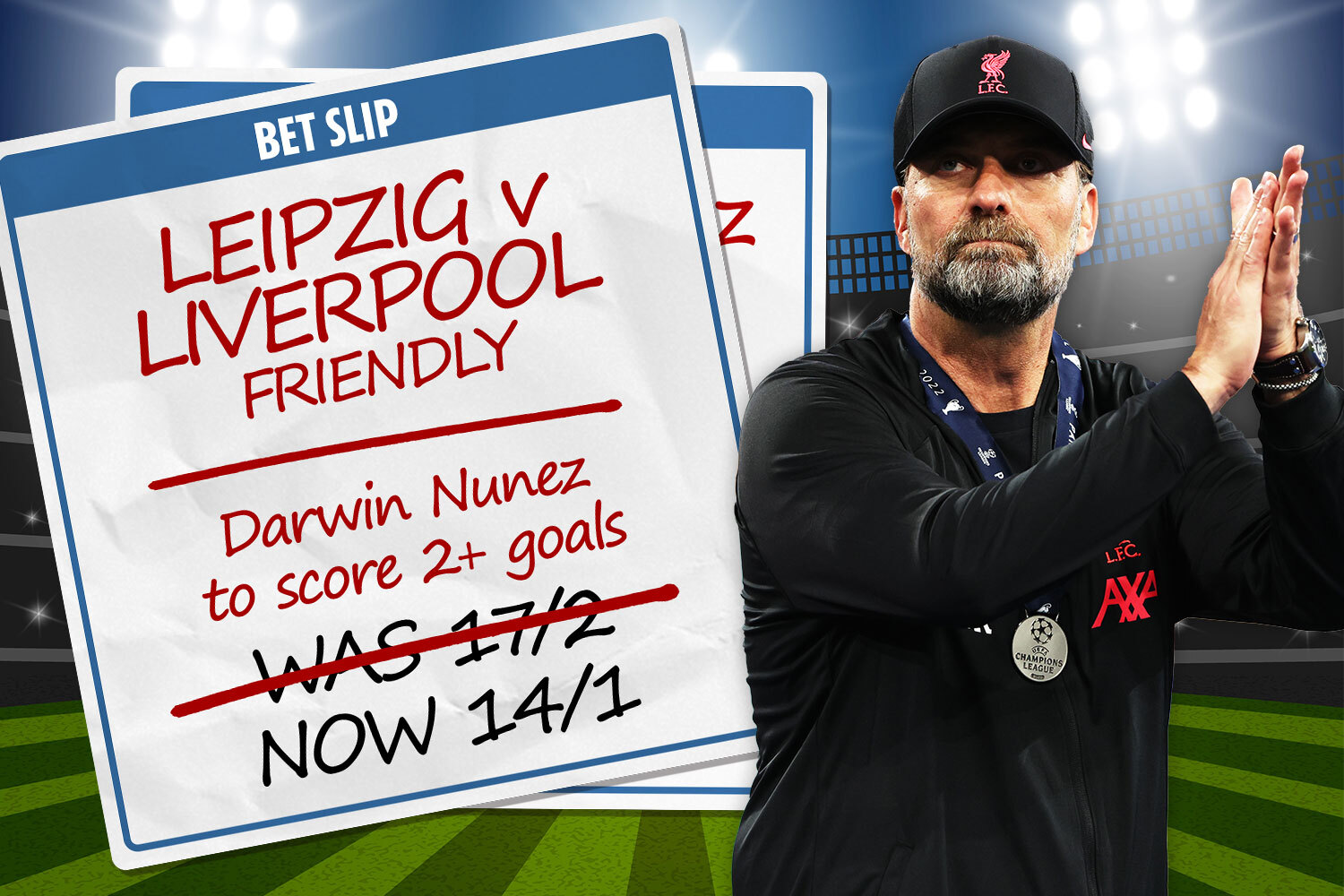 LIVERPOOL are in Leipzig today to take on the Bundesliga side in their latest pre-season friendly.

Liverpool signed their new striker from Benfica for £68m.

The 23-year scored 34 goals for the Portuguese side last season, including twice against his new employers in the Champions League quarter-final.

Tonight’s game will be Liverpool’s third pre-season friendly, and the penultimate one before the Reds kick start their season at Wembley with a Community Shield clash with Manchester City next Saturday.

Jurgen Klopp’s men started pre-season with a 4-0 defeat to Manchester United in Bangkok.

Which they followed up by getting back to winning ways, beating Crystal Palace 2-0 in Singapore.

And you can get Nunez to score his first two goals for the club at a boosted 14/1 now with Sky Bet.

The Reds final match before the Community Shield will be in Austria next week as they take on Salzburg.

Liverpool’s opponents today, Leipzig, came fourth in the Bundesliga last season, but won the DFB Pokal, their first ever piece of silverware, by beating Freiburg on penalties in the final.

After finishing third in a tough Champions League group containing Manchester City and PSG, the Red Bulls then reached the last four of the Europa League, losing 3-2 on aggregate to Rangers.

The two sides previously met in the last 16 of the 2020-21 Champions League season, where Liverpool ran out 2-0 winners in both legs, which were both played in Budapest, Hungary due to Covid restrictions.

Commercial content notice: Taking one of the bookmaker offers featured in this article may result in a payment to The Sun. 18+. T&Cs apply. Begambleaware.org

A responsible gambler is someone who:

For help with a gambling problem, call the National Gambling Helpline on 0808 8020 133 or go to www.gamstop.co.uk to be excluded from all UK-regulated gambling websites.

Most read in Betting Tips