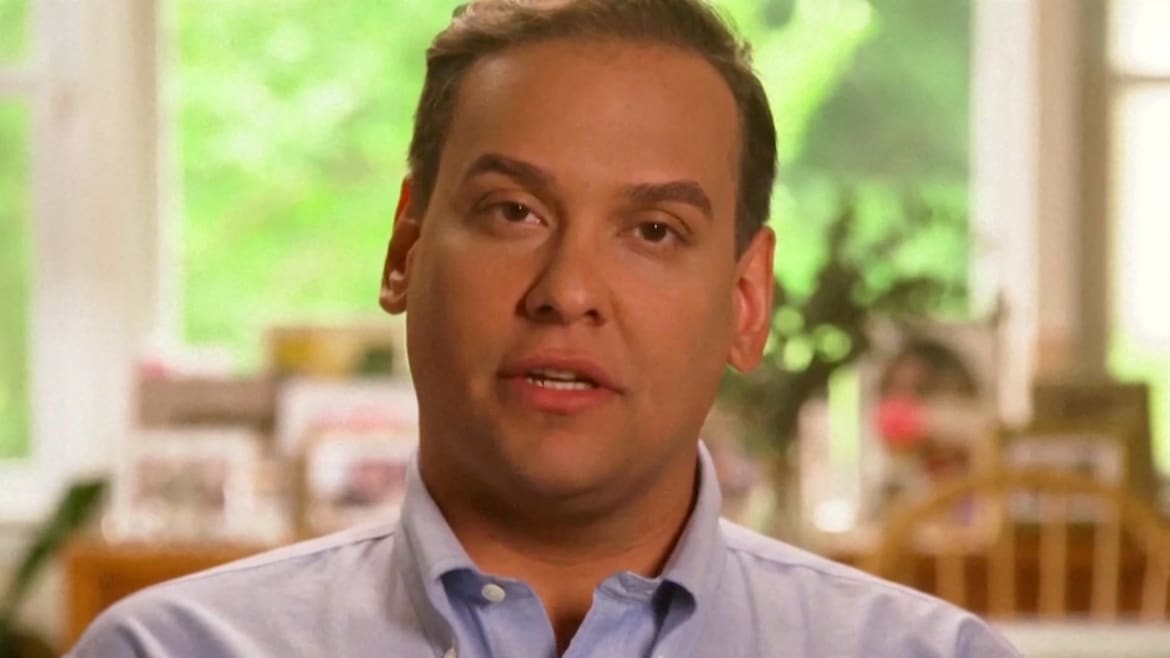 The perplexing series of alleged lies from George Santos, the Republican congressman-elect from Long Island under investigation by county, state and federal prosecutors, have continued to roll in this week—with each “embellishment” as shocking as the last.

Among the new claims under scrutiny in the last 24 hours: Santos’ high school education, his claim to be half-Black, a claim that his family’s Jewish last name was Zabrovsky, and that “9/11 claimed” his mother’s life after she’d “fled socialism” in Europe.

In reality, a genealogist told CNN Santos’ mother was born in Brazil, where her family had lived since the late 1800s before she moved to America. She never lived in Belgium, as Santos told a radio station in 2020, and his maternal grandparents never ditched their supposedly Jewish last name “Zabrovsky” after fleeing the Holocaust—because the entire backstory appears to be a sham.

“For a lot of people who are descendants of World War II refugees or survivors of the Holocaust, a lot of names and paperwork were changed in the name of survival. So I don’t carry the family last name that would’ve been Zabrovsky,” Santos told Fox News in February.

Professional genealogist Megan Smolenyak said there’s “no sign” of Jewish heritage in Santos’ family tree, and “no indication of name changes along the way.”

Santos’ tall tales weren’t just one-offs. It was unearthed that he leaned into his false background, sharing to a since-deleted Facebook page a GoFundMe fundraiser that used the alias “Anthony Zabrovsky,” CNN reported.

Online sleuths also dug out 2020 tweets on Wednesday in which Santos claimed to be half-Black during the height of protests following George Floyd’s murder.

Santos had invoked Dr. Martin Luther King’s name while criticizing a “black anthem” as being “divisive,” adding that his “biracial” background was the primary reason for his opposition.

When someone replied to ask how Santos was biracial, the 34-year-old responded that he was “Caucasian and black,” despite no other public mention of his purported Black ancestry.

In the summer of 2021, Santos tweeted “9/11 claimed my mothers life,” but in December wrote that his mom had died just five years ago. His campaign website appears to attribute her death to 9/11, saying she “was in her office in the South Tower on September 11, 2001” and “survived,” but “passed away a few years later when she lost her battle to cancer.”

Lastly, Santos was accused Wednesday of falsely claiming he went to high school at Horace Mann, an elite preparatory school in the Bronx, before dropping out four months before graduation because of financial trouble.

“He began Horace Mann preparatory school in the Bronx, however, did not graduate from Horace Mann due to financial difficulties for his family,” said a 2019 biography on a page for his failed first run for Congress. “He obtained a GED during his senior year.”

Santos told a YouTube channel in 2020 that dropped out of Horace Mann because his family fell on hard times during the 2008 recession, destroying their real estate business.

The story is bogus, however, with a Horace Mann spokesperson telling CNN the school has “no evidence” that Santos ever attended.

George Santos’ Massive Campaign Loans May Not Be Legal

The curtain was first pulled back on Santos’ shady background in April, when The Daily Beast reported that his most recent employer was accused by federal prosecutors of being a Ponzi scheme. The New York Times then published a damning piece pulling apart his entire resume, from his claim to having worked in the top ranks of Goldman Sachs and Citigroup, to his non-existent dog charity, and his claim to own 13 rental properties. (In fact, he was a deadbeat tenant who currently lives with his sister, the New York Post reported.) The Daily Beast then reported on Dec. 22 that he’d been married to a woman from 2012 to 2017 while claiming to be openly gay.

Santos eventually copped to “embellishing” his resume but tried to claim he’d only ever described himself as “Jew-ish” and not Jewish (another claim that was easily debunked by campaign material and videos in which he called himself a “proud Jew.”)

He has since cleaned up his personal biography on his campaign website to wipe it clean of any questionable details about his personal life. But Santos is nevertheless under investigation by the Nassau County D.A., the New York Attorney General’s Office and federal regulators who are probing whether he committed any crimes involving his finances and falsehoods on the campaign trail.

Despite this dizzying amount of BS, Santos has insisted he still plans to take office in January.