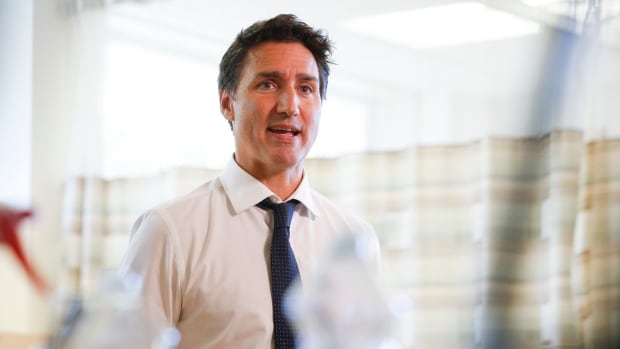 With Parliament getting ready for the return of MPs, the Liberal cabinet is kicking off three days of meetings in Vancouver today to hash out the government’s fall playbook, with the rising cost of living and the state of the economy expected to top the agenda.

“The tone going into this is getting down to business, getting the work done and delivering for Canadians on these big things that they expect from us and also are our priorities,” a senior government official told CBC News on background.

“We’ve got these commitments and we are going to deliver on them.”

Delivering on those commitments once Parliament resumes on Sept. 19 will involve balancing the priorities of both Liberal supporters and the party’s parliamentary partners in the NDP.

Earlier this year, the Liberals and New Democrats struck a deal committing the NDP to voting with the minority Liberal government in the House of Commons on confidence votes until June of 2025, in exchange for the government meeting a number of benchmarks along the way.

The New Democrats say that at least two of those commitments must be met before the Christmas break if the Liberals want the deal to stay intact.

The NDP wants to see the first stage of a universal dental care plan roll out, initially covering families with kids under 12 that earn a family income of less than $90,000. The party also wants a one-time top-up to bring the Canada Housing Benefit up to $500, and says it wants that increase renewed in coming years if cost of living challenges remain.

The Canada Housing Benefit, developed by the federal government and the provinces, was launched in 2020 with joint funding of $4 billion over eight years. The benefit is meant to provide direct financial support to Canadians who are struggling with housing needs.

An NDP official speaking on background said that up to two million Canadians could benefit from the means-tested payments, with the federal government having earmarked $475 million in the budget for the initiative.

A floor, not a ceiling

The deal between the NDP and the Liberals set the end of this year as the deadline for both initiatives. New Democrats say that, so far, it appears those commitments will be fulfilled in time.

“On both those components, we are pretty close to where we want to go in negotiations,” a senior NDP official told CBC news on background. “I am confident that we will have something to tell media by the end of the month.”

The NDP regards the phase one dental care commitment as only a first step. If the Liberals want their deal with the NDP to remain in place, New Democrats say, they must extend dental care to under 18s, seniors and people with disabilities by the end of 2023, before full implementation of the program by 2025.

The NDP says that these two commitments are a floor, not a ceiling and they will be using opposition days, in-person meetings and private members bills to push for other measures this fall to help Canadians deal with the rising cost of living.

Among those initiatives, the party says, will be a push to help families with one-time boosts to the GST rebate and the Canada Child Benefit, a call for more funding to help workers transition into green jobs, and a demand for further climate action.

While it’s not clear which approaches the Liberal cabinet might discuss beyond boosting the housing benefit, Prime Minister Justin Trudeau said last week that his government is always looking for ways to ease the burden of inflation.

“We have historic low unemployment right now, lots of people have jobs, but there is still real challenges and we are going to continue to do what is necessary to support vulnerable Canadians as we move forward,” Trudeau said.

The prime minister added that, whatever his government does next to address the cost of living, it will be “careful not to do things that will accelerate or exacerbate the inflation crisis we’re facing.”

One proposal in the NDP/Liberal deal would re-focus the Rental Construction Financing Initiative (RCFI) on affordable units.

The RCFI is a government program that provides low-cost financing to developers to help them build rental units in areas where the supply is low.

The government official said that Canadians should expect some announcements on housing and the cost of living focusing on British Columbia before, during and after the caucus retreat.

In the media release announcing the cabinet retreat, the PMO said that ministers also will discuss how the government can build “a green, healthy future for everyone.”

The government official said that this discussion will stretch across ministries as the government looks to ensure there are well-paid jobs in both the electric vehicle industry and the oilpatch.

New Democrats said they have been meeting with workers in the oilpatch who fear for their children’s economic futures as the economy moves away from fossil fuels.

The NDP said that while it will continue to press the Liberal government to act in that area, it won’t threaten the deal — even though there are some 2022 timelines requiring action in the agreement’s text.

The deal requires that the Liberals “move forward” on creating a Clean Jobs Training Centre to support, retrain and redeploy workers by this year, but the text of the deal is not specific on what has to happen for the deal to survive.

Britain at its best: Staffordshire’s Churnet Valley, once marred by industry, now a rural idyll

Analysis: Labour’s plan to save the union assumes devolution does not mean…