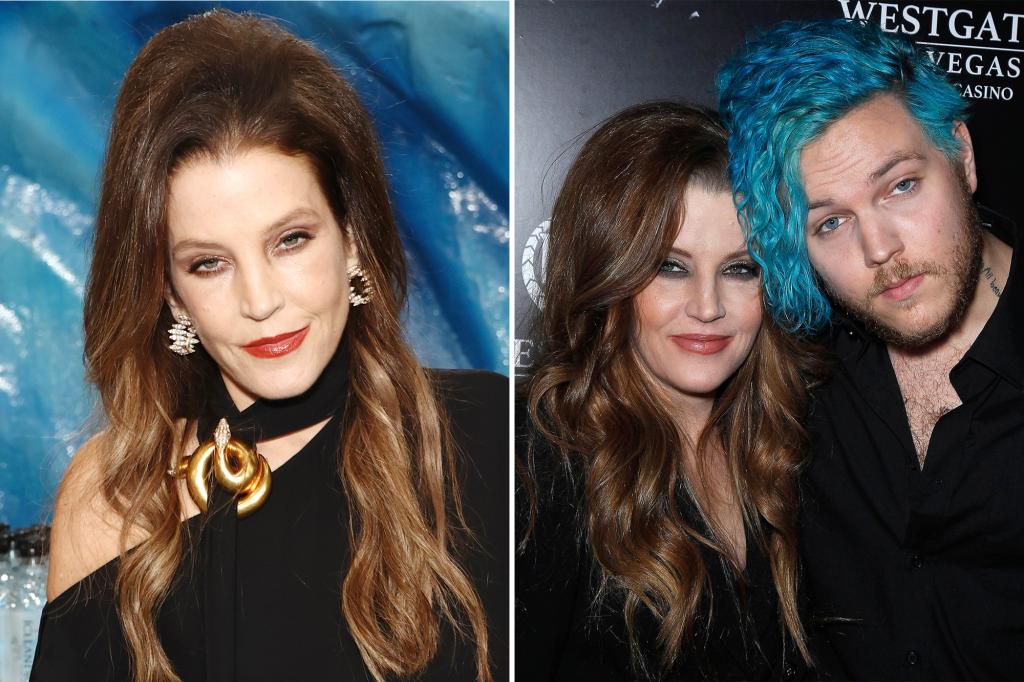 The daughter of Elvis Presley died suddenly Jan. 12 at 54 from cardiac arrest, mirroring her father’s 1977 death.

Just days before her tragic passing, the singer visited her late son Benjamin’s grave on the Graceland estate and expressed her wish to be buried next to him, People reported.

The “Lights Out” singer visited the Memphis residence’s Meditation Garden — where both her father and her son are buried — on Jan. 8 with her friend, David Kessler.

“We sat there mostly in silence by Ben’s grave,” Kessler told People of the day. “She showed me where she’d be buried someday, right across from her father’s grave.”

“She was very excited about what was coming up. She had such a challenging first and second act of life, and she was about to take on this third act that was so much about helping people,” he added.

Ben died by suicide in 2020 after reportedly suffering from drug and alcohol abuse.

A public memorial for Presley is set to be held Jan. 22 on the front lawn of Graceland. The family noted in a statement that in lieu of flowers, donations can be made to the Elvis Presley Charitable Foundation.

The famous property will now be passed down to Presley’s daughters Riley Keough, 33, and twins Harper and Finley Lockwood, 14.

Presley died just two days after her final public appearance at the Golden Globe Awards, where she stepped onto the red carpet with her mother Priscilla Presley, “Elvis” star Austin Butler and director Baz Luhrmann.

However, the mother of four looked frail during the ceremony and appeared unsteady on her feet.

In her final Instagram post before her death, the songwriter chillingly reflected on life after Ben’s passing.

“Today is National Grief Awareness Day, and since I have been living in the horrific reality of its unrelenting grips since my son’s death two years ago, I thought I would share a few things to be aware of in regard to grief for anyone who is interested,” she wrote. “If not to help yourself but maybe to help another who is grieving.”

Presley added that she found that “grief does not stop or go away in any sense.”

“Grief is something you will have to carry with you for the rest of your life, in spite of what certain people or our culture wants us to believe,” she said. “You do not ‘get over it,’ you do not ‘move on,’ period.”