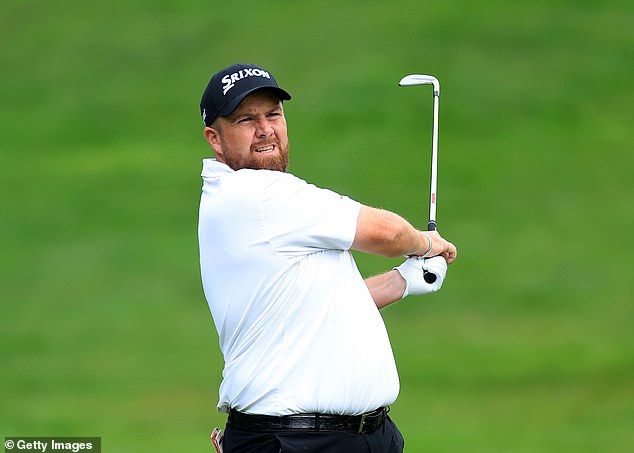 Shane Lowry has become the latest to blast players who’ve swapped the traditional golf circuit for the lucrative and controversial LIV Tour.

The tension between the two tours has only intensified this week with 17 LIV rebels allowed to play the BMW PGA Championship at Wentworth in England, which got underway today.

LIV Golf members have been suspended by the PGA Tour and from most DP World Tour events, though they are allowed in the field this week at Wentworth if they are ranked inside the top 60 in the Official World Golf Rankings — something that can’t be improved by playing in LIV Golf events.

Rory McIlroy, the most vocal critic of the Saudi-backed event, said it would be ‘hard to stomach’ seeing LIV stars at the European circuit’s flagship tournament while Billy Horschel and Jon Rahm both took aim at the contingent.

Now Lowry has hit out at the ‘disruptive’ players and admitted he finds particular players being at the event unbearable and he doesn’t ‘hang out’ with those that have defected anymore.

‘There’s some of the guys I kind of don’t mind them being here given what they have done for the Tour over the years,’ he told Sky Sports. ‘There are certain guys I just can’t stand them being here to be honest.

‘I don’t like it that they are here. I think to be honest, the one thing that has really annoyed me over the last few months is how disruptive they are all trying to be.

‘Obviously they are here for world ranking points somewhat but they are here to be disruptive and I don’t like it. To be honest, if I put myself in those guys’ shoes, would I be here this week? No, it’s too uncomfortable for me.

‘It is what it is. Like I said it’s the BMW PGA Championship, the biggest event in Europe and we would be talking about that and we are not. It’s disappointing.

‘Anybody that knows me, I don’t like confrontation or any of that stuff. I’ll say hello and do my thing. That’s the way I’ll be. Obviously the lads, I’ve known them for years and some of them became quite good friends over the last few years. 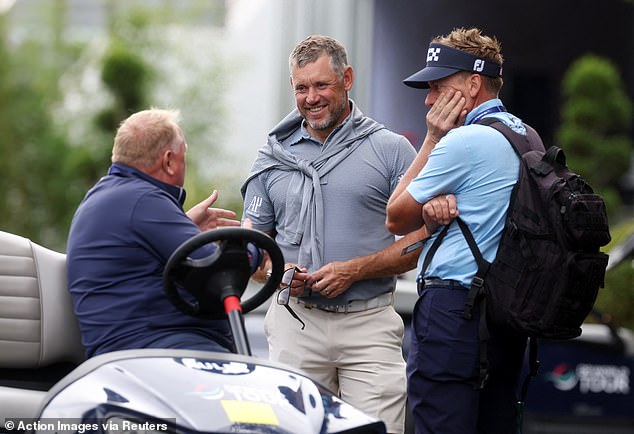 ‘But obviously I haven’t seen them in a long time now, don’t hang out with them anymore.

‘Probably won’t be going out for dinner because we haven’t seen each other. But yeah there are certain lads that I shake hands with and certain hands I wouldn’t.’

McIlroy said his relationship with ex-Ryder Cup team-mates Lee Westwood, Ian Poulter and Sergio Garcia is over following their switch to the breakaway league.

‘I wouldn’t say I’ve got much of a relationship with them at the minute. But if you’re talking about Ryder Cup, that’s not the future of the Ryder Cup team.

‘They have played in probably a combined 25 Ryder Cups, 30 Ryder Cups, whatever it is. The future of the Ryder Cup is the Højgaards (Danish twins Rasmus and Nicolai), Bobby Mac (Robert MacIntyre), whoever else is coming up. Like they are the future of The Ryder Cup Team. That’s what we should be like thinking about and talking about.’

Lowry agreed that those who have made the decision to join LIV have probably waved goodbye to their European Ryder Cup chances. 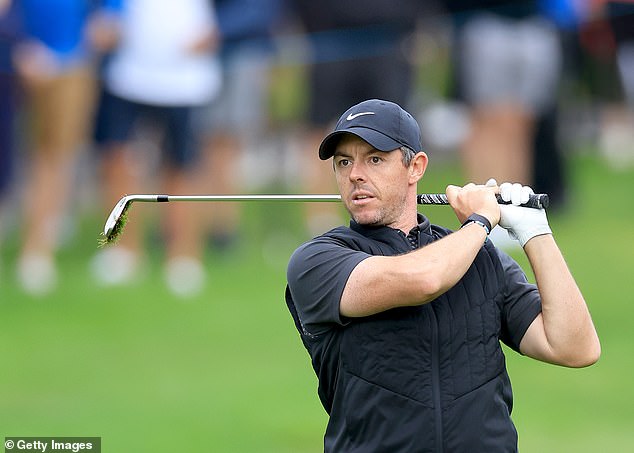 ‘I think without those guys, we still have a good team. With all due respect to a lot of those guys over at LIV, I think they know themselves and that’s why they went to LIV, their Ryder Cup days are probably over.

‘Obviously they are lined up as next captains but there’s not too many of them that would have too many Ryder Cups.’

McIlroy is the favorite to win the BMW PGA Championship on Sunday and he aimed a dig at the rebels when asked if there is more of an incentive to win if he finds himself in contention alongside a LIV Golf, which has just three rounds, member.

‘I mean, I’ll be trying to win a golf tournament regardless. They are going to be pretty tired on Sunday; it will be the fourth day.’

Tempers appeared to flare between Ian Poulter and Horschel as they remonstrated with each other on the practice green at the BMW PGA Championship Wednesday.

Horschel name-checked Lee Westwood, Poulter, Abraham Ancer, Talor Gooch and Bernd Wiesberger as players having their cake and eating it earlier this week.

The world No. 15 said: ‘They signed a contract with LIV and factored in an understanding that they may not get any of the rewards they had on the DP World Tour and PGA Tour. They put a price number on that. That’s the contract they signed with LIV.

‘I talked with Ian Poulter and Lee Westwood, Bernd Wiesberger, guys I get along with. I don’t fault them for making that decision. But you made a decision that is going to weaken both tours.

‘Abraham Ancer, Talor Gooch — you have never played this tournament, you have never supported the DP World Tour. Why are you here? You are here for one reason only and that’s to try to get world ranking points.

‘Some of these guys have said they wanted to play less golf. It’s pretty hypocritical to come here and play outside LIV when your big thing was to spend more time with family and play less golf.’

2024 Chevrolet Equinox EV will have 300 miles of range

TikTok star who lampooned his own weight dies at 28