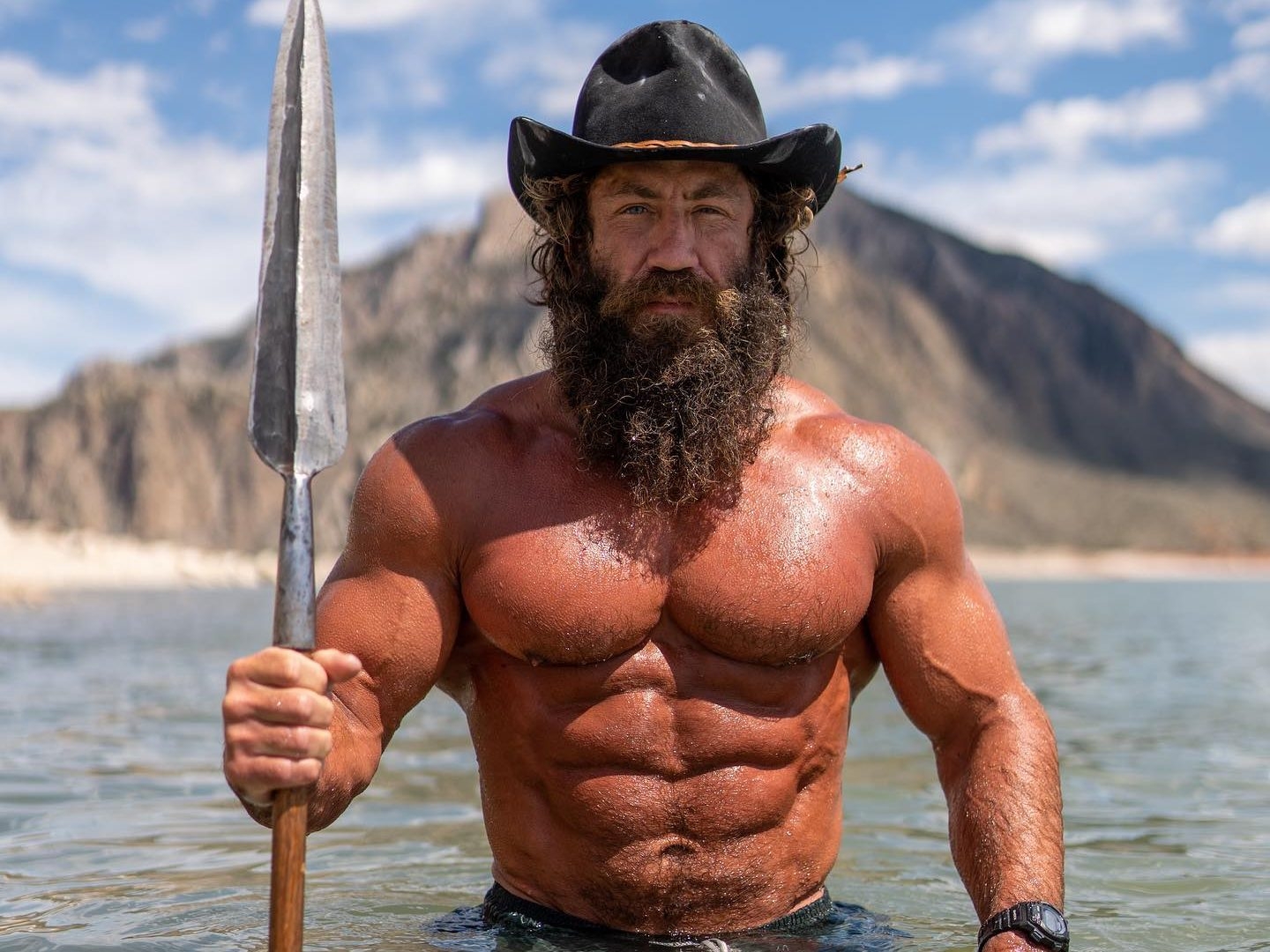 A bodybuilder known as the “Liver King” may not be naturally huge as he claims to be.

Brian Johnson, who became famous for living a natural lifestyle and sticking to a “caveman diet” that includes eating raw animal liver, bone marrow and egg yolks, has been accused of using steroids to achieve his ripped body.

Johnson has more than 1.7 million followers on Instagram, where he has maintained his intense workouts and questionable eating habits are how he has all his muscles and has firmly denied any use of performance-enhancing drugs.

In August, he said the only PEDs in his life are when he reminds people to Prioritize, Execute, and Dominate their goals.

However, a YouTuber named Derek has accused the father of two of excessive steroid use.

Derek’s channel, “More Plates More Dates,” speculates on whether bodybuilders are naturally built or look the way they look due to steroid use.

Derek, a bodybuilder and trainer himself, is seen in the video showing emails Johnson allegedly sent to an unnamed coach in 2021 in which he shares his goals to build up his “Liver King” brand and admitted to spending $11,000 a month on steroids.

Most of the comments on the video, which has garnered more than 2.1 million views since it was posted on Tuesday, were of the unsurprised variety.

“I had no idea that people were following him for actual health reasons,” one person wrote. “I was 100% sure that we were all tuning in knowing we’re just watching some dude on steroids eat bull balls.”

A second person added: “Anyone with two brain cells to rub together knows he’s not natural, but the burden of proof is on us. I don’t think this will rank his brand, but I’d love to see his response to this.”

The comments on Johnson’s recent posts are now being filled by those calling him out.

“You could have just done what a lot of bodybuilders do and never talk about drug use, or you could repeatedly lie to your followers for financial gain,” one person wrote. “Not surprising, but still disappointing.”

A second added: “So I guess the tactic so far is to just try and ignore the sh#t storm that’s brewing?”

Johnson has since told Rolling Stone he was “grateful” for Derek’s video – but did not address the steroid allegations or the authenticity of the emails.

“In a weird way, I’m grateful for the recent events that have shed light on this complicated-as-f*** topic.”

Support for family of Woolworths employee who died during shift

Bruce Lehrmann trail is over