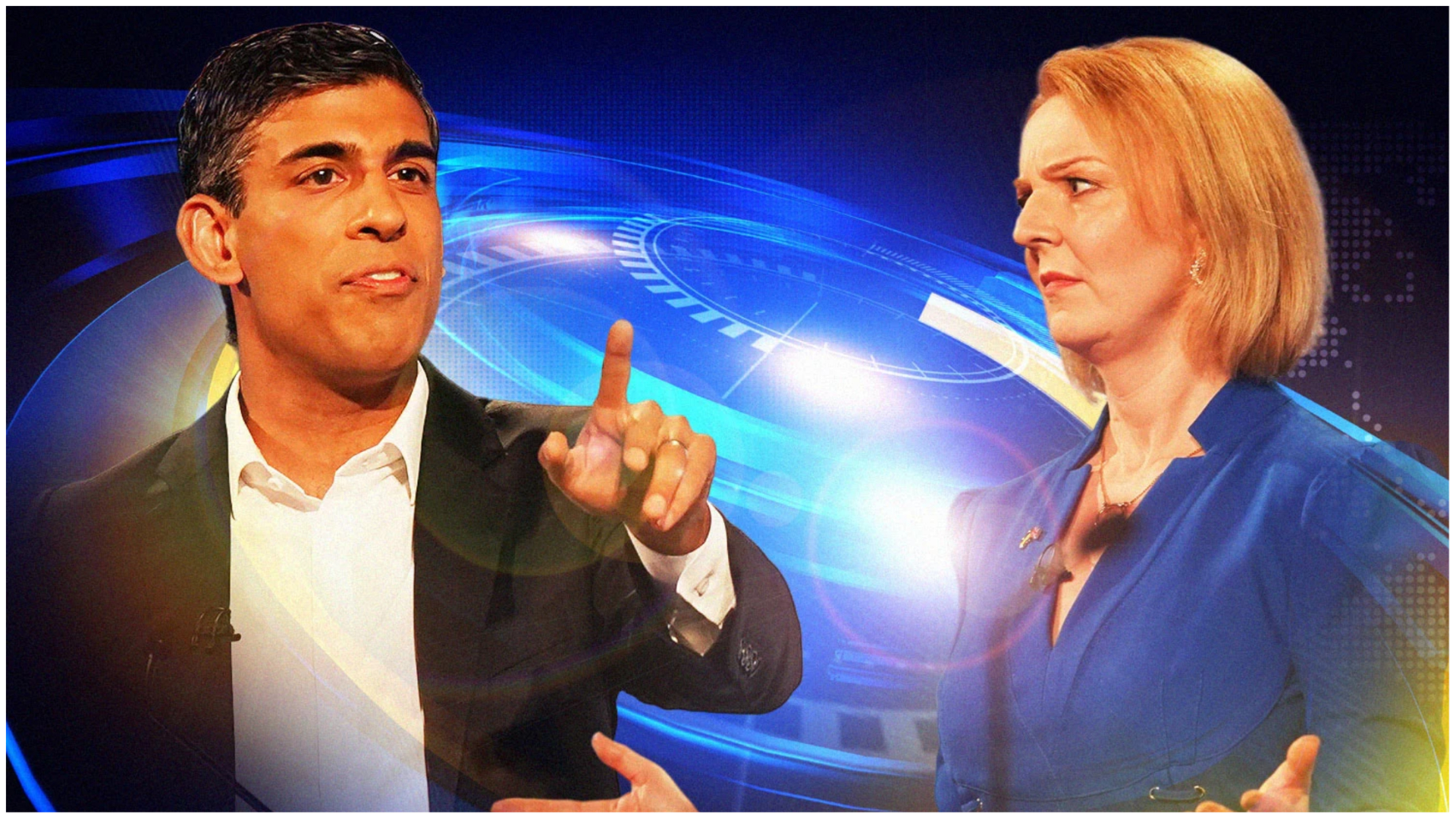 LIZ Truss and Rishi Sunak face their toughest test yet tonight as they go head-to-head in The Sun’s blockbuster leadership debate.

Both wannabe PMs will make their pitch to readers and the nation in a mouth-watering prime time showdown at 6pm live on TalkTV.

Sparks are set to fly once again in the heated race for No10 as the candidates prepare to clash in key battlegrounds.

Rishi Sunak and Liz Truss will go head to head in The Sun’s Showdown: The Fight for No.10 – watch on thesun.co.uk, youtube.com/thesun and TalkTV at 6pm today

Sun readers crying out for solutions to the cost of living nightmare will put them on the spot over their plans to ease the pain.

They will also grill them on a range of subjects at the heart of their plans for Downing St.

Ms Truss goes into tonight’s debate as the favourite after wooing Tory members with a true-blue agenda for bumper tax cuts.

The bookies give the Foreign Secretary an almost 80 per chance of storming the race and becoming Britain’s 56th PM, leaving Mr Sunak playing catch up on just over 20 per cent.

The former Chancellor is offering tax cuts only when inflation is wrestled under control and accuses his rival of peddling “fairytale” economics.

He insists Ms Truss’ tax-cutting spree would only surge prices higher and “tip millions into misery”.

The battle for the soul of the Tory party was laid bare last night when the pair crossed swords.

Ms Truss accused Mr Sunak of waging “Project Fear” and “scaremongering” by rubbishing her blueprint to turbocharge the economy.

In a brutal swipe Mr Sunak shot back: “I remember the referendum campaign and there was only one of us who was on the side of Remainer Project Fear – and it was you not me.”

Both ae vying for the votes of around 160,000 Tory party members who will decide who replaces Boris Johnson as PM.

Ballots go out to activists next week and the winner will be announced on September 5 to start in No10 the next day.

Ahead of the Sun debate this morning allies of both candidates toured TV studios making the case.

But Cabinet minister Robert Buckland, who is supporting Mr Sunak, played it down as “robust debate”.

He said: “There’s this balance to be struck between having a vigorous debate and being sort of almost too polite to each other.

“I think it’s inevitable that you’re going to have candidates disagreeing, and frankly, we need to hear what the arguments are.

“We shouldn’t shy away from robust debate, which is what we’re getting. I think it’s refreshing and good.”

THE Sun’s Showdown: The Fight for No.10 will be shown on all Sun platforms (thesun.co.uk, youtube.com/thesun) and TalkTV at 6pm today.