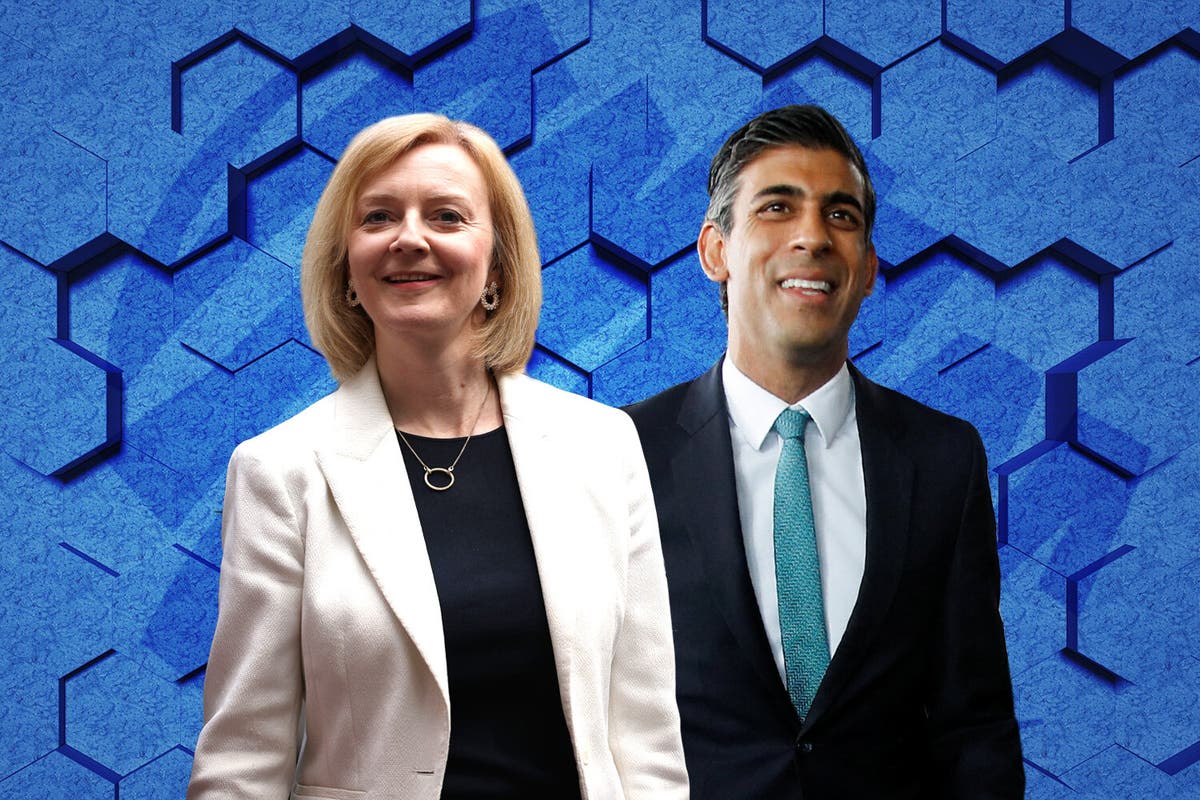 iz Truss has insisted she is still fighting for every vote despite polls suggesting she is on course to become the next prime minister.

Following the initial hustings since the final two candidates were decided, Ms Truss has seen a surge in her fortunes with one YouGov poll of Tory voters revealing 50 per cent believe she performed better than Rishi Sunak (39 per cent) during the BBC debate on July 25.

A previous poll by YouGov on July 21, placed Ms Truss ahead with 62 per cent to 38 per cent support among Tory voters.

After the second debate in Leeds on Thursday, Ms Truss then secured the support of Defence Secretary Ben Wallace, and former leadership hopeful Tom Tugendhat, in a further blow to Mr Sunak’s route to No10.

Speaking at an event in Bromley on Saturday, where her new backer also appeared, Ms Truss was asked if the race is now hers to lose, but the South West Norfolk MP told reporters: “This is a very, very close race, and I am fighting for every vote.”

When asked about her plan to help people facing the worsening cost-of-living crisis, Ms Truss repeated her promises to reverse the national insurance rise and impose a temporary moratorium on the green energy levy.

She added: “The way that we’re going to deal with this crisis is by growing the economy.”

Ms Truss did admit, however, that she was “delighted” to have Mr Tugendhat as a supporter although she insisted she’s not handing out Cabinet jobs just yet.

Mr Sunak, who travelled to Winchester, spoke of his commitment to protect farming communities.

In a piece for the Coutryside Alliance magazine, following a separate article from his rival, he said “farming is part of the DNA” of his North Yorkshire seat of Richmond as he vowed to “always back our farmers”.

But while he said his “mission has always been to do things ‘for’ rural communities, not ‘to’ them”, the ex-chancellor did not set out specific policies to help them.

Speaking later in West Sussex, Mr Sunak is expected to launch an attack on “woke nonsense” although he will declare that he has has “zero interest in fighting a so-called culture war”.

The Tory leadership hopeful will also pledge to “end the brainwashing, the vandalism and the finger pointing” and “protect British freedoms” if he becomes prime minister.

The pair will participate in further hustings events before facing off again in a live debate on Sky News on August 4.

The deadline for votes is September 2 with a new prime minister announced three days later.

How election conspiracies cast a shadow over GOP, WA midterms

How election conspiracies cast a shadow over GOP, WA…