Liz Truss: Who is Liz Truss, is Liz Truss from Paisley, the ‘true blue’ Tory MP and Foreign Secretary standing in the Conservative leadership race 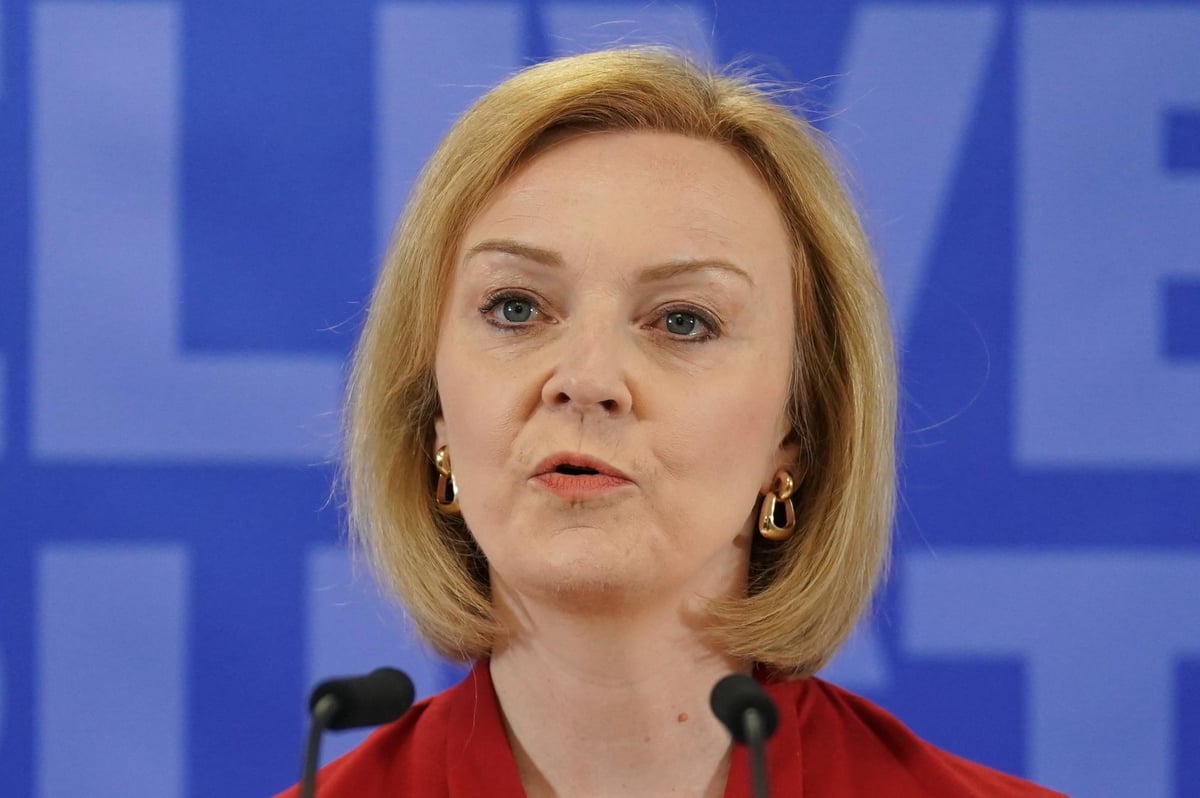 Liz Truss could be Britain’s next Prime Minister as she contends with Rishi Sunak as the only other remaining candidate in the race to become the next Tory Party leader.

This was announced on July 20 after Penny Mordaunt was eliminated from the Tory Leadership race.

Labelled the ‘true blue’ candidate by some, she is known for her right-wing political leaning and for being one of Boris Johnson’s biggest advocates.

Liz Truss at the launch of her campaign to be Conservative Party leader and Prime Minister, at King’s Buildings, Smith Square, London. Picture date: Thursday July 14, 2022.

Truss is a favourite among Boris Johnson supporters, with backing from Johnson Cabinet stalwarts Nadine Dorries and Jacob Rees-Mogg.

Despite hitting the headlines for a number of odd mishaps (including her famous cheese speech), after her latest result she is now a favourite to face Sunak in the competition to win the ballot of Conservative members (of which the results will be shared on September 5.)

Who is Liz Truss? And what has she pledged under her leadership bid?

Who is Liz Truss?

Liz Truss is one of the longest-serving Cabinet ministers of the sitting Tory MPs and has served as MP for South West Norfolk since 2010.

The 46-year-old was born in Oxford and grew up with Labour-supporting parents (a teacher and a nurse) but attended primary school in Paisley, high school in Leeds, and then studied at Oxford where she was president of the university’s Liberal Democrat group.

At Merton College, Oxford, she studied Politics, Philosophy and Economics and switched Conservatism around this time.

Initially, Truss was a Parliamentary Under Secretary in the education department and later became a Rural Affairs Secretary before then rising to the post of Justice Secretary and then Chief Secretary of the Treasury.

She struck deals with New Zealand, Japan, and Australia in 2019 when she was appointed as International Trade Secretary, before becoming the Foreign Secretary after Dominic Raab was sacked from the position (after failing to act to save interpreters in Afghanistan from the Taliban.)

Currently, Liz Truss holds the roles of Foreign Secretary and Minister for Women and Equalities.

Liz Truss’ Leadership Bid: what has she pledged?

Truss announced her leadership bid via a pay-walled article for The Telegraph, writing that she would “keep corporation tax competitive” and reverse the National Insurance rates increased by Rishi Sunak.

Currently, like every other contender apart from Sunak, her headline policy is to cut taxes immediately if she assumes the role of Prime Minister.

She has mentioned cuts to the civil service and expressed her support for the private sector with a long-term plan to decrease the “size of the state”.

She also mentioned she would work to expand the “vast opportunities” that Brexit has brought the UK.

Nadine Dorries and Jacob Rees-Mogg, both prominent backers of Boris Johnson, expressed their support for Truss during an interview on Tuesday.

Liz Truss has consistently voted in favour of same sex marriage and equality for gay rights, as well as higher taxes on alcoholic drinks.

Truss has also voted to privatise the Royal Mail, voted to replace Trident with a new nuclear weapons arsenal, voted against heightened gambling restrictions, and voted against climate change acts.

She also voted against bestowing greater power to the Scottish parliament.

Controversially, Truss voted against increased benefits for those with long-term illnesses or disabilities.

What did Liz Truss say about Scotland?

On the matter of Scottish Independence, Truss has remained quiet, yet has sparked controversy over other Scottish remarks.

In 2019, she made claims about the UK Government’s generosity to Scotland, declaring that the Treasury was set to offer the country an extra £737 million due to poor growth.

However, a statistics watchdog called out these “incorrect” claims as it was revealed the cash was actually money that had been deducted from the 2017-18 block grant as the government overestimated the cash requirements for the recent devolved taxes.

Truss also enacted a trade deal with Australia that enraged local Scottish farmers and opposition MP’s as it was feared this agreement would put Scots farmers and UK producers out of business.

Despite Liz Truss voting “remain” in the 2016 Brexit referendum, she later advocated leaving the EU, claiming her former decision was a major regret for her.

She is now a firm ‘Remain’ Brexiteer, boasting a hard-line stance against the European Union.

Indonesia, US, and partner nations ready for Garuda Shield 2022