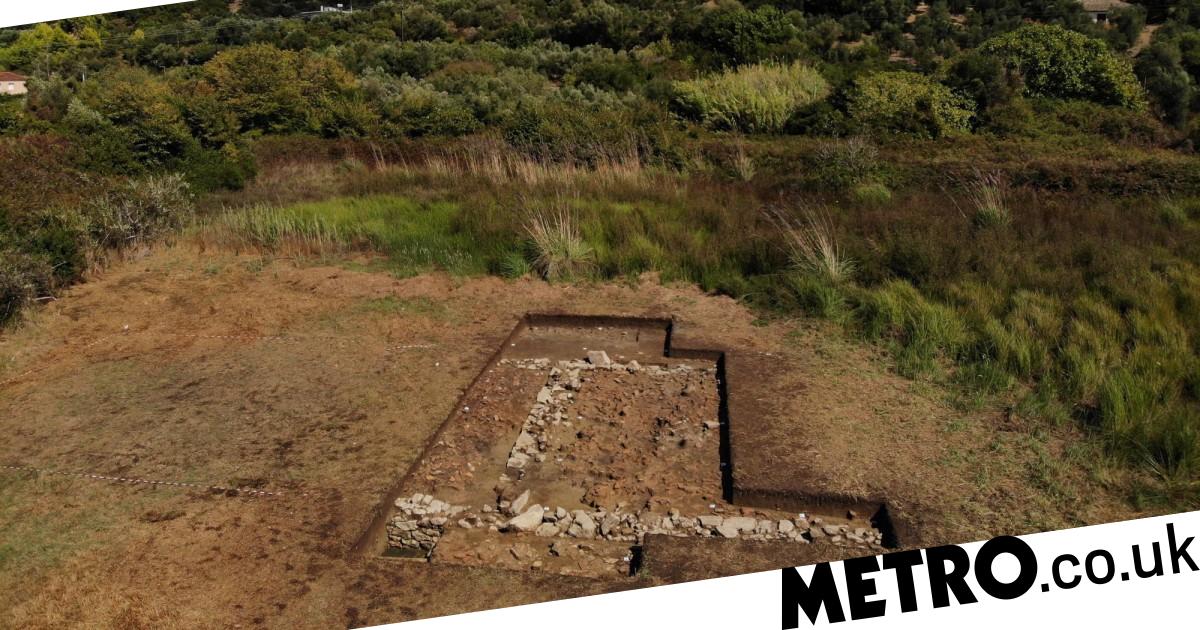 An ancient temple dedicated to Poseidon which was thought to be long lost after a series of tsunamis hit Greece has been discovered by archaeologists.

The remains of what researchers believe was the temple of Poseidon were unearthed at the Kleidi site in Samikon, near the city of Krestena in Greece.

Its location reportedly corresponds to the area that was mentioned in writings by the ancient Greek historian Strabo, who described the shrine more than 2,000 years ago.

Archaeologists from Austria, Germany and Greece all collaborated to make the astounding discovery.

They reportedly uncovered the remains of the early temple-like structure which was located within the Poseidon sanctuary site and was probably dedicated to the mythological god himself.

Professor of Geomorphology Andreas Vött said in a statement: ‘The results of our investigations to date indicate that the waves of the open Ionian Sea actually washed up directly against the group of hills until the 5th millennium BC.

‘Thereafter, on the side facing the sea, an extensive beach barrier system developed in which several lagoons were isolated from the sea.’

Evidence showed that the region was repeatedly hit by tsunamis in both prehistoric and historic periods, with the most recent ones dating back to the 6th and 14th centuries AD.

Vött added: ‘The elevated situation provided by the hills would have been of fundamental importance in antiquity as it would have made it possible to move on dry land along the coast to the north and to the south.’

The traces of the structure were reportedly found at the eastern foot of the hill by geophysicists led by Dr Denis Wilken of Kiel University in the autumn of 2021.

Excavations led by Dr Birgitta Eder from the Austrian Archaeological Institute, later showed that the structures could be the foundations the long-lost temple of Poseidon.

Eder said: ‘The location of this uncovered sacred site matches the details provided by Strabo in his writings.’

Extensive archaeological, geoarchaeological and geophysical research should reveal whether the area’s history of extreme wave events is related with the the temple’s significance as a place of worship.

Mainz University said: ‘It seems possible that this location may have actually been explicitly selected for the site of the Poseidon temple because of these extreme occurrences.

‘After all, Poseidon, with his cult title of Earthshaker, was considered by the ancients to be responsible for earthquakes and tsunamis.’