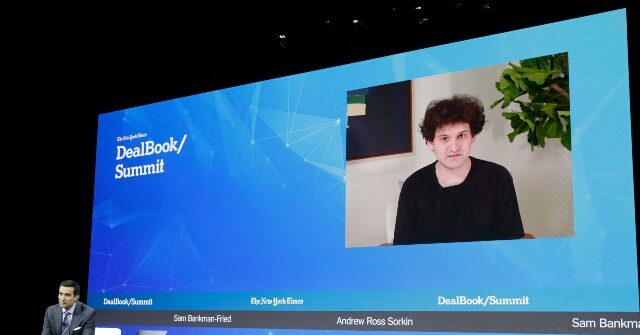 During a recent virtual appearance at the New York Times’ DealBook Summit, FTX founder Sam Bankman-Fried attempted to claim that he was “shocked” by the collapse of the crypto exchange and that he “screwed up.”

CNN reports that Sam Bankman-Fried, the 30-year cofounder of the now-bankrupt cryptocurrency exchange FTX, recently appeared via video link at the New York Times’ DealBook Summit to discuss the collapse of the crypto firm.

During the summit, Bankman-Fried tried to claim that he “didn’t ever try to commit fraud on anyone,” and said that he made mistakes as CEO of the company. “There are things I would do anything to do over again,” he said. “I was shocked by what happened this month.”

Bankman-Fried resigned as CEO of FTX earlier in November, when over 100 affiliated firms filed for bankruptcy in one of the most spectacular corporate failures ever. FTX users around the world were left panicking while they tried to recover billions of dollars worth of funds that they had deposited on the platform.

Bankman-Fried’s multibillion-dollar personal fortune allegedly disappeared almost immediately and other crypto companies with ties to FTX failed as a result of the FTX collapse. One of the key questions about Bankman-Fried relates to Alameda Research, the hedge fund that Bankman-Fried founded and was run by his girlfriend at the time, Caroline Ellison.

Questions still remain about whether or not FTX misappropriated customer funds when it made loans to Alameda. “I didn’t knowingly commingle funds,” he said. “I was frankly surprised by how big Alameda’s position was.” Breitbart News has reported that SBF and others allegedly co-mingled billions of dollars in customer money with its hedge fund. SBF also received a personal loan of $1 billion from his own company.

In early November, FTX experience a run on the bank and collapsed due to liquidity issues. “Look, I screwed up,” Bankman-Fried said. “I was CEO of FTX…I had a responsibility.”

“There was no person who was chiefly in charge of positional risk of customers on FTX,” Bankman-Fried told the summit. “And that feels pretty embarrassing in retrospect.” Sam Bankman-Fried previously tweeted that FTX assets were “fine” and that the company had enough to cover client holdings, before deleting the tweet days later while attempting to organize a bailout that fell apart.

Shockingly, many investors such as Bill Ackman appear to believe that Bankman-Fried had no knowledge of FTX’s liquidity issues or loans to Alameda:

Call me crazy, but I think @sbf is telling the truth.

Other commenters were quick to note that Ackman had deleted previous praise of Bankman-Fried.

I wonder if Bill Ackman will delete this Tweet like he did his previous SBF Tweet.https://t.co/zgs2BD0kdy pic.twitter.com/kvCHaqLoJI

Howard Fischer, a former Securities and Exchange Commission lawyer said: “What SBF is doing is a form of litigation suicide. Everything he says that turns out to be contradicted by admissible evidence will be taken as evidence of deceit … I don’t know if this is a sign of unrepentant arrogance, youthful overconfidence, or simply sheer stupidity.”

During the interview, Sam Bankman-Fried was asked if his lawyers were encouraging him to speak out about the issue. “They’re very much not,” he said. “And I mean, you know the classic advice, right? ‘Don’t say anything, you know, recede into a hole.’”

He added: “I have a duty to explain what happened … I don’t see what good is accomplished by me just sitting locked in a room pretending the outside world doesn’t exist.”

When asked about his own personal fortune, which was estimated at $26 billion at its peak, Bankman-Fried claimed that he had given “everything” to FTX and that he thinks he now has about $100,000, “or something like that,” in his bank account.