Lord Sugar opens up a row with Gabby Logan as the BBC stars clash over TV coverage of the Women’s Euros… with Sugar suggesting they introduced male pundits after he claimed all-women panels were ‘sexist’ – and she calls him a ‘parody’!

By Kate Mcgreavy For Mailonline

BBC presenter Gabby Logan has hit back at Lord Sugar and branded him a ‘parody’ after he claimed the broadcaster introduced male pundits to their Women’s Euros coverage following his Tweet that all-women panels were ‘sexist’.

Logan was the anchor and called out Lord Sugar after he wrote on his Twitter account: ‘I was pleased to see my old mate Ian Wright was given the opportunity to commentate on the ladies game last night.

‘I wonder if my earlier tweet below touched a nerve. Of course BBC sport will say not at all, Ian was already lined up for it.’

Logan slammed Lord Sugar as a ‘parody’ – just days after Lord Sugar sparked fury on social media following other controversial comments about the BBC’s coverage of the major tournament.

The Apprentice host said on the same platform on Saturday: ‘I am watching the women football and notice that ALL the commentators are women. 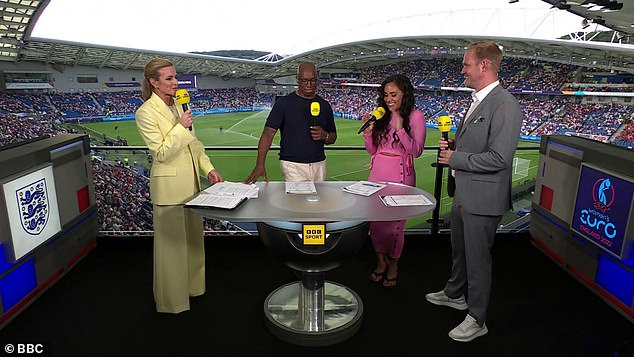 Logan was quick to respond Lord Sugar’s claim all-women panels were ‘sexist’ on Saturday, writing: ‘We have plenty of men working on this tournament Lord Sugar, don’t fret you’re not being eradicated.’

The BBC presenter was not the only one to call out Lord Sugar with commentator Robyn Cowen singling him out during the match in Brighton. 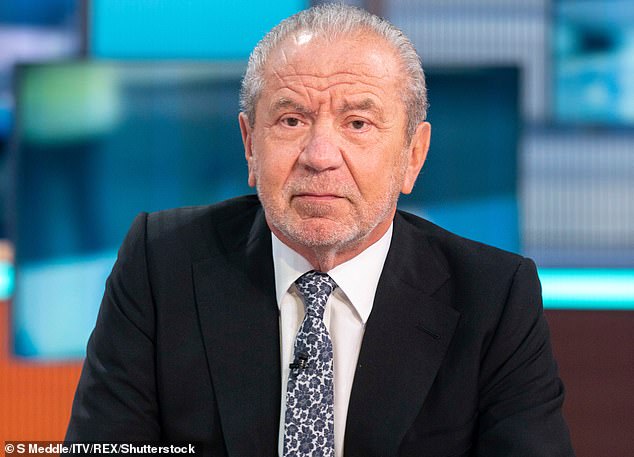 ‘A lovely shot of one of our studio guests, Jonas Eidevall. One of our symbolic men. Good evening Lord Sugar,’ she said as the first half came to a close.

Lord Sugar has received widespread backlash for his comments on the BBC’s coverage of the Women’s Euros.

‘Option 2: He has already worked on the tournament and was booked in yonks ago,’ followed by a green tick emoji.

He added: ‘In response to your earlier tweet about commentators… may I humbly refer you to the work of Jonathan Pearce [who has been commentating on the tournament].