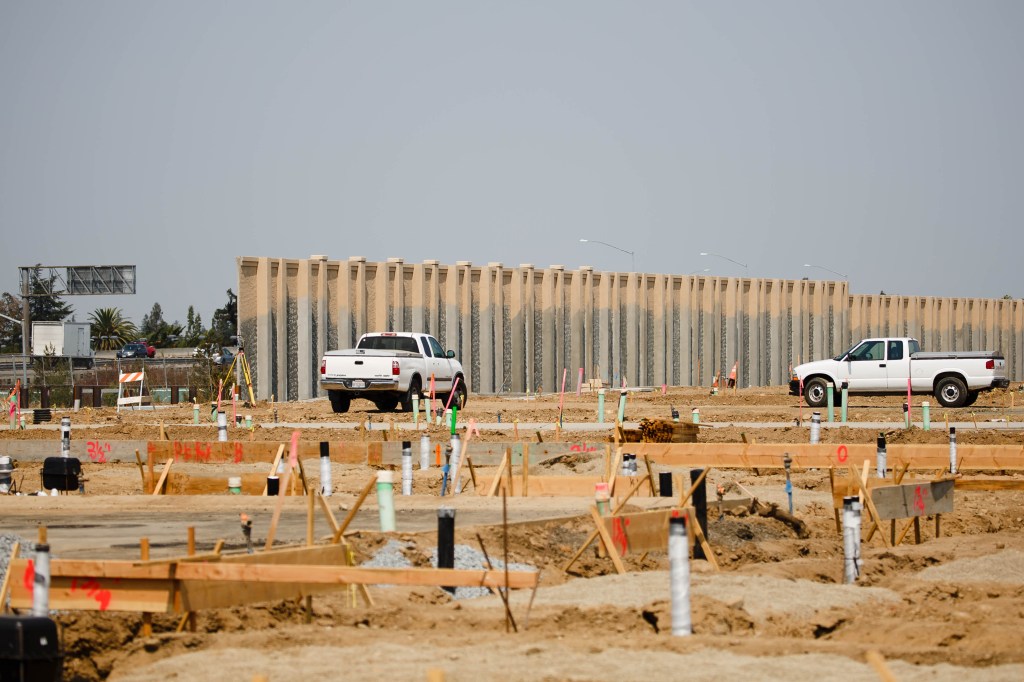 Los Gatos Town Council approved a “stop gap” measure at its meeting Tuesday after efforts to repeal a portion of the town’s growth and development plans moved forward last week.

The Los Gatos Community Alliance filed a referendum earlier this year against the town’s narrowly approved, state-mandated 2040 General Plan, saying it calls for an unnecessarily high number of future housing units. The General Plan serves as the town’s blueprint for future development.

The group gathered the necessary 2,200 signatures to move the process forward, and the Santa Clara County Registrar of Voters Office verified them last week. The alliance’s referendum flags the General Plan’s land use and community design elements, which could now go before Los Gatos voters.

The council’s vote reinstates the town’s previous growth and development standards while staff and council decide how to address the two elements in question.

“Staff is going to continue to get applications for planning projects, and so staff needs to know what standards to apply during this period of suspension,” town attorney Gabrielle Whelan said.

“There will be more opportunities to work on this,” Mayor Rob Rennie said. “Again, this was just a quick stop gap. We will have future agenda items to take whatever direction the majority of the council would like to do in the future.”

It’s too late to add the question to the 2022 general election ballot, but council will later decide to either put the question on the November 2024 ballot, hold a special election in 2023 or rescind the elements in question and start over.

If the council choses to hold a special election in 2023, it could cost around $100,000. If council chooses to wait until the 2024 general election, the 2040 General Plan could already be amended to reflect concerns cited in the referendum.

The town council approved the General Plan on a split vote in June, with Mayor Rob Rennie, Vice Mayor Maria Ristow and Councilmember Marico Sayoc voting to approve it and councilmembers Mary Badame and Matthew Hudes voting against it for what they deemed an excessive number of housing units.

Alliance members said the 2040 General Plan needs to include specific incentives for affordable housing and a fiscal impact analysis of new housing development.

“Almost 3,000 (signatures) in three weeks–that says a lot about how the citizens felt about the General Plan,” said alliance member Jak Van Nada.

Not all members of the community are behind the referendum.

Jim Foley, board president of the Los Gatos Chamber of Commerce, wrote in a newsletter that the delays the referendum will cause could have negative effects on the town.

“Points on both sides are valid, but what we cannot afford is another 24-month delay while we wait for this debate to be settled on the ballot. The General Plan has been delayed long enough,” Foley said. “The reality is, debating and delaying or making time-consuming changes to the plan that was recently approved by town council will do significantly more damage than whatever the objections are to the wording of the current plan.”

The approved 2040 General Plan concentrates the majority of new housing growth in mixed-use and higher-density developments, like apartments with shops on the ground floor. It keeps the town’s low-density neighborhoods and allows more variety in the number of housing units in high-density residential zones.

The alliance is calling for reducing planned growth to account for the current Regional Housing Needs Allocation (RHNA) cycle plus a 20% buffer, resulting in 2,392 new units. The General Plan calls for 3,196 housing units to be developed in town over the next 20 years.

Under California’s Housing Element, Los Gatos must plan for 1,993 new housing units between 2023 and 2031 to meet the needs of people across all income levels. However, there is no guarantee that these units will actually be built.

“The state of California plans new housing in eight-year cycles. The General Plan should reflect this eight-year planning cycle (i.e., 2023-2031) and be amended every eight years when new information and future RHNA allocations become known,” reads a statement from the alliance. “This thoughtful approach assumes that incremental change is best and is made only when new information is available.”

Biden’s student-loan relief application will open any day. Here are 5 steps to prepare.