Louisiana officer arrested for role in high-speed car chase that killed 2 teens: “That cop has a lot of questions to answer” 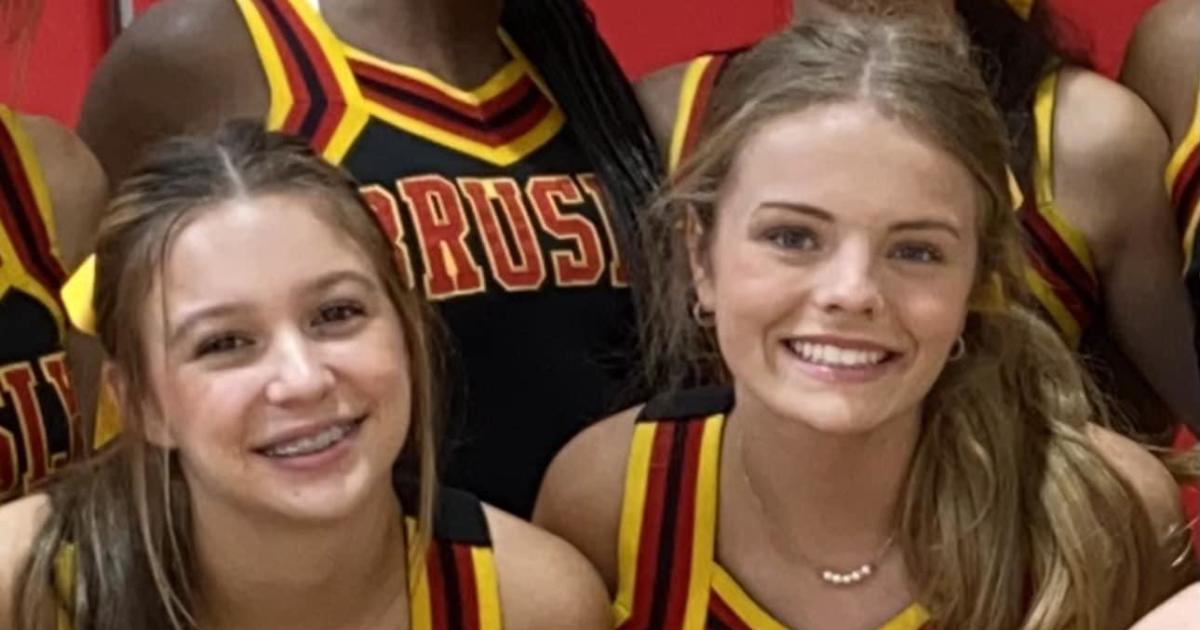 A police officer has been charged over his role in the death of two teenagers during the high-speed pursuit of a home-invasion suspect in Louisiana.

Officer David Cauthron, who works for police in the community of Addis, was arrested Sunday evening, WBRZ-TV reported. He is charged with two counts of negligent homicide and one count of negligent injuring, District Attorney Tony Clayton told the station.

“That cop has a lot of questions to answer pertaining to his speed and sheer negligence,” Clayton said, according to the station. “The public can rest assured, we will follow the facts.”

It wasn’t clear Monday whether Cauthron had a lawyer to speak on his behalf.

Maggie Dunn, 17, and Caroline Gill, 16, were killed when their car was struck by a police cruiser Saturday morning on a state highway. A third person in car was critically injured.

On Sunday, the Brusly High School cheerleading team paid tribute to Dunn and Gill in a Facebook post.

“As we mourn the tragic deaths of Maggie Dunn and Caroline Gill please keep their families, friends, and the BHS community in your thoughts and prayers,” the team wrote. “Their enthusiasm and bright smiles will be missed more than can be imagined.”

At the time of the crash, police were pursuing a 24-year-old suspect. The chase started in Baton Rouge when the suspect stole a car after breaking into a home and taking the keys, police said.

During the chase through multiple parishes, Louisiana’s version of counties, the 24-year-old ran red lights and reached speeds of 110 mph, according to police documents.

As police chased the man through the town of Brusly, an Addis police vehicle crashed into another vehicle, killing the two teenage girls, who were not involved in the theft, The Advocate reported.

The man drove the stolen car back across the Mississippi River and was apprehended when the vehicle stalled. He will be charged with two counts of manslaughter, as well as home invasion, theft of a vehicle and aggravated flight, police said.

On Sunday, Clayton questioned the decision of police to pursue the driver at high speeds and agreed with the decision to arrest the officer.

In a statement, Brusly High School Principal Walt Lemoine said that Dunn’s mother and sister work at the school and Gill’s older sister is a senior at the school.

“We are saddened by the loss to our school community and will make every effort to help you and your child as you need,” Lemoine wrote.

How does AI work and is it always right?