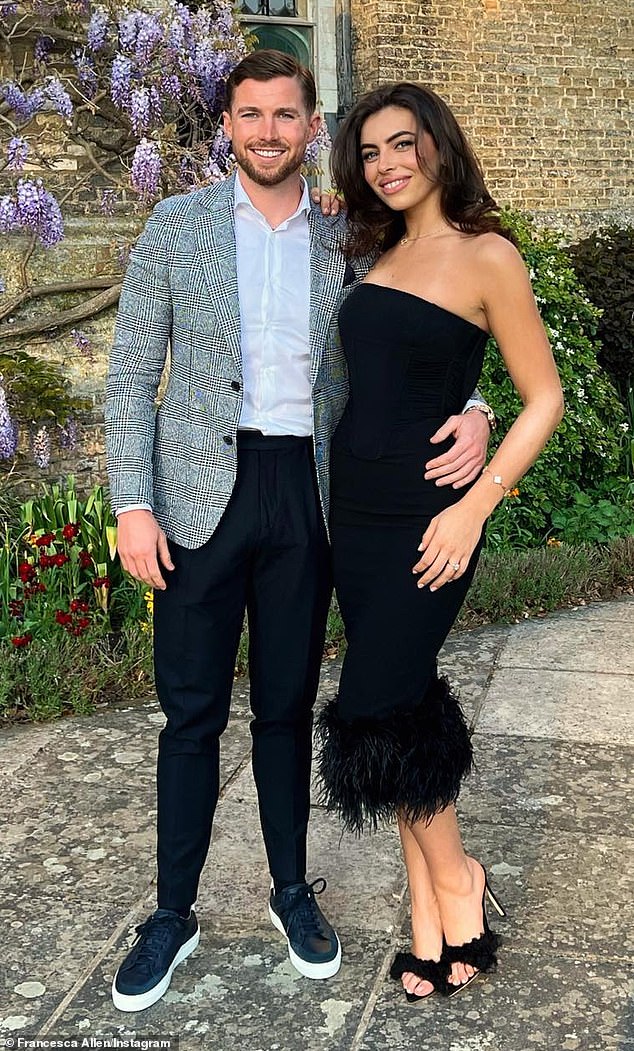 By Owen Tonks For Mailonline

Love Island’s Francesca Allen is planning to make her friends from the villa her bridesmaids.

The 26-year-old reality star got engaged to businessman Ed Crossan in December after a year of dating, and she is planning to make some of her closest pals from her stint on the ITV2 dating show part of her bridal party.

She told OK! Online: ‘[My friends from Love Island are] 100 per cent going to be part of my wedding. I’m considering a few of them as bridesmaids to be fair, so they’ll definitely be part of my special day.’

Wedding bells: Love Island’s Francesca Allen is planning to make her friends from the villa her bridesmaids when she marries businessman Ed Crossan

The fashion influencer was close to Yewande Biala, Joanna Chimonides and Amy Hart on the fifth series of Love Island.

Francesca is set on having her wedding abroad and is heading to Italy to check out some venues after deciding against party central, Ibiza.

She said: ‘I’ve been really chill [about wedding plans] and I haven’t really started anything yet. 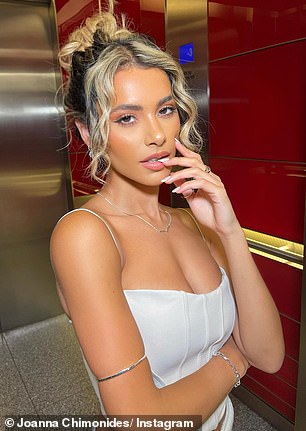 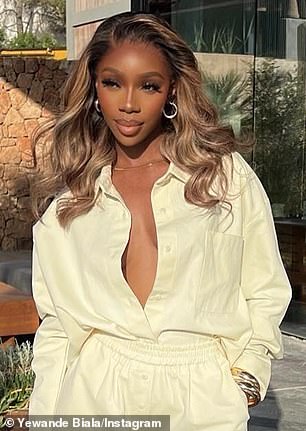 Good pals: The fashion influencer was close to Yewande Biala, Joanna Chimonides during her time on the fifth series of Love Island 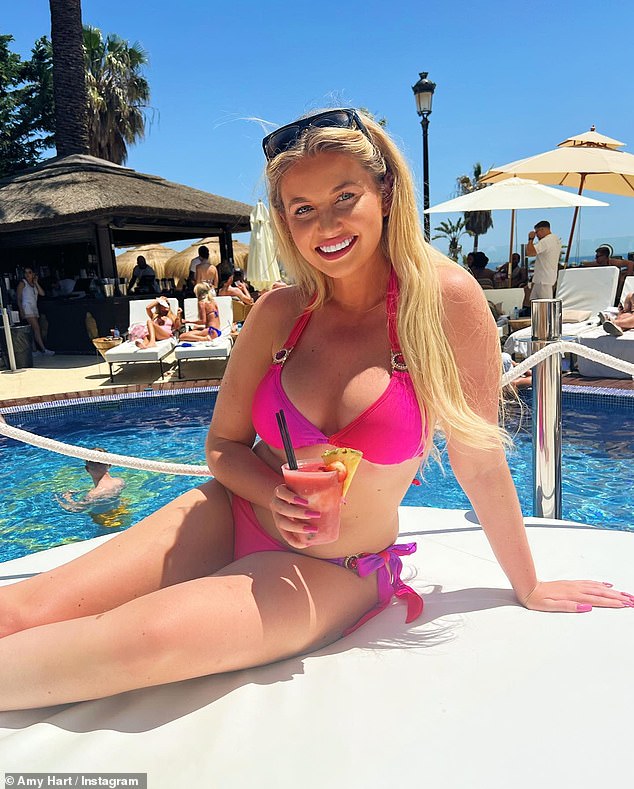 Famous friends: Francesca also made a good friend in fellow series five star Amy Hart when they appeared on the show together in 2019

‘Ed keeps asking me “So… any thoughts?” I definitely think I want it to be abroad; I looked at Ibiza but that wasn’t really for me. I actually went to a few viewings.’

She added: ‘I’m going to go to Italy and have a look around there. There’s a couple of places that I really like there. I just need to get the feel! Once I have the place, then I can get rolling.’

Francesca said she feels an affinity for ‘beautiful’ Italian because of the Italian blood in her family, adding that she’s a huge fan of the local food. 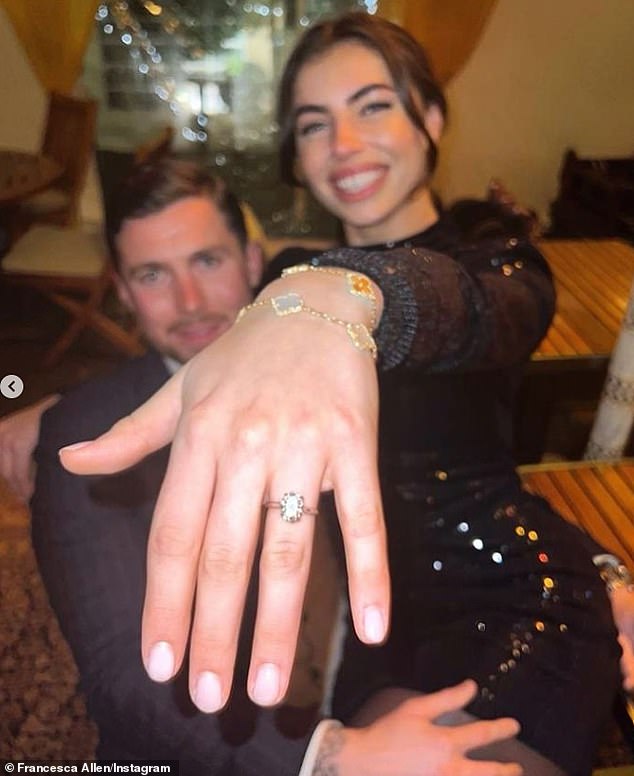 Happiness! Francesca showed off her giant diamond ring when she got engaged in December last year just two months after revealing her romance with Ed

Francesca was briefly coupled-up with Michael Griffiths on the 2019 season of Love Island.

She shared the happy news she was engaged to Ed in an Instagram post in December last year as she gushed it was the ‘best Christmas present a girl could ask for’.

It came just seven weeks after Francesca went Instagram official with her fiancé. 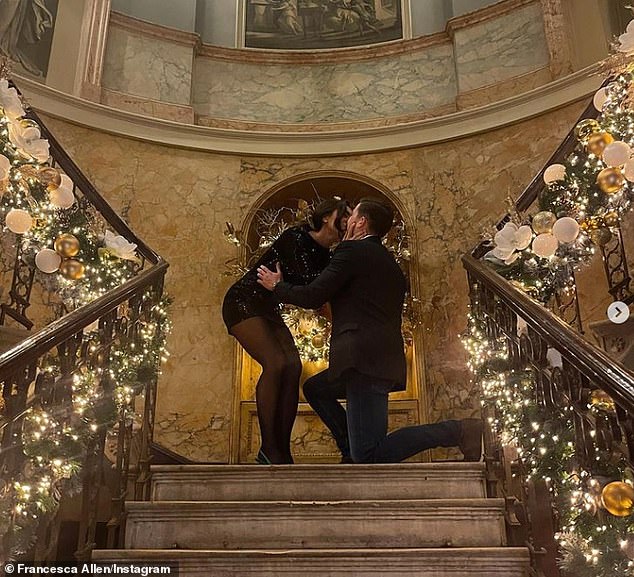 Sweet: The reality star shared the happy news in an Instagram post at the time as she gushed it was the ‘best Christmas present a girl could ask for’

Sharing snaps of her beau popping the question, Francesca penned: ‘The best Christmas present a girl could ask for ❤️ I’m marrying my best friend!!!!! I still can’t believe it.’

Back in November, Francesca took to Instagram with a selection of steamy snaps to reveal her latest romance with her followers.

The beauty packed on the PDA with her then-new boyfriend as she wrapped her arms around his neck and gave him a passionate kiss on the lips.

Gazing happily at her man, Francesca put on a leggy display as she cosied up to him in a thigh skimming mini dress and told him: ‘I [heart emoji] U’.

Francesca looked smitten as she cosied up to her beau while they enjoyed a meal together in a picturesque restaurant. 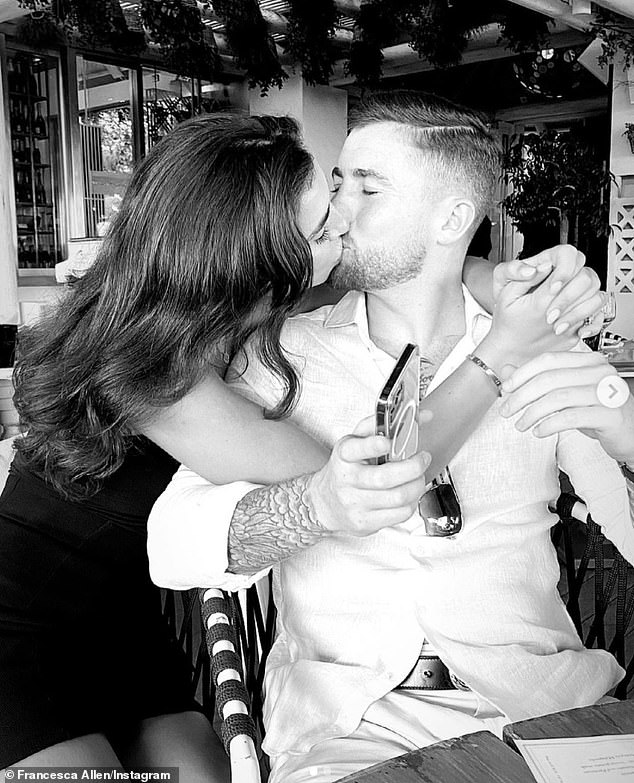 ‘I love you’: Back in November last year, Francesca took to Instagram with a selection of steamy snaps to reveal her latest romance to her followers

Dr Zac Turner on the biggest monkeypox worry for Australians