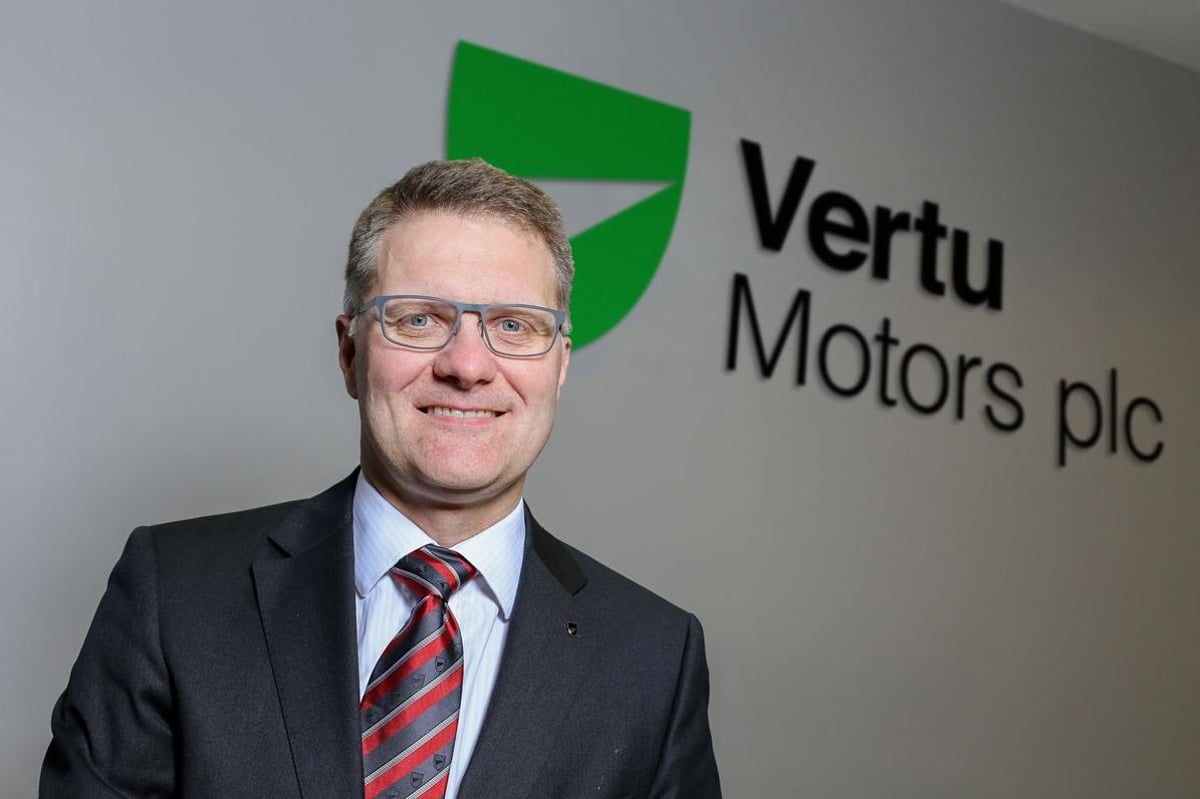 In an update to investors, the group said its trading performance for the full financial year was likely to be in line with current market expectations.

The firm said constrained supply of new vehicles in the UK had continued due to “dislocation in global supply chains”, particularly around semiconductors. Both UK market and group vehicle volumes in the new retail and fleet channels have consequently seen year-on-year declines.

Vertu, which runs a network of 160 sales outlets across the UK, predominantly under the Bristol Street Motors, Vertu and Macklin Motors brands, is led by CEO Robert Forrester. Picture: Neil Denham

Gross profit generation from the sale of new vehicles is ahead of last year, despite the decline in volumes, due to stronger margins.

Vertu, which runs a network of 160 sales outlets across the UK, predominantly under the Bristol Street Motors, Vertu and Macklin Motors brands, said there had also been supply constraints in used cars. This, combined with the comparative period in the prior year reflecting post lockdown pent-up demand, has resulted in a decline in like-for-like used car volumes.

Used vehicle wholesale prices have stabilised after a period of significant growth. While gross profits per unit have remained above normal levels, they are reduced from the “very high” levels witnessed in the financial year ended February 2022, the group added.

The firm’s high-margin aftersales departments have delivered revenues ahead of prior year levels on a like-for-like basis. In the service departments, retail revenue grew as the group increased customer retention and continued to more effectively penetrate the older car servicing market.

Operating expenses have increased year-on-year as a consequence of rising costs and the removal of government support for business rates, which reduced costs in the first half of 2021 by more than £5 million. Costs are said to be in line with planned levels as a percentage of revenue.

The business currently benefits from “below market rate” electricity costs under a fixed contract expiring at the end of this month. There will consequently be an increase in the group’s cost of energy in the second half of the financial year.

Vertu added: “Management remains focused on the delivery of operational excellence around cost, conversion and customer experience. In addition, the group continues to evaluate and execute acquisition opportunities as it seeks to deliver its core strategic objective of value accretive growth.

“The group has more franchise relationships than any other UK group and yet discussions are moving positively with a number of franchises the group does not currently represent which are likely to lead to further growth in scale.”