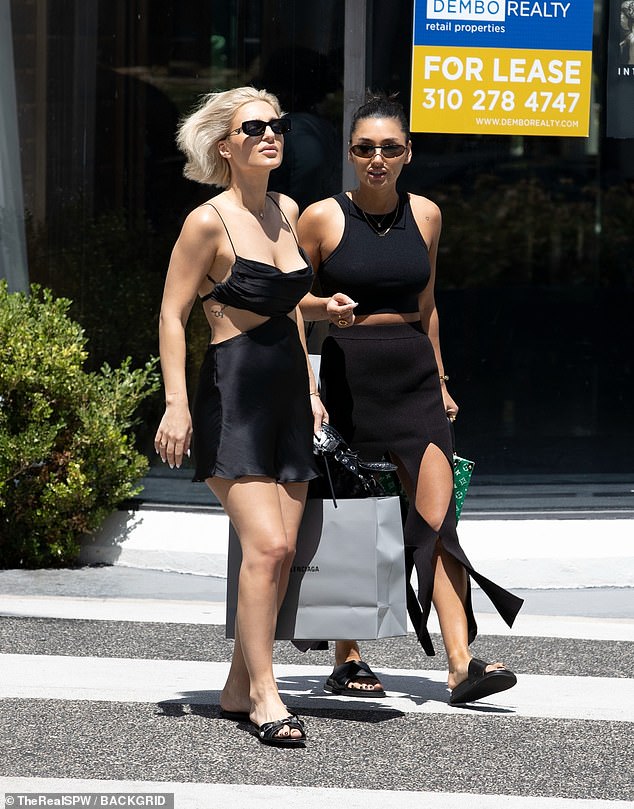 They have been partying up a storm since arriving in Los Angeles earlier this month.

And Ella Ding and Domenica Carlarco took a break for some retail therapy on iconic Rodeo Drive in Beverly Hills.

The pair turned heads in revealing outfits as they strolled down the world-famous shopping strip.

Pretty women! MAFS brides Ella Ding and Domenica Carlarco strolled down Rodeo Drive in revealing outfits as they shopped up a storm in Beverly Hills over the weekend

It comes after the twosome partied with a who’s who of Hollywood on Thursday.

The pair looked hot to trot as they attended Booby Tape’s party in Los Angeles, which celebrated the launch of the brand’s collaboration with Kylie Jenner’s best friend Stassie Karanikolaou – a new chest bronzer.

Ella and Domenica even rubbed shoulders with Victoria’s Secret model Alessandra Ambrosio, who stole the show in a neon crop top and miniskirt which showcased her incredible figure. 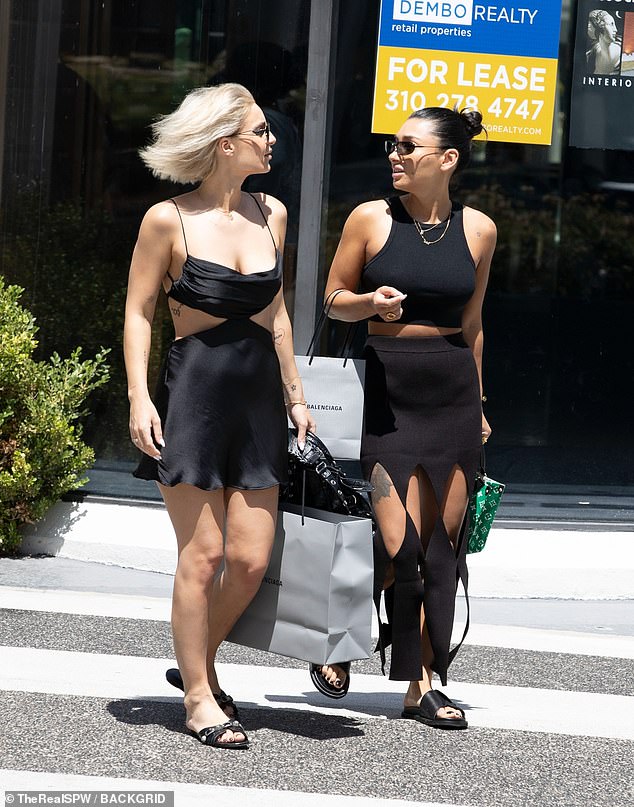 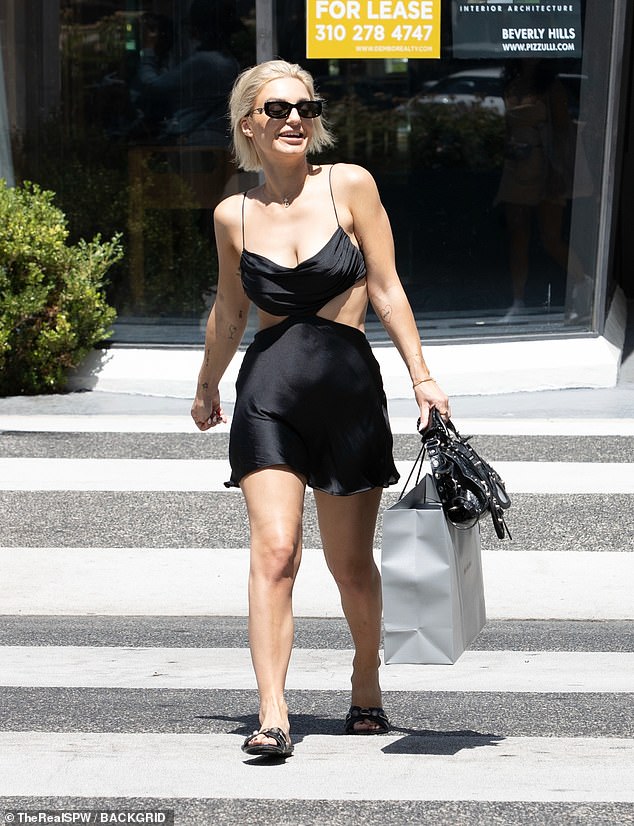 The girls, who have their own podcast together, looked thrilled to be at the event, which was also attended by the likes of Stassie, Selling Sunset star Heather Rae Young and Landon Barker.

Bianca and her sister Bridgett Roccisano, 30, are self-made millionaires thanks to their genius ‘breast lift in a box’ invention with Booby Tape.

On their way to LA, Ella has had an unpleasant brush with airport security. 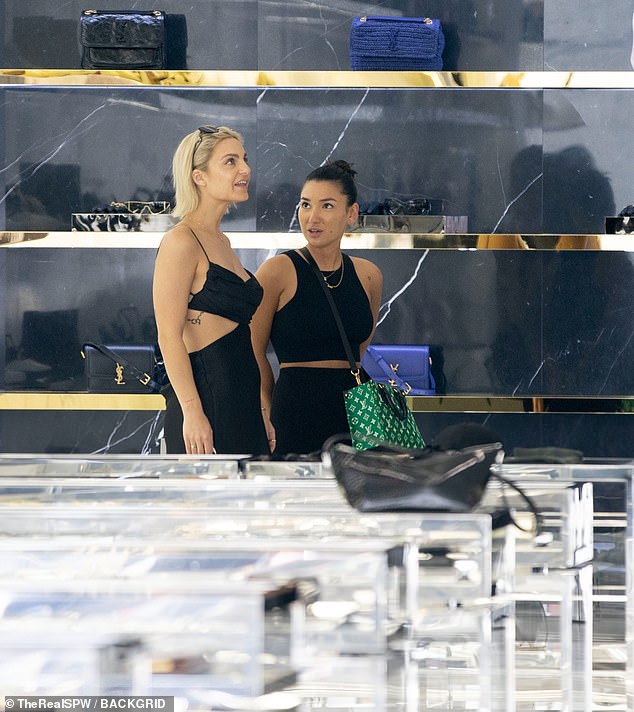 The two women looked excited as they browsed Saint Laurent

The reality star revealed she suffered an embarrassing drama after her luggage set off metal detectors on the way to Los Angeles.

The brunette bombshell went on to explain she decided to tell security she was carrying a self-care device, prior to them investigating her luggage. 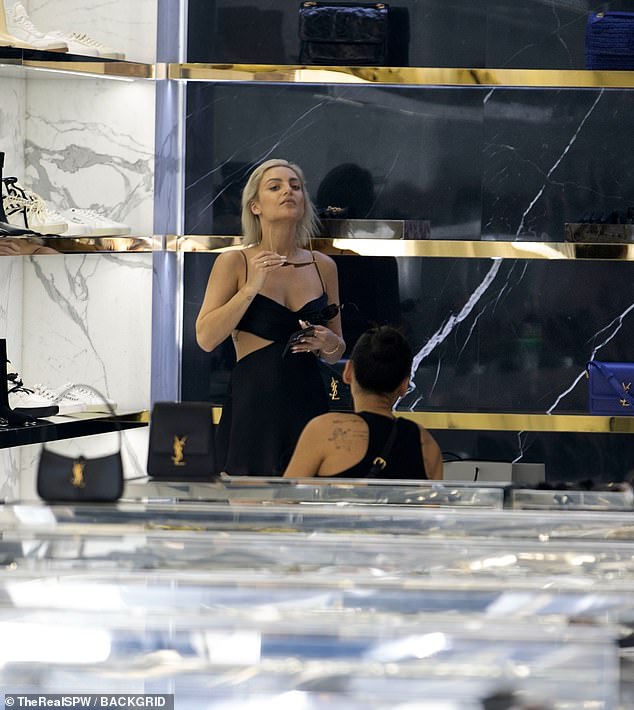 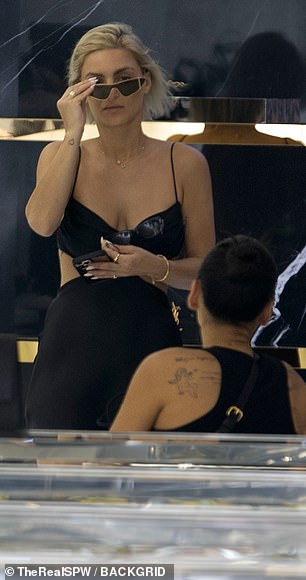 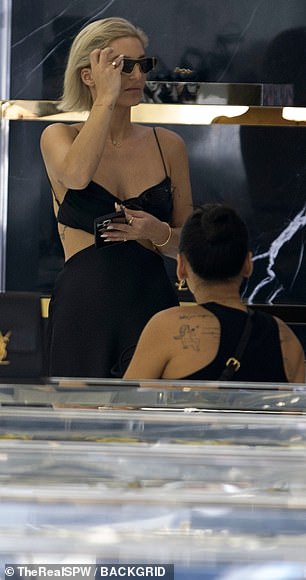 The blonde bombshell modelled them for her best friend

‘Kid you not, I thought it was that, so I said, ”I have my vibes in there sir,”‘ she recalled.

Ella was left red-faced when her luggage was opened and it was revealed her podcasting microphone had set off the detector.

Ella’s run in comes after she warned women not to get too attached to their sex toys. 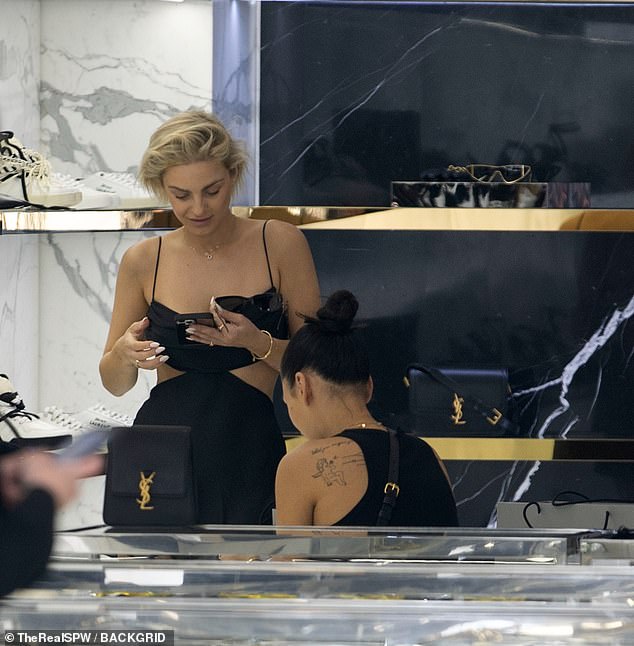 The two women appeared to be makeup free during the outing

‘It was like a secret obsession of mine. I used to get so excited to get into bed and spend time with it,’ she explained.

‘Before I would go on a date I would get off. I became addicted to it, heavily reliant on it. And the settings heavily increased,’ she continued.

‘So you gotta be careful, because I basically made my clit desensitised to anything from a man,’ Ella admitted.

‘I had to put it away. I said to myself, you have to stop using this, because it was making it harder to be with a man with no toy.’

Ella says she then had to train herself to return to old fashioned methods of achieving orgasm. 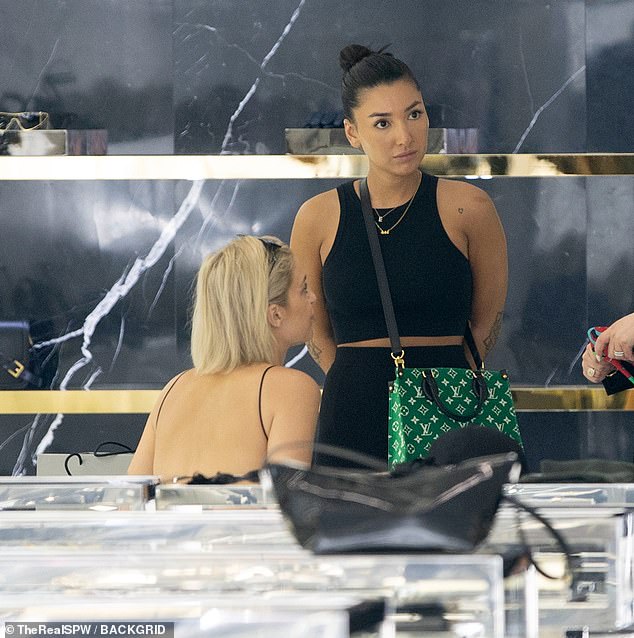 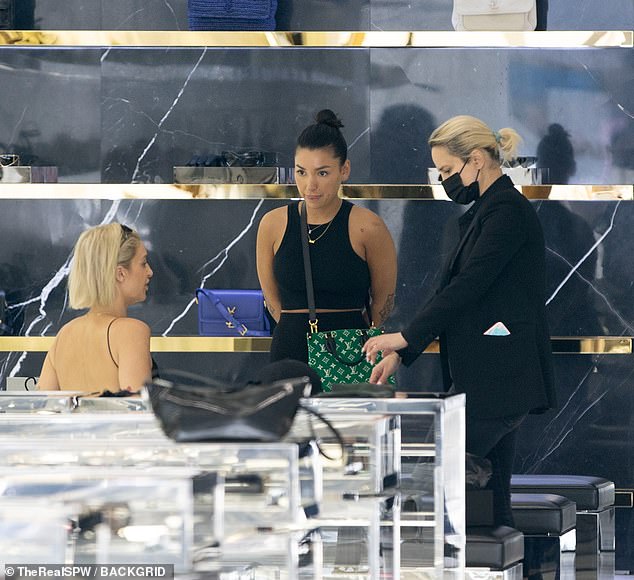 On their way to LA, Ella has had an unpleasant brush with airport security. The reality star revealed she suffered an embarrassing drama after her luggage set off metal detectors on the way to Los Angeles.

How to clean all of your most-used summer gear