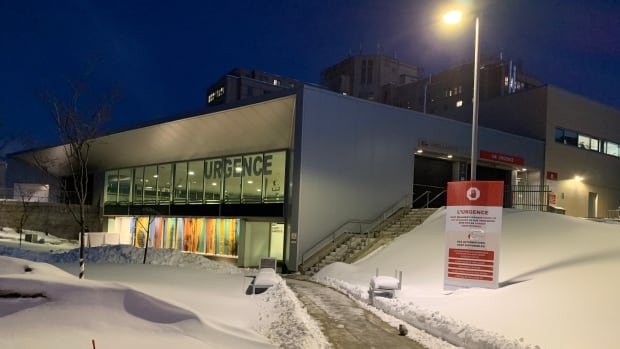 The Maisonneuve-Rosemont Hospital’s emergency room was closed overnight Monday, with only the most urgent cases being accepted. It reopened at 8 a.m. Tuesday morning.

The move followed a sit-in by nurses who are threatening to resign if changes are not made.

“It was just waiting to explode and now we’re there,” said auxiliary nurse Louise Fotheringham.

“You come in and see the nurses turn grey from working so many hours.”

Patients who were already admitted were treated, along with those who arrived by ambulance and were considered “unstable,”, the CIUSSS de l’Est-de-l’Île-de-Montréal said in a statement.

“I met the CEO of the CIUSSS this evening who had discussions with the nurses,” Quebec Health Minister Christian Dubé said on Twitter Monday night.

“The emergency situation at HMR is currently untenable, I am aware of that. Our priority is to ensure the safety of all patients. That’s why we made the difficult decision to limit activities to the emergency room for this night. We will update you tomorrow.”

The partial closure of the Maisonneuve-Rosemont Hospital ER comes after a sit-in by nurses who accuse management of mismanagement and refuse to follow its contingency plan.

In a petition signed last week and obtained by Radio-Canada, nurses in the hospital’s ER demanded the immediate resignation of their unit head and pledged to resign en masse Wednesday. About 90 per cent of the 110 workers on the team have signed the petition.

When asked if she would keep the unit head, the general director of general and specialized physical health programs at the CIUSSS de l’Est-de-l’Île-de-Montréal Martine Leblanc said “she’s doing everything possible with the resources she has.”

Health-care workers have long denounced the compulsory overtime imposed due to the lack of nurses.

“I’m covering for two or three nurses and I won’t be out until 8 a.m. tomorrow morning because tonight, the problem is that we’re missing eight nurses,” said nurse Annie Bourgeois.

Asked if nurses could meet ethical standards in the hospital’s current situation, another nurse replied “absolutely not.”

Fournier and her colleagues criticize management for failing to retain staff, generating a hostile atmosphere and poor working conditions. She also criticizes the use of overtime for management rather than as an exceptional measure.

Leblanc told Radio-Canada’s Tout un matin that staff shortages are at the heart of the ER’s problems and that the CIUSSS needs to hire more nurses so everyone can have an equitable workload.

“We have to avoid (compulsory overtime) at all costs … no one wants to force people to stay in unplanned ways, we are very conscious that it affects people’s lives,” she said.

“We know it won’t attract people to come work here … people aren’t enticed to join our teams and we need to find a way to reverse that … with a more balanced workload.”

Sources told Radio-Canada that more than 400 compulsory overtime hours were worked during the first weekend of January and that the vast majority of nurses were called into work.

In Quebec, some thirty hospitals have successfully implemented a local schedule management system that helps reduce the use of compulsory overtime. But Maisonneuve-Rosemont Hospital isn’t one of those, and their emergency department attendance is very high.

Over the past week, the bed occupancy rate in the hospital emergency room has fluctuated between 94 per cent and 141 per cent.

Dubé said last week that Maisonneuve-Rosemont Hospital was one of the establishments that have “the most difficulty in implementing measures.”

Nest co-founder is back with new device for the home, focused on food