Malcolm Gladwell’s attack on working from home is nonsense 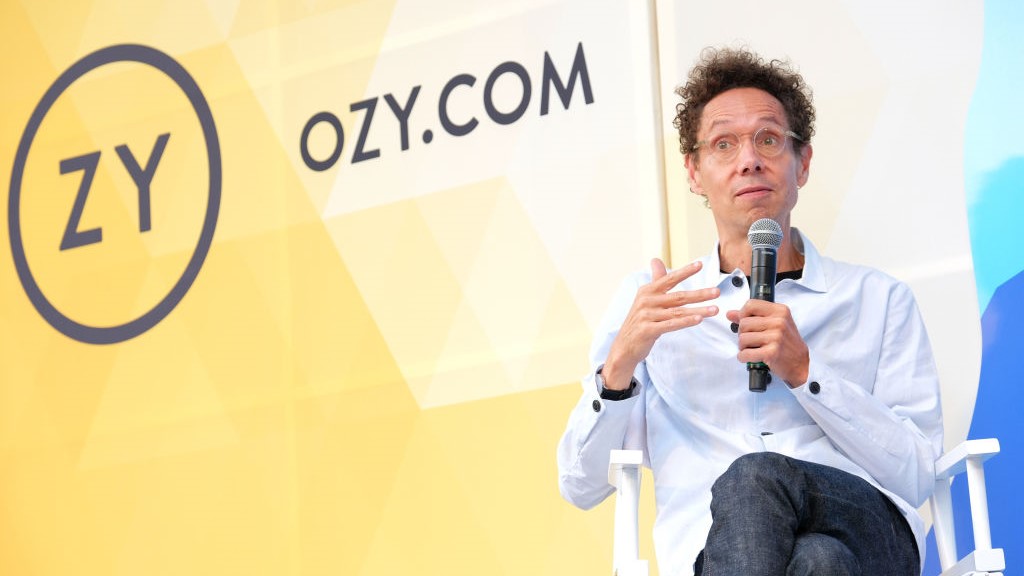 Victims of convicted child abuser Larry Nassar. Poets uninterested in dying by suicide. The entire sovereign nation of Nigeria. These people might appear to have very little in common, but there is what I’ll call a “Sticky Line” undergirding them, which is that Malcolm Gladwell used all of them to buttress his phony intellectual credibility while appearing on podcasts, writing books, talking on the lecture circuit and doing all of the fancy s—t that now occupies the bulk of his affairs. Being a fraud is a full-time job for Gladwell, and he’s always eager to openly prove it.

This time around, Gladwell stuck his wing tip in his mouth when he went on Steven Bartlett’s “Diary of a CEO” podcast (oh wow I bet that diary is chock full of healthy introspection!), and threw down a bunch of Gladwellisms about how working from home is bad for the world. Here he is talking about experiencing the scourge of remote workers quitting his podcast company:

Gladwell being Gladwell, he used this lone sample to spin out a Teachable Moment For Us All:

“We want you to have a feeling of belonging and to feel necessary,” he said. (By “we” he means “companies.”) “And we want you to join our team. And if you’re not here, it’s really hard to do that. … Don’t you want to feel part of something?”

I’m hardly the first person to notice this clip, or its inconsistencies. Both Yahoo and Vice have already noted that Gladwell made these comments despite openly, and frequently, advocating for remote work in the past. But we live in a country where hypocrisy is less a sin than it is a bedrock principle of political and industrial success, so Gladwell clearly knows he’s full of s—t here. But what do you do with a guy who built his success on BEING full of s—t all the time? Why would he mess with a proven formula, especially when he’s so good at it?

I have read two of Gladwell’s books (“The Tipping Point” and “Blink”), and enjoyed them immensely. He’s a talented writer and perhaps an even more talented speaker: one who gets paid over $100,000 a pop on the lecture circuit, often commissioned by the very CEOs who are currently aggrieved over the potential death of the American office.

His motivations here are readily apparent to anyone with a brain and the ability to do a cursory Google search. But Gladwell is so good at wrapping his poison with the veneer of psychology and sociology — two fields in which he has no degree or formal training of any sort — that all of his lies come packaged inside obvious truths. It’s like a mind reader asking you vague questions (“I see an older woman … you’ve known this woman your whole life, haven’t you?”) and tricking you into thinking they’re intuiting something specific about you as an individual.

So I can listen to Gladwell on Bartlett’s podcast (all two hours of it; you’ve been warned) and agree with him that yes, of course people want to belong. They like feeling necessary, and face-to-face contact of any kind is better than staring at a Zoom call. What Gladwell omits from his point — and he’s very good at the sin of omission — is that there are myriad other ways to feel like you belong, and things to belong to, that do NOT require sitting in traffic and working eight-plus hours a day in an anodyne office building with a bunch of people you’d normally want nothing to do with. Gladwell and his benefactors are heavily invested in a world where work and community are inextricably linked. You have a work life, or you have no life at all. Bartlett himself says so to Gladwell when he muses, “Central to the value that we bring to these people’s lives is community.”

But now that we’re in the post-pandemic era and more people are working from home (although not nearly as many as you might have been led to believe), more Americans are discovering just how deep this lie goes. Managing this great work-from-home migration is a real issue; it’s true that plenty of Americans need to be weaned off the office as the primary source of all their human interaction. I have worked from home since 2009 and I can tell you that this is not an easy transition. I’ve had the work part of this equation down for years now, but have admittedly struggled to build a physical life apart from that work. Doing so takes time, motivation, and resources. But it CAN be done, and that’s important to remember when Gladwell and Bartlett are over here acting like such an option doesn’t, and shouldn’t, exist at all. Here is Gladwell, once more, on the value of working on-site:

“I’m really getting very frustrated with the inability of people in positions of leadership to explain this effectively to their employees.”

That’s because they can’t explain it. There’s no convincing argument to be made to white-collar workers that hey, actually it’s better for you to see your family for a grand total of two hours a day. And even if it WERE good for you to do so, how often do you see your CEO when you go to the office? I never met the CEO of any ad agency I worked at (like me, Gladwell got his start as an ad man, and it shows). I’ve never met the CEO of Hearst, which owns this website. If I did, I’m sure the exchange would be awkward and forgettable, even if Steven R. Swartz is the most charming man in the world. He’s got better s—t to do and so do I.

That’s where Gladwell’s argument is its most annoying: He really believes that the rest of us have nothing better to do outside of working ourselves to death. He can’t visualize a work-from-home scenario that doesn’t involve every remote employee instantly turning into a couch potato from a 1988 sitcom and pumping out half-assed work while double-fisting bags of Cheetos. You don’t change out of your pajamas. You don’t get out of bed. You probably don’t even shower, you pig. Gladwell can’t imagine people being motivated to lead fulfilling lives outside of work, which is why he offers Bartlett this stickiest of lines:

“If we don’t feel like we’re part of something important, what’s the point?”

Right? Don’t you feel pointless at home? Aren’t you just a waste of life who lacks the wherewithal to interact with the world via any other avenue outside of paid work? Don’t you wanna go to an office, where the copier is always busted, the food sucks, the boss is gropey, and the company forces you to watch Malcolm Gladwell speak at a company assembly? Isn’t that a basic human need you’re depriving yourself of?

At one point in the podcast, Gladwell describes the need to belong is a “core psychological truth,” and it is. But it is NOT a core psychological truth that a job is the only place where one can belong. This is me stating something obvious to you, but I’m gonna spare you the courtesy of making like Gladwell and using that obvious truth to conclude that you should be hooked up to a brain-milking machine for the rest of your life. Malcolm Gladwell can kiss my ass, and he can come to my house to do it.