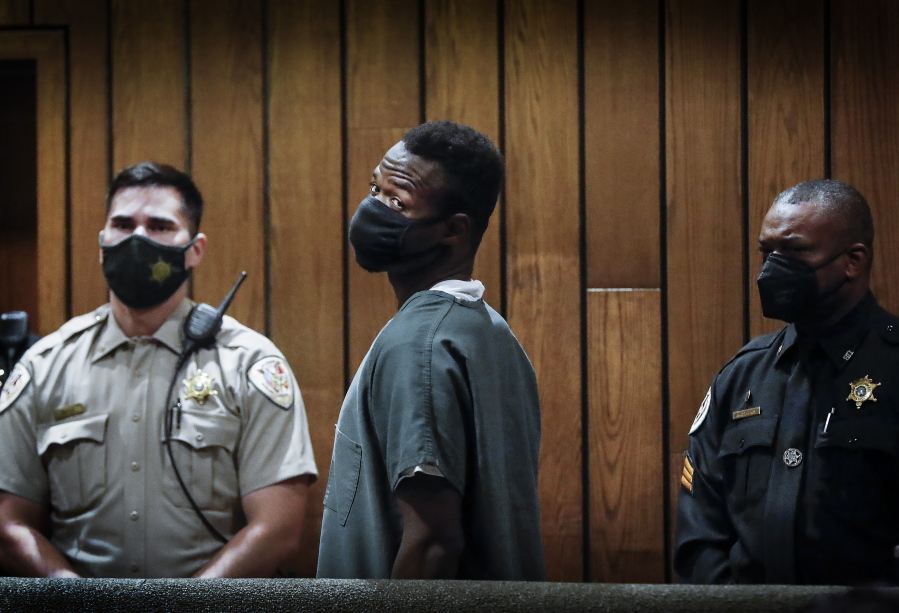 MEMPHIS, Tenn. (AP) — A Tennessee judge revoked bond Wednesday for a man charged with killing a Memphis woman who was abducted during a pre-dawn run near a university campus.

Cleotha Abston, who told a Shelby County judge he prefers to be referred to as Cleotha Henderson, will be held without bond on charges including first-degree murder in the kidnapping and slaying of Eliza Fletcher, 34.

Henderson had faced only those charges before the body of Fletcher was identified by police Tuesday as the one found a day earlier behind a vacant duplex. He was then charged with first-degree murder and he made his first court appearance on that charge Wednesday. The judge said the name change to Henderson would be placed in the court record.

Memphis police said Fletcher, a wife, mother of two and a kindergarten teacher, was jogging near the University of Memphis campus when a man forced her into an SUV after a brief struggle at about 4 a.m.

Fletcher was reported missing when she did not return home from her regular morning run, and her cellphone and water bottle were discovered in front of a house owned by the university, authorities said.

U.S. Marshals arrested Henderson, 38, on Saturday after police detected his DNA on a pair of sandals found near to where Fletcher was last seen, an arrest affidavit showed.

After more than three days of searching, police found Fletcher’s body just after 5 p.m. on Monday. Police did not publicly confirm that the body was Fletcher’s until Tuesday morning.

Memphis Police Director Cerelyn “CJ” Davis said it was too early in the investigation to determine how and where Fletcher was killed. Davis said the body was found behind a vacant duplex. A police affidavit said officers noticed vehicle tracks next to the duplex’s driveway, and they “smelled an odor of decay.”

Purple running shorts whose appearance was consistent with those Fletcher was wearing were found in a discarded trash bag nearby, the affidavit said.

Shelby County District Attorney Steve Mulroy said Tuesday that Fletcher’s case was an “isolated attack by a stranger.” He stood by that comment Wednesday as he addressed the news media outside the courtroom.

The suspect previously kidnapped a prominent Memphis attorney in 2000 when he was 16 years old. He spent 20 years in prison for that crime, but he had been sentenced to 24. Some have questioned the release. Mulroy has noted Henderson served 85% percent of the sentence — which Mulroy said was “not unusual” — and the DA’s office opposed his parole.