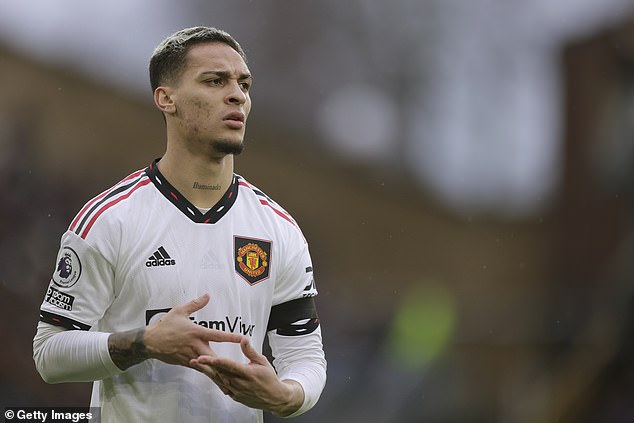 Man United winger Antony reveals he had to deal with a ‘really, really difficult moment’ in midweek before returning to score against Everton… as he thanks manager Erik ten Hag and his teammates for their support

By Chris Wheeler for MailOnline

Manchester United’s £82million signing Antony has revealed that he recovered from a ‘really, really difficult moment’ in midweek before scoring the opening goal in Friday’s FA Cup win over Everton at Old Trafford.

Antony struck in the fourth minute to put United on course for a 3-1 victory in the third round after missing Tuesday’s Premier League game against Bournemouth. The official reason was given as an injury, but the Brazil winger hinted that it may have been something more personal as he thanked the club, manager Erik ten Hag and his teammates for their support.

‘First of all, it’s a feeling of joy,’ the 22-year-old told TNT Sports. ‘I’m happy to score again, especially at home. I’ve set some goals for me this season and it’s good to score as soon as I’ve started to think of personal goals. But, of course, the most important is United’s qualification to the next stage. 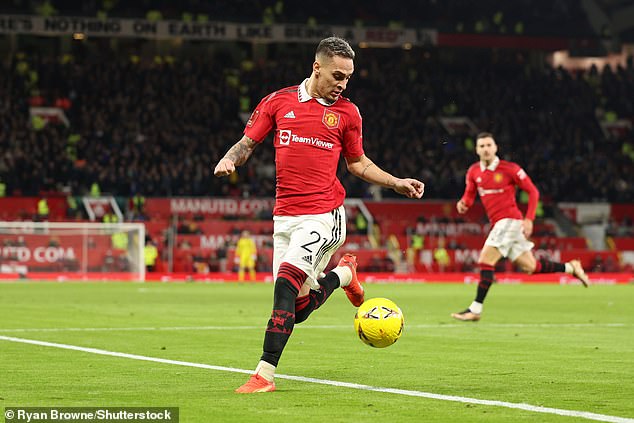 ‘I also feel relieved as in the last days I had a shock, but I prefer not to comment on what happened. It was a personal matter, really hard, but I’m very grateful to God to put that behind me now, grateful to the club, to the players and to the manager. Everyone stayed by my side.

‘It was a really, really difficult moment for me days ago. But God has been always on my side and I’m grateful also to my family. I dedicate this goal to them, it’s in moments like these that you know who really loves you.

‘It’s in the past now, I’m happy to score and I hope to keep going like this because this is a year of a lot of achievements and wins.

‘This is my mind-frame now. I’m 100 per cent focused on honouring the fans and the club. We all know the size of this club and we want to put United back to where it deserves.’ 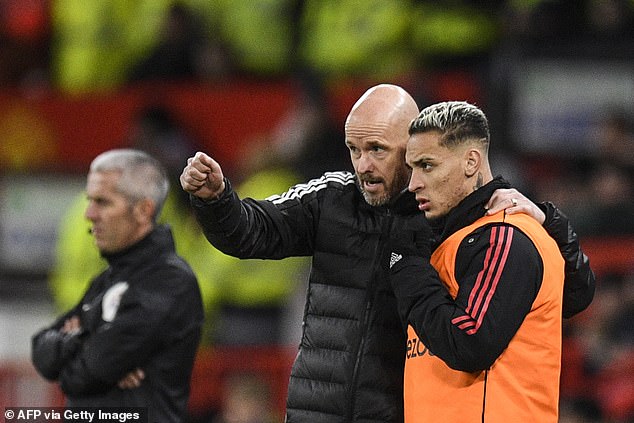 Having followed Ten Hag from Ajax to Old Trafford in the summer, Antony praised the Dutchman’s influence on his career having risen from poverty in Inferninho, a slum on the outskirts of Osasco.

‘I like Ten Hag a lot, I’ve got a lot of respect for him,’ he added. ‘He knows me, who I am and how hard I work. He knows I’m always giving 100 per cent even when things don’t work out for me. He knows where I came from, my story, how I suffered growing up in a favela. It’s very important to have his support.

‘I’ve set goals for me, and not only on the pitch. It also involves resting, eating well, everything. It’s about being 100 per cent on and off the pitch, especially on the mental side as it’s what controls the rest.

‘I really demand a lot from myself regardless what people say about me. I listen only to the helpful feedback. The Premier League is absolutely different for any other league: intensity, calendar, a lot of games – it’s a huge demand. So that’s why I’m focused on being on the top of my mental and body health.’