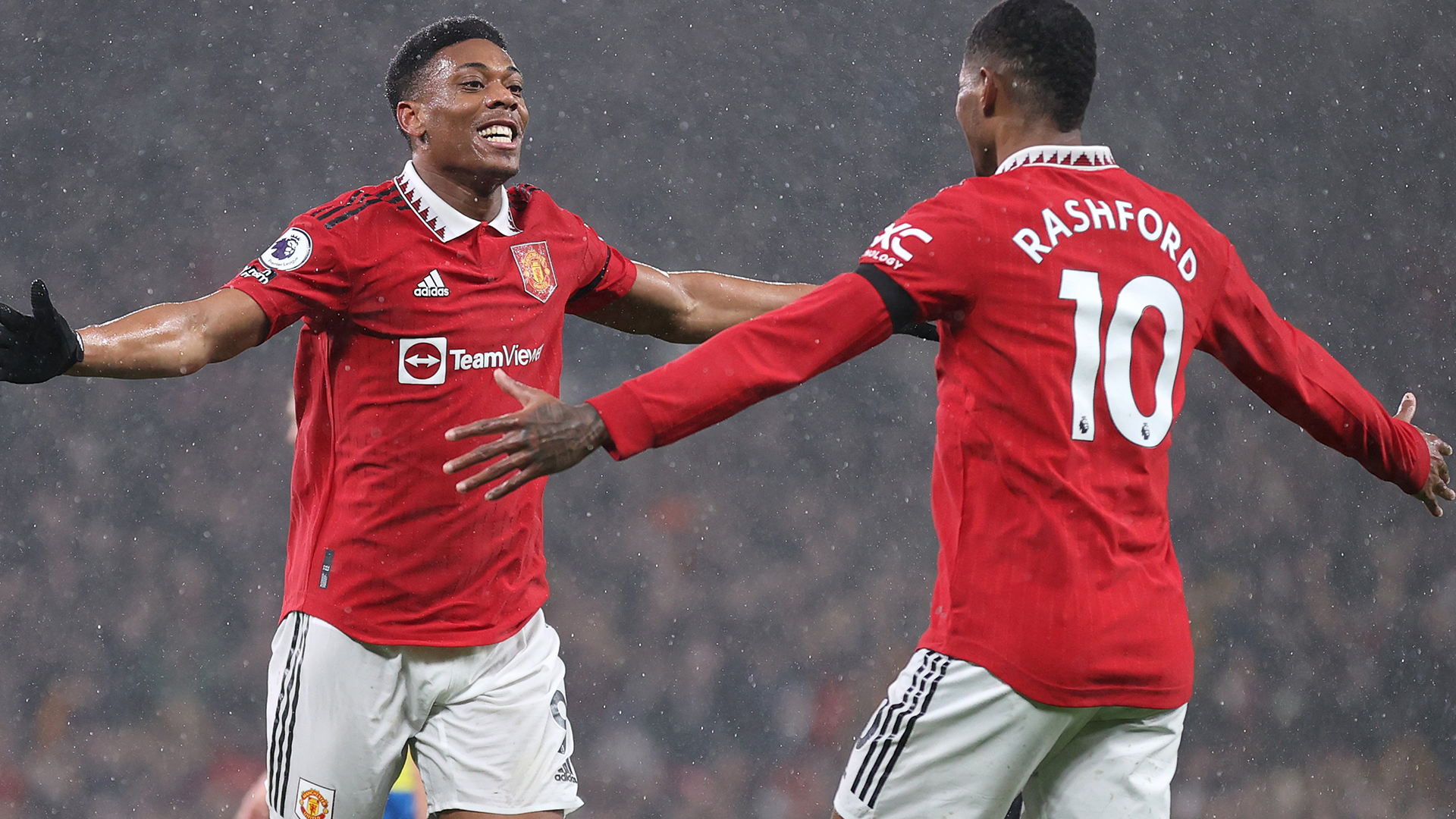 Manchester United said goodbye to their legendary Portuguese superstar CR7 and all his baggage during the World Cup.

And taking centre stage in the absence of the 37-year-old has been Marcus Rashford.

The England ace has returned from his encouraging tournament in Qatar with a goal in each game for his club.

Of course bigger tests lie ahead for Erik ten Hag’s men than Burnley and Nottingham Forest.

But the signs are promising from Rashford – who also created the second goal for his fellow forward Anthony Martial. 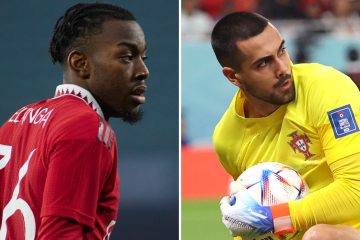 And his performance was an ideal pick-me-up for any United fans who turned up still smarting over losing out to Liverpool in the race for Dutch international Cody Gakpo.

His club boss has challenged him to become a 20-goal a season man and his pair over the past week mean he is halfway there.

ETH had to use a patched up defence for United’s first league game since the win at Fulham more than six weeks ago.

World Cup winner Lisandro Martinez was only flying back into the country on Tuesday night while Scott McTominay, Victor Lindelof and Harry Maguire were all ill.

So Luke Shaw was drafted in as a makeshift centre back with Casemiro also dropping in to the back four when needed.

Rafael Varane – who played in the World Cup final nine days ago – had not been back long but answered an SOS call to take his place in the team.

Yet it was more about what was going on at the other end.

Last time United played against Forest was the famous 8-1 win at the City Ground back in 1999.

And the noisy travelling fans might have feared the worst as their team found themselves two goals down in the opening 22 minutes.

United had looked in the mood right from the off with full-back Tyrell Malacia finding himself free at the back stick and firing a low shot that was bundled onto the post by Wayne Hennessey.

The Wales international keeper was pressed into action as regular number one Dean Henderson was ineligible to play against his parent club and might have known he was in for a busy night.

Yet it was the Forest defence at fault as United did take the lead in the 19th minute as they were caught napping at a corner.

Rashford burst away from his marker and his run was spotted by Christian Eriksen. The Dane’s precision low cross was thumped home first time by the England forward.

After scoring three times at the World Cup, he has returned to Old Trafford looking in prime form.

The second goal was not far behind as Casemiro started a lightning break down the left and Rashford picked out fellow forward Martial.

His shot was through the legs of Willy Boly but should have been kept out by Hennessey who got both hands to it.

For a team who have not scored away from home in the Prem since August, it was a disastrous start.

They could have hit back as Ryan Yates hit a long range effort which was pushed round the post by De Gea.

The visitors thought they were back in it just before the break as Renan Lodi’s free-kick was nodded in by Yates.

A check was for a possible handball was over-ruled but replays showed he had nodded it onto the foot of team-mate Boly who was marginally offside.

So for an 11th time in 16 league games this season, Forest had failed to score in the first half.

Jesse Lingard’s return to Old Trafford was not going to plan and it got worse for him soon after the break as he limped off with what looked like a hamstring injury.

His old mate Rashford was clearly enjoying himself though and his delightful pass was flicked on by Bruno Fernandes but Antony’s shot was pushed away by Hennessey.

And the England ace came close to a second for himself as he got on the end of Donny van de Beek’s cross and forced another good save out of Hennessey.

The former Palace keeper turned a cheeky chip from Casemiro over the bar and was almost left red-faced as Bruno Fernandes tried to beat him from near the half way line but was inches too high.

Rashford was subbed a few minutes from time to be replaced by Anthony Elanga and was given a richly deserved ovation from the home crowd.

But there was still time for a third as Casemiro split the visitors defence open with a delicious pass and Fred slotted in from a narrow angle.

Southwest cancels thousands of flights, leaving passengers stranded across the US