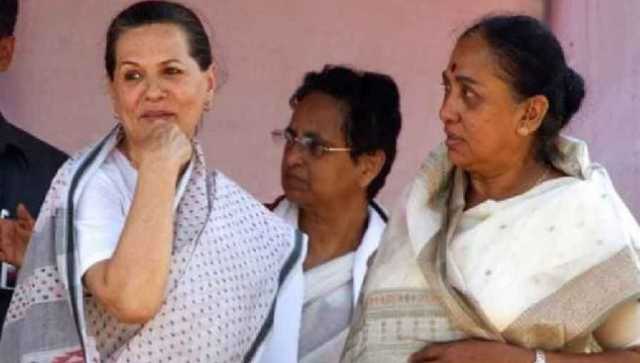 Joint Opposition candidate for Vice President Congress veteran Margaret Alva, who faces NDA’s Jagdeep Dhankhar, has made a comeback, but her history with Congress and its leaders, especially Sonia Gandhi, has been a turbulent one

New Delhi: Margaret Alva, the Joint Opposition candidate for the position of Vice President facing NDA stalwart Jagdeep Dhankhar, has come out of political oblivion, though at 80 the Congress veteran has had her share of differences with her party and Sonia Gandhi.

As part of her journey through the highs and lows of politics, Alva has seen the Congress since the days of Indira Gandhi and has packed her experiences in her memoir titled, Courage and Commitment, with a lot of insider information about the workings of the party.

In a 2016 interview with TV news channel India Today, where she talked about her book, she levelled serious allegations against her party and Congress president Sonia Gandhi.

Here are the FIVE biggest revelations:

1. That former prime minister Narasimha Rao and Sonia Gandhi were keeping tabs on each other; that the two did not trust each other at all.

The decision by the Narasimha Rao government to appeal against a Delhi High court order quashing the Bofors case, which meant reviving the charges against former PM Rajiv Gandhi, left a bitter taste and made Sonia Gandhi suspicious of him.

According to Alva’s autobiography, Sonia Gandhi asked her if PM Narasimha Rao wanted her in jail.

“She seemed unable to trust him. PM (Narasimha Rao) on his part was unnerved by her aloofness,” she wrote in her autobiography.

“She (Sonia Gandhi) always felt that for some reason or the other, Narasimha Rao was not ready to deal with her as he should,” Alva said in the interview.

Margaret Alva also confirms in her book that Narasimha Rao’s dead boy on a gun carriage was not allowed inside the AICC building and that the AICC office did not have, till her time there, Narasimha Rao’s portrait though many lesser leaders had donned the walls.

“When a man is dead you don’t treat him that way,” Margaret Alva said during the interview.

2. Margaret Alva also accused Sonia Gandhi of running Congress “arbitrarily”. She said in the interview that then prime minister Manmohan Singh had often told her that he wanted her in his Cabinet, but it did not happen. Rather, she was made Governor without even being asked or consulted.

She just received a very brief phone call from Sonia Gandhi informing Alva that she was being made governor, Margarate Alva said during the interview.

Margaret Alva has mentioned in her book that in 1980 she was given documentary proof that old Patton tanks from India were being sold to South Africa, with which India at that time had no relations whatsoever, at the instructions of CPN Singh and Sanjay Gandhi and that Wolfgang Michel was at the heart of the deal.

She said in the interview that she had met senior army officers at a secret location and had received documentary evidence that tanks had been loaded at Bombay and registered to be taken to Canada, but offloaded in South Africa.

4. Sanjay Gandhi’s Emergency atrocities had Indira Gandhi’s approval. Alva said during the interview with India Today that she had visited Turkman Gate and had gone on to inform then PM Indira Gandhi about the situation there.

“You have been meddling in Old Delhi, haven’t you,” Alva remembered Indira Gandhi saying, when she walked into her office to inform her about Turkman Gate. “Some hard decisions have to be taken…,” Alva quotes Indira Gandhi in her book as having said with regard to the Turkman Gate.

5. In 2008 Karnataka assembly elections, her son Nivedith Alva was not given a ticket deliberately. She claimed that her son had lost out because of being her son. The only qualification that was listed against Nivedith Alva’s name was that he was Margaret Alva’s son. “As if he had done nothing else,” Alva said in the interview.

Alva had gone on to allege sale of tickets in the Karnataka elections and attributed Congress’ loss to it, for which she was removed as AICC general secretary.

Apart from this, during the interview Alva also reminisced the two times she had met former Cuban leader Fidel Castro. Talking about the second meeting, which she has also mentioned in her autobiography, she said that Castro had told her to pass on a message to Rajiv Gandhi: that he must beware of his then Finance Minister (VP Singh) as the latter was plotting against him.