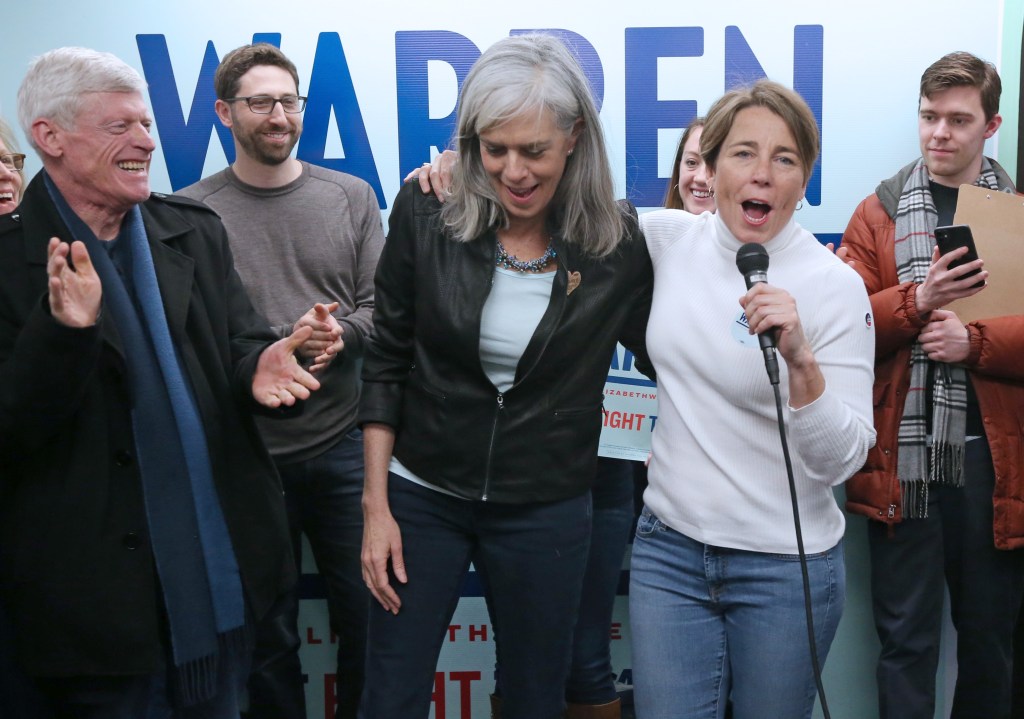 Massachusetts has suddenly produced a new generation of ambitious female political power players who may find their sisterhood solidarity tested down the road.

While all of them talk about unity, the problem is there’s not many open seats or opportunities for them to move up unless they decide to run against each other.

So if a U.S. Senate seat opens up, voters could be making a choice between Wu, Clark, Pressley and maybe even Healey.

There’s also the possibility that some of the women could be tapped for even higher office like vice president, or be in the running for the White House someday — a job Warren has already tried for.

It’s not out of the question.

Healey has generated a national profile as a Democratic leader who as attorney general took on Donald Trump and then seamlessly moved into the governor’s office — a prime position to be picked for a running mate.

Even Wu has made national headlines as a progressive leader and could be on a short list of VP candidates.

The more likely scenario is that a Senate seat opens up – due to either Warren or Ed Markey stepping aside – triggering a mad scramble for that opportunity.

Clark would be a natural for a Senate vacancy. She has quickly moved up the leadership ladder in the House to Minority Whip and while she may not be as popular or well-known as Wu, that could change soon.

In just the last few days she has made speeches and given interviews blasting Republicans — a sign that she intends to keep a high profile in the next two years.

“The @HouseGOP’s historic dysfunction is disgraceful – and entirely predictable,” she tweeted on Thursday. “When it comes to working for the American people, time and time again, they say NO.”

Pressley, a member of Rep. Alexandria Ocasio-Cortez’s “squad,” could easily mount a run for Senate someday in an attempt to make history as the state’s first female Black senator. And she would be tough to beat.

Wu would also be a formidable candidate for Senate or the House down the road.

So it will be interesting to see how the five women’s unity is tested once raw politics and ambition comes into play.

Voters could be treated to a high profile contest featuring several of the new power players – similar to when then-U.S. Rep. Joe Kennedy III ran against the Democratic incumbent, Markey.

Moises Caicedo told to stay away from Brighton training…