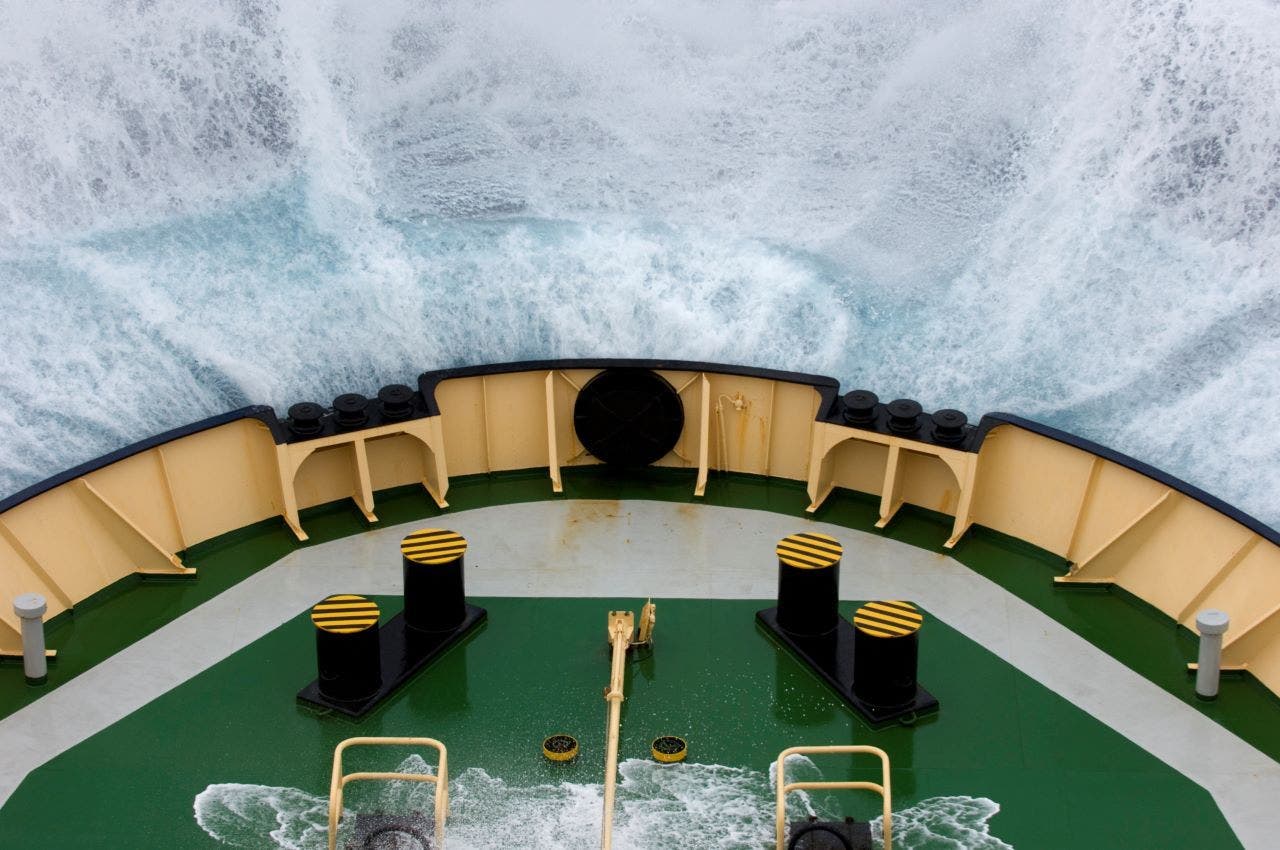 Several harrowing videos of heavy waves battering cruise ships in the Drake Passage as passengers look on have gone viral in recent months, serving as a reminder that the high-priced cruises to Antarctica, while breathtaking, take passengers through arguably the most treacherous waters in the world.

In early December, a TikTok vlogger who goes by “Natasha” shared a video of massive waves battering her cruise ship as it sailed through the Drake Passage between the Pacific and Atlantic Oceans at the southern tip of South America. The video was viewed more than 12 million times, the New York Post reported.

“Waves are crazy in Drake Passage,” another user named “Edmundo” posted on TikTok in December to show a cruise ship dealing with rough seas: “Reaches Deck 6 of our ship.”

“It’s very common,” travel expert Lee Abbamonte, who has traveled to all 193 United Nation member states along with the North and South Pole, told Fox News Digital about the rough seas in the Drake Passage.

The bow of the icebreaker Kapitan Khlebnikov pushes through a wave in rough seas while crossing the Drake Passage.
(David Tipling/Universal Images Group via Getty Images/File)

“The Antarctica season is very short, only a few months, and the Drake is notorious for its waves being unpredictable,” Abbamonte said. “Some get lucky and get Drake Lake, others will likely be laying horizontal for a few days. It’s Antarctica, not the Caribbean.”

In late November, a 62-year-old American passenger on a Viking cruise ship was killed when a rogue wave smashed through a window, sending broken glass flying. Four other passengers suffered non-life threatening injuries.

Waves are seen crashing alongside the Viking Polaris cruise ship during its recent voyage in the Drake Passage.
(Ann Clark Mah/File)

The Viking Polaris ship, which was traveling toward the Argentinian city of Ushuaia en route to the Antarctic, suffered “limited damage” and returned to Buenos Aires after canceling the voyage.

The massive currents colliding at the 620-mile-wide waterway results in layers of cold seawater from the south mixing with warmer seawater from the north, which causes powerful eddies that are often exacerbated by strong winds from storms, according to travel blog Oceanwide Expeditions.

Blogger Candice Gaukel Andrews wrote about a trip across the passage in 2015, writing that she woke up one night to waves hitting the ship “as if I were riding a bucking horse in a rodeo.”

“Not only were we bouncing up and down on huge swells, but we were also twisting side to side,” Andrews wrote. “I clung to the side of my bed with white knuckles to keep from falling out. My roommate finally gave up trying to stay put, shoved her mattress onto the floor and flopped on top of it. Everything that wasn’t bolted down—books, bottles, papers, pens—went flying through the room, much as if we were experiencing zero gravity that had somehow speeded up.”

“Outside the porthole, though, it looked more like a washing machine.”

Waves break on the Greenpeace ship Arctic Sunrise in the Drake Passage as it navigates toward the Antarctic Peninsula on Feb. 10, 2018.
(Reuters/Alexandre Meneghini/File)

The average water flow of the main current that flows through the passage, the west-to-east Antarctic Circumpolar Current, stretches more than 12,400 miles and is estimated to carry 135 million cubic meters of water, about 600 times the Amazon River’s volume.

The choppy waters of the Drake Passage, named after English explorer Sir Francis Drake, who never actually traveled through the waterway but died near the location in 1578, are believed to have caused more than 800 shipwrecks.

Generally, it is believed that the best month to visit Antarctica is in January when the Drake Passage seas are typically calmer, but the waterway remains unpredictable regardless of the month.

Despite the sometimes dangerous waters and waves that can reach up to 40 feet, Abbamonte says passengers are willing to shell out “upwards of $20-$30K” in some case for the chance to visit the remote continent via luxury cruise.

“You can go out in zodiacs and see the ice up close,” Abbamonte said. “Some people actually jump into the water, and you generally will see a lot of penguins in their own habitat.”

Abbamonte said that the cruises to Antarctica are “very safe as far as expedition cruises go” despite the viral videos showing rough seas, and that travelers who would rather avoid the Drake Passage can fly to Antarctica, but those trips can be more expensive.