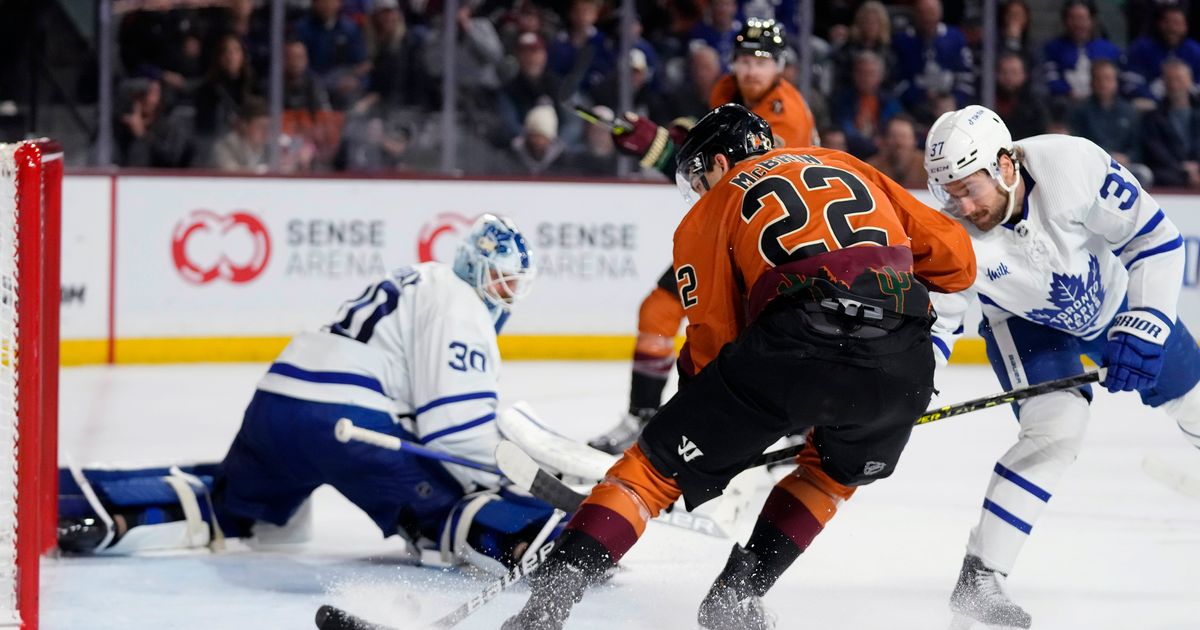 McBain broke a tie when he converted a cross-ice feed from Lawson Crouse with 6:17 remaining. McBain and Barrett Hayton scored into an open net in the final moments as the Coyotes became the first team to beat Toronto (22-8-6) twice this season.

The Coyotes are 6-1-1 at 5,000-seat Mullett Arena since returning from a 14-game, 33-day road trip. They have defeated Boston, Colorado and the Maple Leafs at home this season.

Pontus Holmberg, Calle Jarnkrok and Alexander Kerfoot scored for the Maple Leafs, who had won three in a row. Jarnkrok has scored in three straight. Matt Murray made 21 saves.

Bjugstad gave the Coyotes an early lead when poked a puck free along the side boards and skated in alone on Murray after Leafs defensemen Mark Giordano and Justin Holl collided just inside the blue line. Bjugstad’s goal at 46 seconds was one of two Coyotes shots in the first period.

Holmberg and Jarnkrok scored on the Leafs’ two power-play chances midway through the first, both on passes from Conor Timmins.

Chychrun tied it at 2 on a power play in the second period. The Coyotes won the draw in their end and Chychrun knocked in a rebound of Nick Ritchie’s quick wrist shot.

Kerfoot put the Leafs ahead 3-2 when he redirected Mark Giordano’s shot from the blue line at 11:19.

Moser tied it five minutes into the third with one second remaining on a penalty on Timmins, who gave the puck away in his own end and was called for high sticking while trying to get it back.

Maple Leafs: At Colorado on Saturday.

Coyotes: At Tampa Bay on Saturday.

How a country found itself in a sport hero