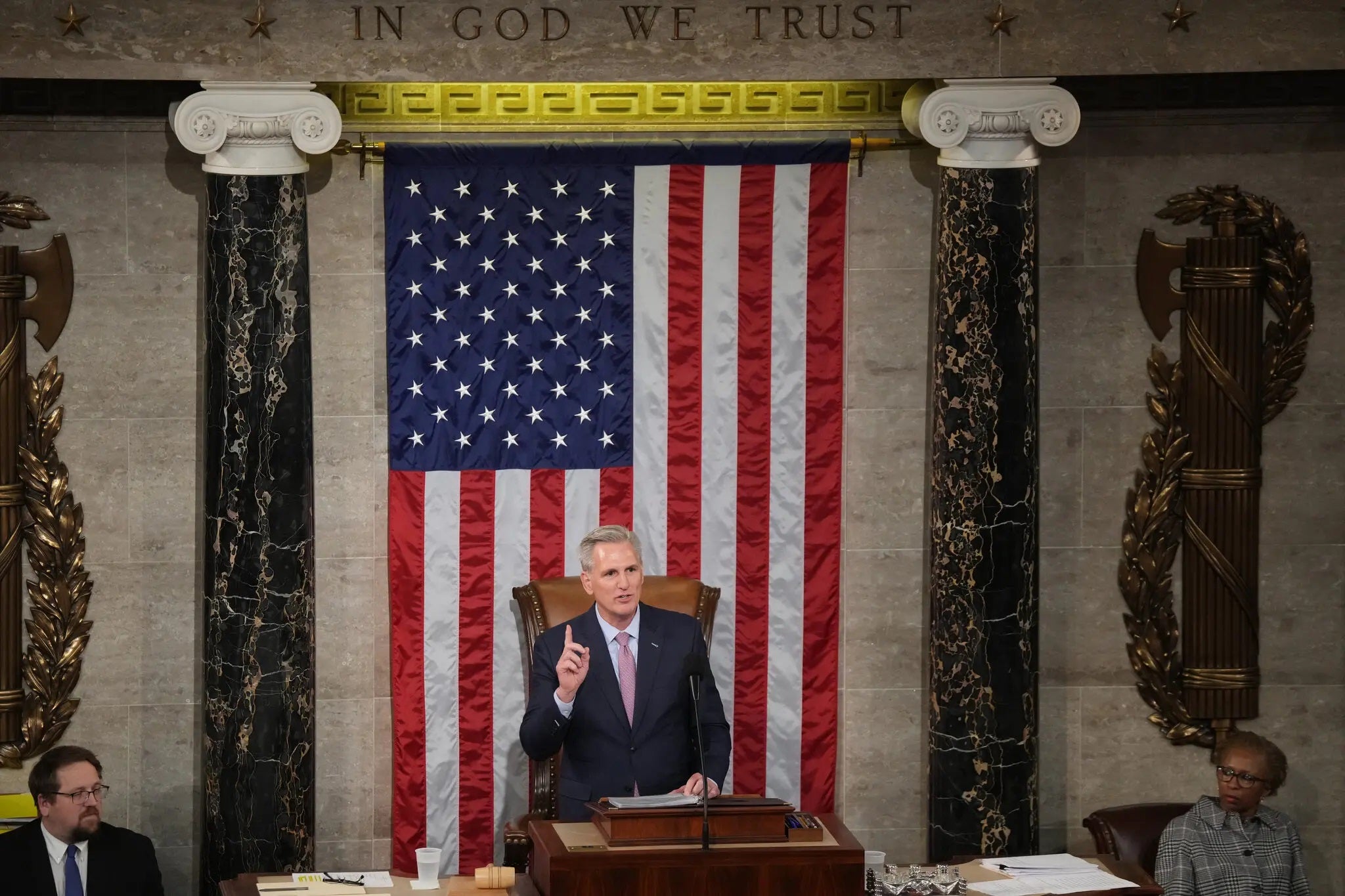 WASHINGTON — Rep. Kevin McCarthy of California won election early Saturday as House speaker in a historic five-day, 15-ballot floor fight, after giving major concessions to right-wing holdouts and weathering a dramatic late-night setback that underscored the limits of his power over the new Republican majority.

McCarthy clawed his way to victory by cutting a deal that won over a sizable contingent of ultraconservative lawmakers on the 12th and 13th votes earlier in the day, and then wearing down the remaining holdouts in a tense session that dragged on past midnight, ultimately winning with a bare majority, after a spectacle of arm-twisting and rancor on the House floor.

The protracted fight foreshadowed how difficult it would be for him to govern with an exceedingly narrow majority and an unruly hard-right faction bent on slashing spending and disrupting business in Washington. The speakership struggle that crippled the House before it had even opened its session suggested that basic tasks such as passing government funding bills or financing the federal debt would prompt epic struggles over the next two years.

Yet McCarthy, who was willing to endure vote after humiliating vote and give in to an escalating list of demands from his opponents to secure the post, denied that the process foretold any dysfunction.

“This is the great part,” he told reporters. “Because it took this long, now we learned how to govern.”

The floor fight dragged on for the better part of a week, the longest since 1859, and paralyzed the House, with lawmakers stripped of their security clearances because they could not be sworn in as official members of Congress until a speaker was chosen.

With McCarthy elected, he was set to immediately turn to swearing in the 434 members of the House to officially seat the 118th Congress. Republicans announced that they would wait until Monday to consider a package of rules for the chamber, which is expected to enshrine many of the compromises McCarthy made to win his post.

“What we’re seeing is the incredibly shrinking speakership, and that’s most unfortunate for Congress,” former Speaker Nancy Pelosi, D-Calif., said as she entered the chamber Friday afternoon.

This article originally appeared in The New York Times.

RMRC to get biosafety level 3 laboratory for diagnosis, research