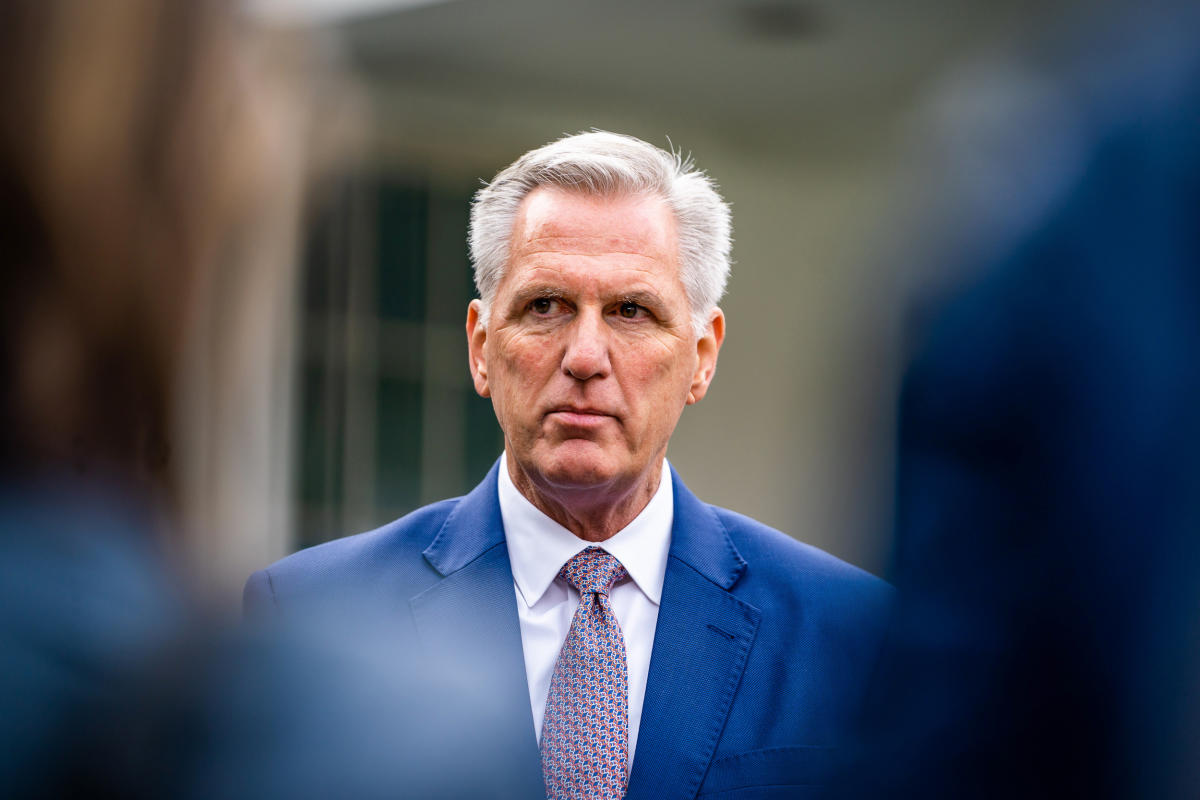 WASHINGTON — A weekslong standoff between Republican leader Kevin McCarthy and his conservative detractors comes to a head Tuesday as lawmakers prepare to vote on a new speaker of the House.

A small band of far-right members close to former President Donald Trump has been vowing to stick together to deny McCarthy, of California, the speaker’s gavel. Because the GOP’s new 222-212 majority is so thin, as few as five GOP lawmakers could block him from winning the 218 votes he needs to win on the first round. That would send the process to multiple ballots — and almost certain chaos on the floor.

The last time that happened was exactly 100 years ago.

Five conservatives — the so-called Never Kevins led by Reps. Matt Gaetz of Florida and Andy Biggs of Arizona — say they won’t vote for McCarthy under any circumstance, and they have urged him to drop out to allow another candidate to step forward.

“We should not be beholden to the political philosophy of Kevin McCarthy at all, because Kevin McCarthy believes in nothing,” Gaetz said at a recent Turning Point USA conference in Phoenix.

McCarthy’s troubles aren’t limited to the Gaetz group, however. In a bid to win support from a separate group of Trump-aligned House Freedom Caucus members, McCarthy did agree over the weekend to a suite of rule changes that would water down his powers as speaker.

But nine members of that group, including Freedom Caucus Chairman Scott Perry, R-Pa., characterized his proposals as too little, too late.

In their New Year’s Day letter, they wrote that he failed to address a number of their demands, like ensuring leadership doesn’t work to defeat some conservative candidates in open primary races. The members also said McCarthy’s proposed rule changes would still be too restrictive of members’ ability to oust the speaker in the middle of the Congress.

“Despite some progress achieved,” the Freedom Caucus group wrote, “Mr. McCarthy’s statement comes almost impossibly late to address continued deficiencies ahead of the opening of the 118th Congress on January 3rd.”

McCarthy, who has Trump’s endorsement and easily defeated Biggs to win his party’s nomination for speaker, isn’t backing down. He is already moving into the speaker’s suite, and upon leaving the Capitol on Monday he predicted that the day of the speaker vote would be a “good day.”

Eager to take the reins of their new majority, most House Republicans have publicly lined up behind McCarthy. And his die-hard loyalists, who call themselves the “Only Kevins,” have pledged to go to the mat for McCarthy and block any rival who emerges.

“You can’t beat somebody with nobody. So who’s going to beat McCarthy? Who’s going to get 218 votes on the floor? Nobody else but him,” moderate Rep. Brian Fitzpatrick, R-Pa., a leader of the bipartisan Problem Solvers Caucus, told reporters.

Fitzpatrick said he will vote for McCarthy “first round, 1,000th round and every one in between,” adding, “And there’s a ton of us like that.”

The showdown could have major implications for the House. No other House business can occur until a speaker is selected, which means floor votes, committee hearings and other congressional work will grind to a halt if Republicans can’t agree on a new leader.

That could delay new House GOP investigations into the Biden administration’s handling of the border, the Covid-19 response and the U.S. withdrawal from Afghanistan.

“The refusal of a small group of individuals to coalesce around who the vast majority voted for hurts the entire team and will slow us down right from the start,” said another McCarthy ally, Rep. Don Bacon, R-Neb.

Germany Deported 13k Migrants in 2022 As Number Below Pre-Pandemic