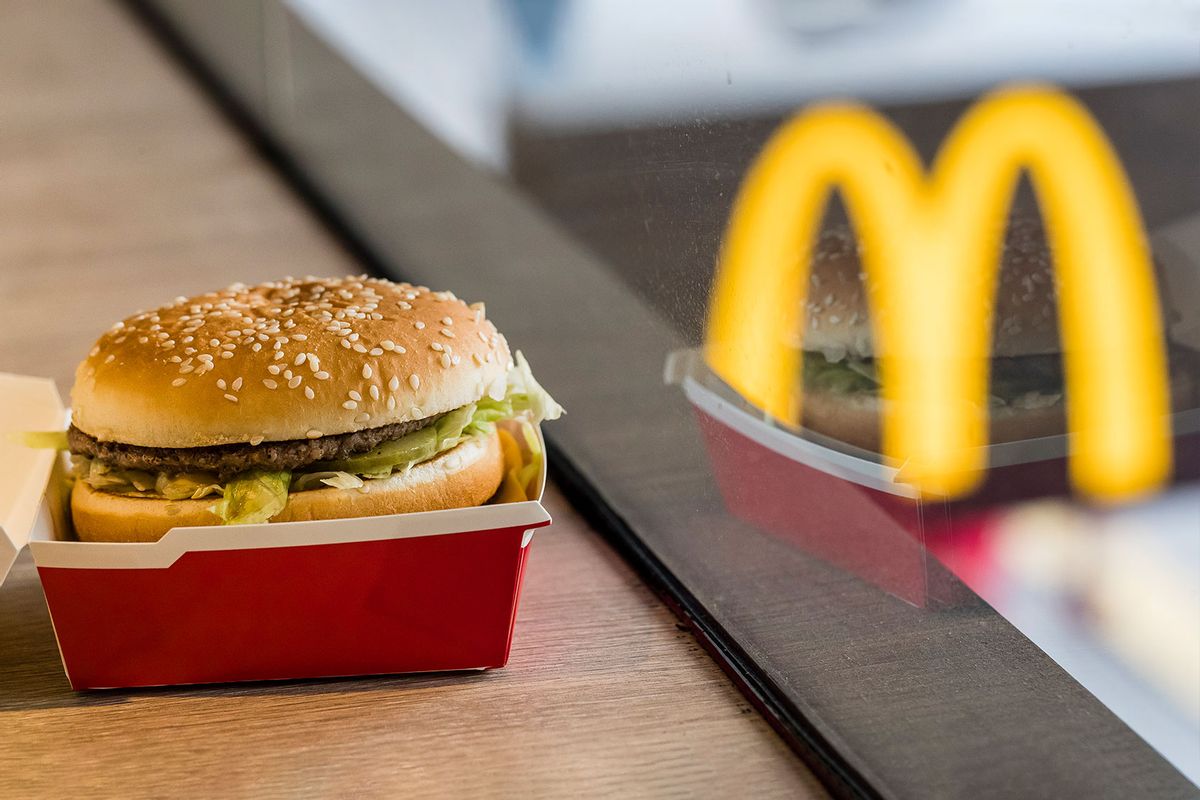 The great chicken sandwich war is far from over, at least if McDonald’s has its say.

In this stage of the battle, the Golden Arches isn’t entirely reimagining what’s possible, as Popeyes did three years ago. Rather, the largest fast-food chain in the world is testing a chicken version of its most iconic burger.

McDonald’s is busy trying out the Chicken Big Mac in select national and international markets. After first debuting across the pond last winter, the buzzy sandwich finally drops stateside “later this month.” However, it will only be available at Miami-area stores, according to The Washington Post.

If the Magic City isn’t in your neck of the woods, don’t lose hope. McDonald’s has suggested that a much wider rollout may be on the horizon if the Chicken Big Mac performs well. In the U.K., the sandwich reportedly sold out in only 10 days.

“We’re always looking to give our fans more ways to enjoy the classic menu items they know and love,” McDonald’s told The Post in an email inquiring about the new offering, which has made the rounds on social media.

The burger chain added that “while not everything we test makes it on our U.S. menus, we’ll use this time to gather feedback from both customers and restaurant crew as we consider opportunities to offer more delicious options in the future.”

Similar to the classic Big Mac, the chicken version sold in the U.K. and viewed in leaked U.S. training materials features a sesame seed bun with special sauce, shredded lettuce, pickles and a slice of American cheese. Instead of a pair of juicy beef burgers, however, the sandwich sports two “tempura chicken patties.” A statement from McDonald’s didn’t mention whether the finely chopped onion, another staple Big Mac ingredient, would be included.

Though the Chicken Big Mac isn’t an official menu item, it has become a popular secret menu item on social media.

“Even before the Chicken Big Mac sandwich debuted across the pond, clever ‘hackers’ — people who either custom-order off fast-food menus or order multiple items and mash them together themselves — were already enjoying it,” Emily Heil wrote in The Post. “They are a thing on TikTok: some people apparently convinced their local McDonald’s to make them, while others went to DIY route, using the chicken from other sandwiches.”

News of the new sandwich quickly garnered attention on Instagram after the self-proclaimed “breaker of food news” Mark Vayntraub (aka @markie_devo) shared that U.S. employees were “learning how to create a Chicken Big Mac.” The post, which cited “several” unnamed McDonald’s employees as sources, included an image of the Chicken Big Mac alongside illustrated instructions for assembling the sandwiches.

At this time, McDonald’s has released no further information about the Chicken Big Mac. Only time will tell if it becomes a permanent and notable addition to the fast food chain’s menu or merely a footnote in chicken sandwich war history.

House of the Dragon review, release date Australia, how to watch: Game of Thrones prequel is exactly what you want it to be