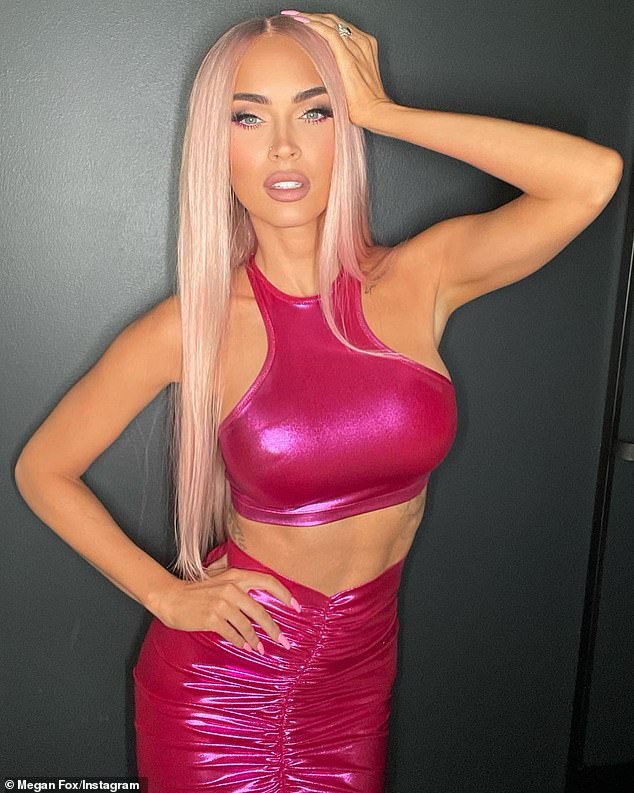 By Ashleigh Gray For Dailymail.Com

They’ve successfully managed to co-parent since their split back in 2020.

It comes after the couple, 48 and 37, welcomed son Zane Walker last week.

A source told the entertainment news outlet that the actress gifted the pair with a floral arrangement.

The insider noted that the ‘few dozen’ flowers were white and came with a note that said ‘Congratulations Brian and Sharna.’

The person also clarified that the gift was signed from Megan only, and not her fiancé, musician Machine Gun Kelly, 32. 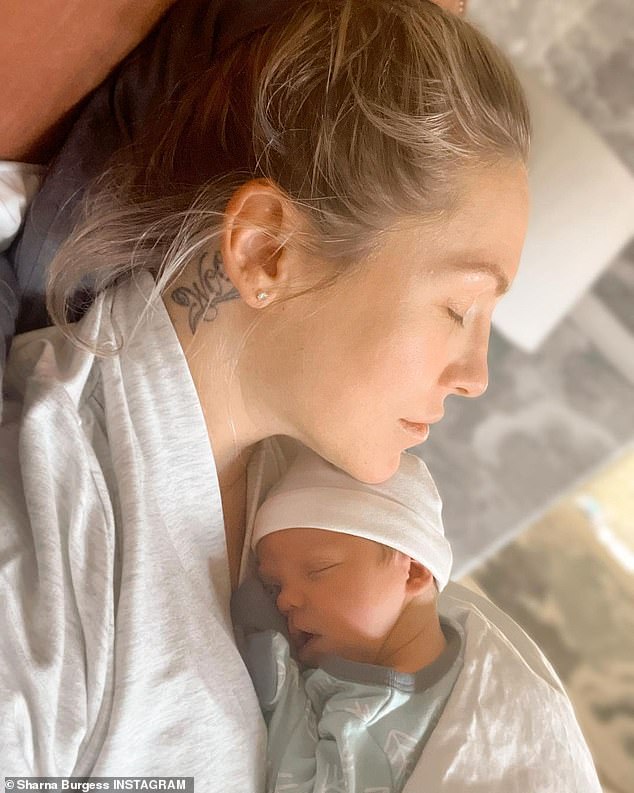 Proud mom: New mom Sharna, 37, shared a sweet snap with her newborn resting on her chest 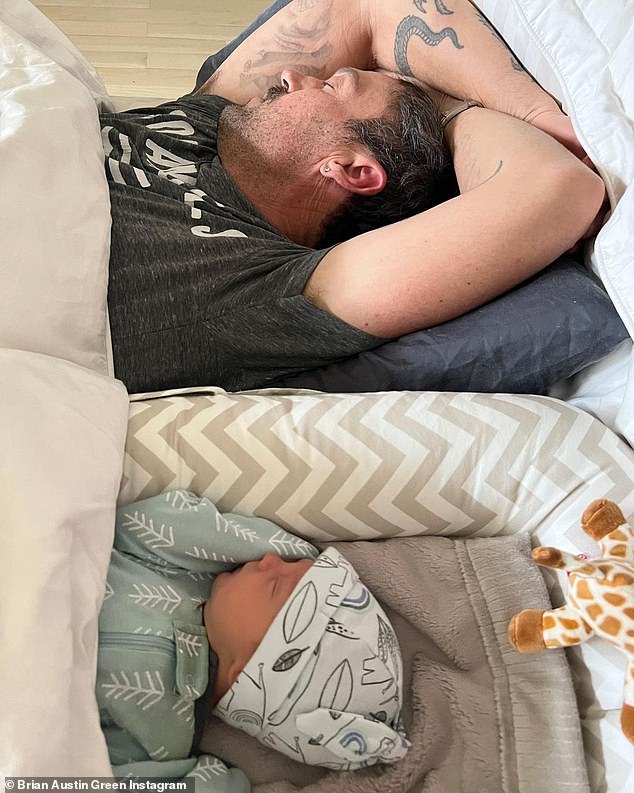 Both Brian and Sharna took to their respective Instagrams on Thursday to announce that their baby son had arrived on Tuesday, June 28.

‘Zane Walker Green born 6/28 at 12:12,’ captioned Green, with Burgess adding that her ‘heart is now forever outside of my body.’

Included with the couple’s birth announcement was a black-and-white image of baby Zane rapping his hand around his father’s finger.

He appeared to be resting in a cozy crib atop a striped blanket. 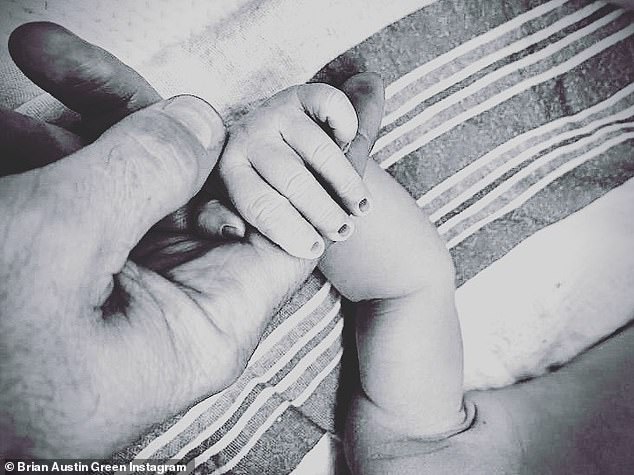 Bundle of joy: Proud dad Brian announced his son’s birth on Instagram with a precious photo

Green’s latest romance kicked off in October 2020, five months after his split from Megan in May 2020. The Transformers star has since moved on with MGK.

One year into their relationship, Burgess and Green partnered up to compete during the 30th season of ABC’s Dancing with the Stars. 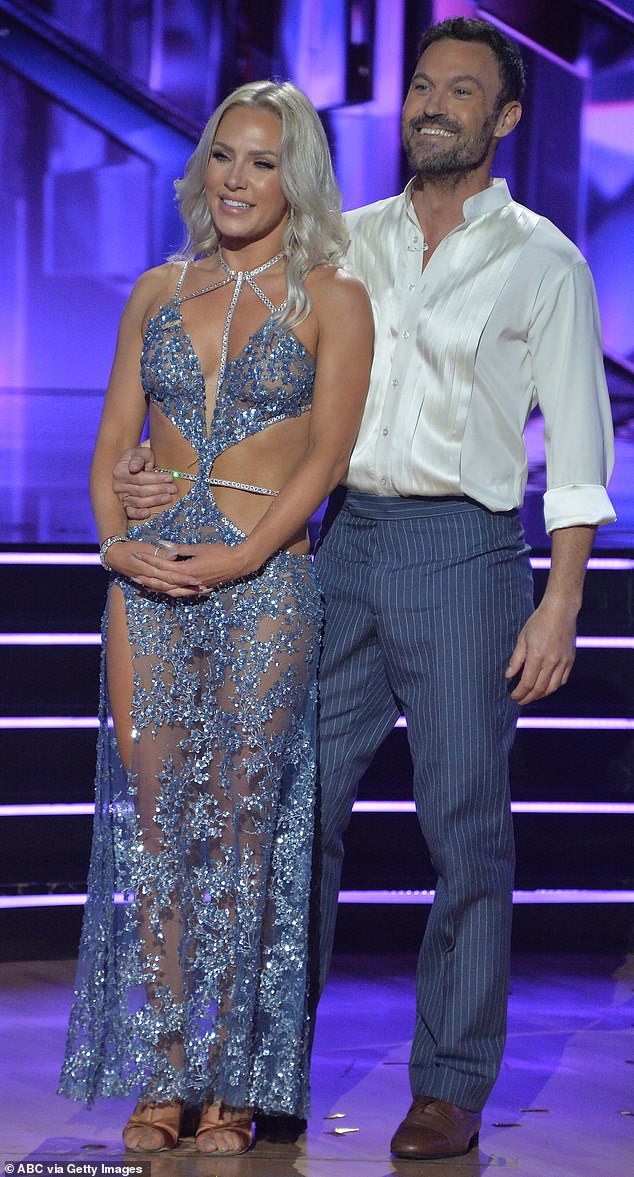 Venture: One year into their relationship, Burgess and Green partnered up to compete during the 30th season of ABC’s Dancing with the Stars

After less than two years of dating, Green and Burgess announced in February that she was pregnant with their first child.

The pair celebrated the news by enjoying a ‘babymoon’ in Hawaii, where Burgess showed her baby bump for the first time.

Fox has publicly shown support for the couple, commenting on an Instagram post earlier in their relationship.

Last summer when Brian captioned a photo of him and Sharna, ‘It’s been a really long time since I’ve been with someone I can truly share life with,’ some fans took it as a dig against Megan.

But she happily wrote, ‘Grateful for Sharna,’ with a heart emoji. 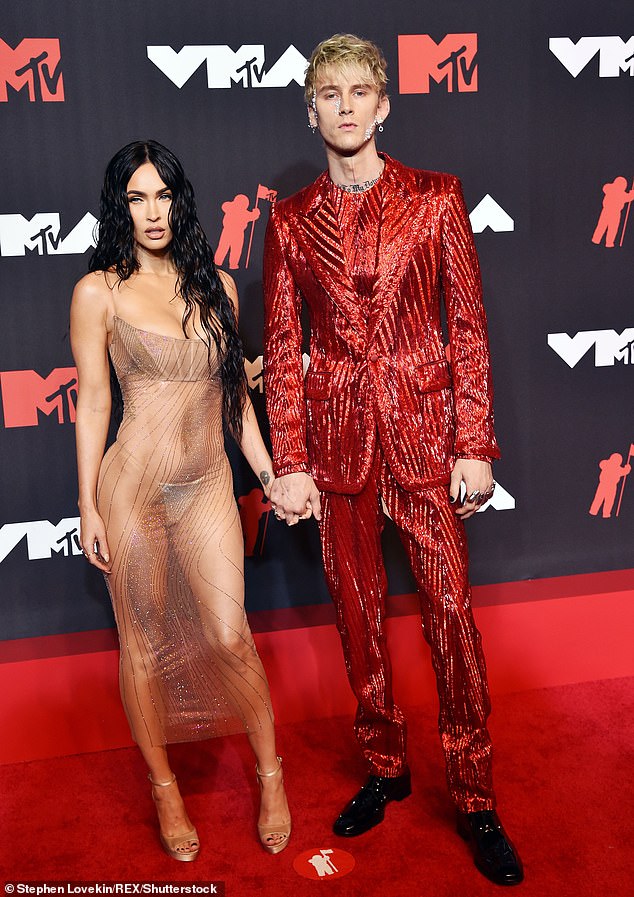 New love: Megan and Machine Gun Kelly have stayed in the headlines since their fiery relationship began; Pictured 2021 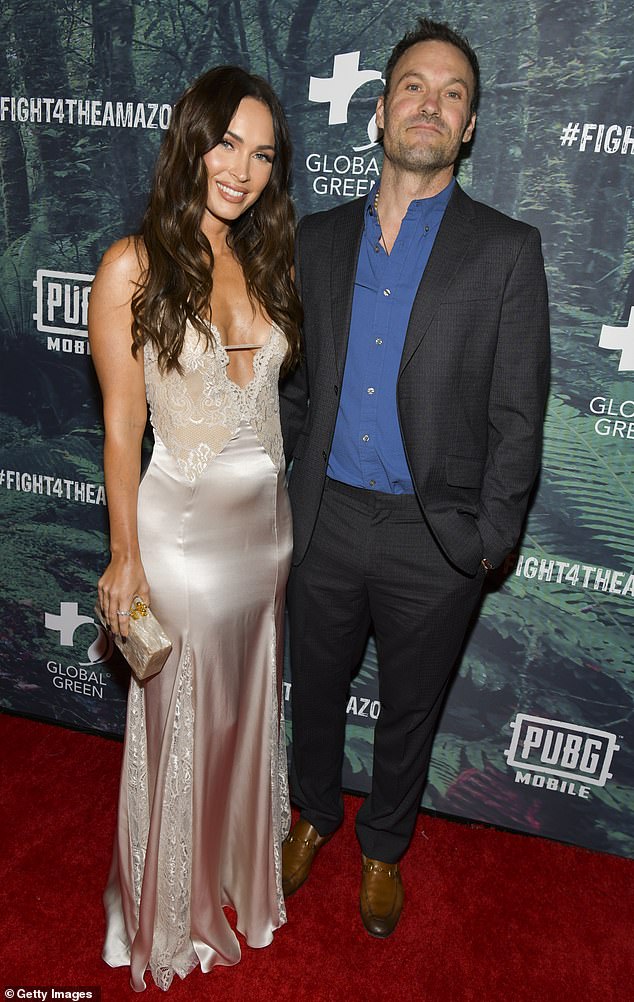