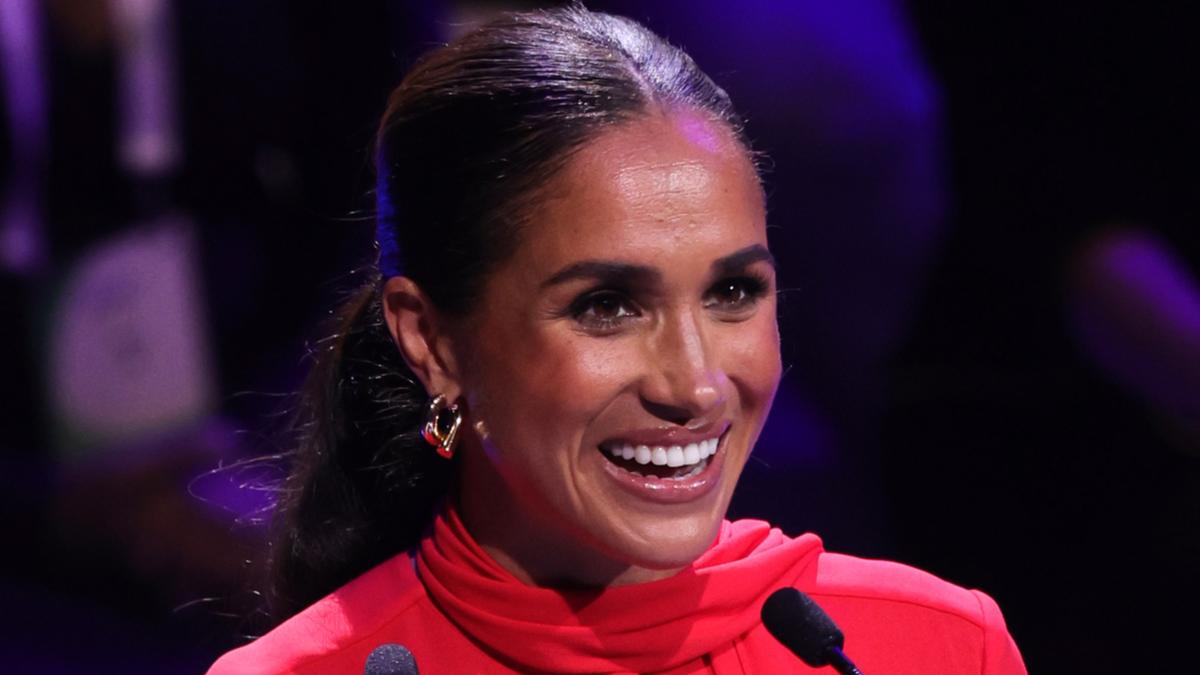 There was a time when the appointment of a new Prime Minister and the bowing out of the Home Secretary would have been no match for the stellar pulling power of the Duchess of Sussex.

But that was when she just seemed like a rather glamorous addition to a slightly fusty royal family: A ray of LA sunshine to brighten our – and Prince Harry’s – days.

Since then, a few truths have transpired – not all of them perhaps as she might have hoped.

And the great British public – away from whom it seems the Duchess cannot get far enough – have, not entirely unreasonably, become somewhat more circumspect about her motives and intentions.

And so, what even six months ago might have been a whirlwind of flashbulbs and flowers began quietly, as the Duke and Duchess of Sussex spent the night in Frogmore Cottage, just a short walk from Harry’s brother and his family, newly installed on the Queen’s Windsor estate.

Despite their proximity, they rather sadly spent the evening alone, before on Monday quietly boarding the 12.20pm Avanti West Coast Service to Manchester Piccadilly, where Meghan was due to deliver a speech on gender equality at the One Young World summit, an event which brings together young leaders from more than 190 countries.

It’s hard to come across as genuinely self-deprecating, genuinely modest – when all you’re really doing is talking about yourself. Again.

By 6pm, barely a peep or a paparazzo shot appeared to have escaped the cordon of security surrounding them – paid for by the Prince himself, who is still in litigation with the Home Office about his right to police protection when on UK soil.

Could it be that, following a disastrous week in which the Duchess’s various utterances had earned her less than rave reviews, they had finally read the room and decided to keep thing rather more low key?

As the couple were pictured greeting the organisers on stage – Meghan resplendent in red – the online feed from the venue remained silent, a few hundred viewers waiting patiently for the main event.

Then, suddenly, we were live.

A procession of young people took to the stage – from Moldova to Montenegro, waving flags to the strains of Move On Up.

Harry and Meghan sat in the front row, smiling and clapping as the various representatives processed and the crowd cheered.

Meghan had her best ‘interested’ smile on as the music segued into Aretha Franklin’s respect.

The American flag-bearer waved encouragingly in her direction. Everyone stood up and did a bit of slightly awkward dad-dancing.

First up, a brief but heartfelt speech from the chair of the organisation, former Irish President Mary Robinson, quoting Nelson Mandela.

Oh dear, had she not been briefed on the Duchess’s little recent faux pas – when Meghan claimed that her marriage to Prince Harry sparked scenes of joy in South Africa comparable to those on show when Mandela was released from prison?

Next, Sir Bob Geldof himself. A big cheer when he mentioned Manchester’s mayor Andy Burnham, as well as the obligatory f-bomb and a dig at Boris Johnson.

And then it was Meghan’s turn.

Poised, smiling, she took to the podium to tell the audience all about… Meghan.

About how she has been with the organisation since 2014, about how humbled (tick), in awe (tick), nervous (tick) she felt about being in such incredible company.

Why, she even saved her little paper place-card that had her name on it, such was her disbelief.

She was so nervous, doubted herself so much.

Was she even good enough to be there (shy giggle, conspiratorial smile)?

As for gender equality, she didn’t mention it once. But no matter. She was grateful, she was humble, her pantsuit was awesome.

It ended with a short fanfare, followed by Harry hastily ushering her toward the exit, pausing briefly for a few selfies.

The audience, of course, loved her.

And she was undoubtedly impressive: Beautifully turned out, wonderfully poised.

But it’s hard to come across as genuinely self-deprecating, genuinely modest – when all you’re really doing is talking about yourself. Again.