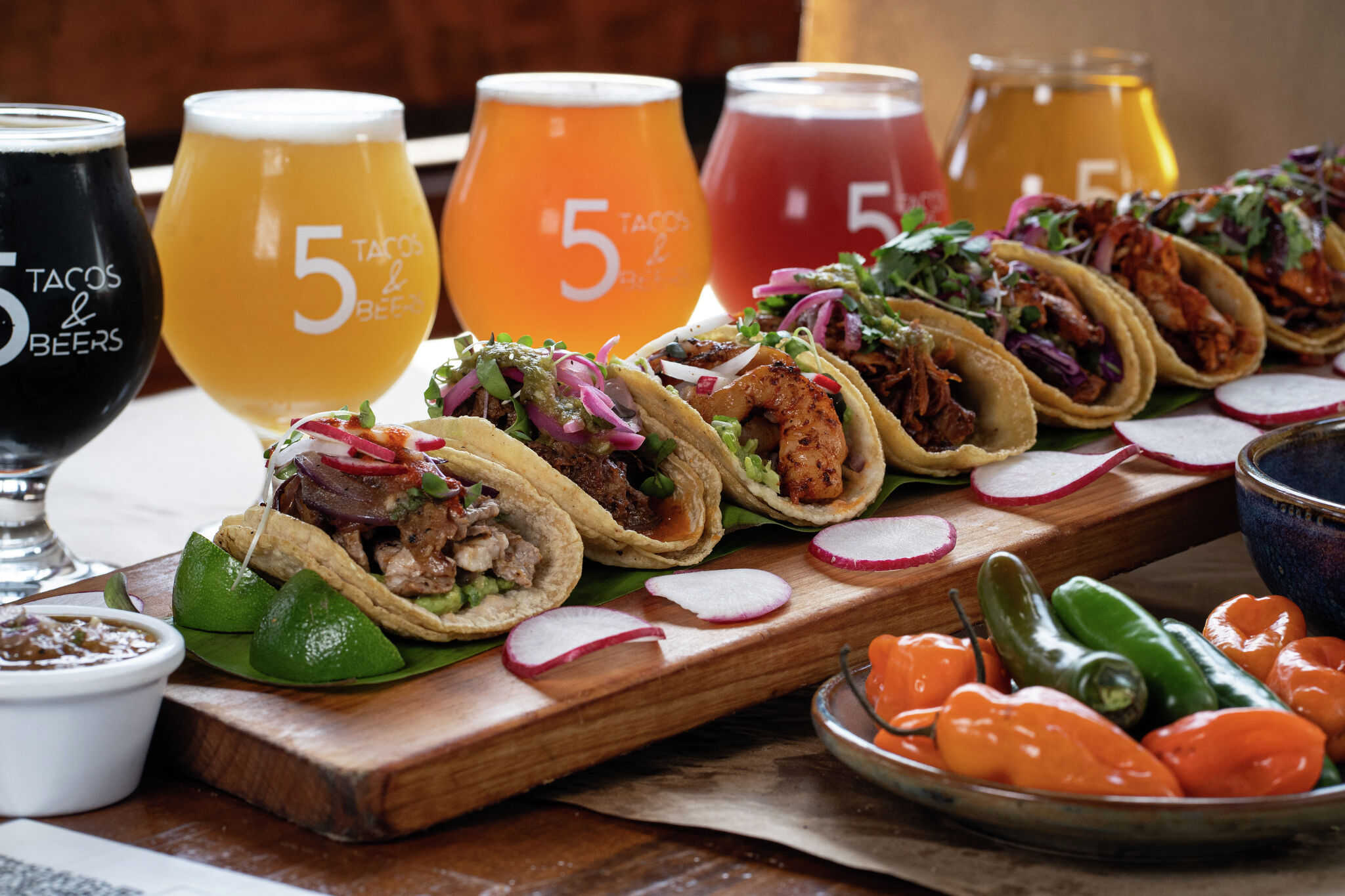 Back in June, Berkeley residents mourned the loss of Shen Hua, a well-loved Chinese restaurant that was open for nearly 25 years on College Avenue. Now, the Elmwood neighborhood is getting a new restaurant: 5 Tacos & Beers, the second location of the Albany Mexican restaurant, as first reported by What Now San Francisco.

5 Tacos chef-owner Lito Saldaña ran Berkeley’s Cancun Sabor Mexicana for 15 years until he decided to open his own restaurant, Los Moles in Emeryville (Los Moles now also has locations in El Cerrito and San Rafael). The idea for 5 Tacos & Beers, which opened in Albany in 2020, grew out of the popularity of “taco Tuesday” at Los Moles.

“We were really popular with the taco Tuesdays, so we decided to open a concept for just tacos and beers,” Saldaña told SFGATE.

When 5 Tacos first opened, they only served five types of tacos, thus the name. But Saldaña eventually added more options to the menu, including ceviche, flautas and vegan options. Still, the speciality is the tacos.

“It’s kind of like street tacos, but more like homestyle — homestyle meaning that we make everything from scratch, like we make handmade corn tortillas,” Saldaña said. “… I grew up in Mexico in a little town where we used to grow everything. We used to raise the animals and that was the meat that we were eating. So the idea is bringing quality ingredients. We really care about what the customer is going to eat here.”

5 Tacos also is serving an extensive list of craft beers from local breweries, with no “corporate beers” on the menu, Saldaña said.

For him, moving into the space at 2914 College Ave. is a bit of a homecoming.

“I actually grew up mostly in Berkeley,” he said. “I’m looking forward to being back in Berkeley. I believe this location is great. I really love the area.”

The new Berkeley 5 Tacos & Beers is expected to open in September. Another new location in Walnut Creek is also slated to open in the next few months at 1352 Locust Street.

Ballymaloe’s head chef Dervilla O’Flynn on how she rose from the lowliest role to the top job, and how she uses locally grown ingredients to keep Ireland’s farm-to-fork tradition alive