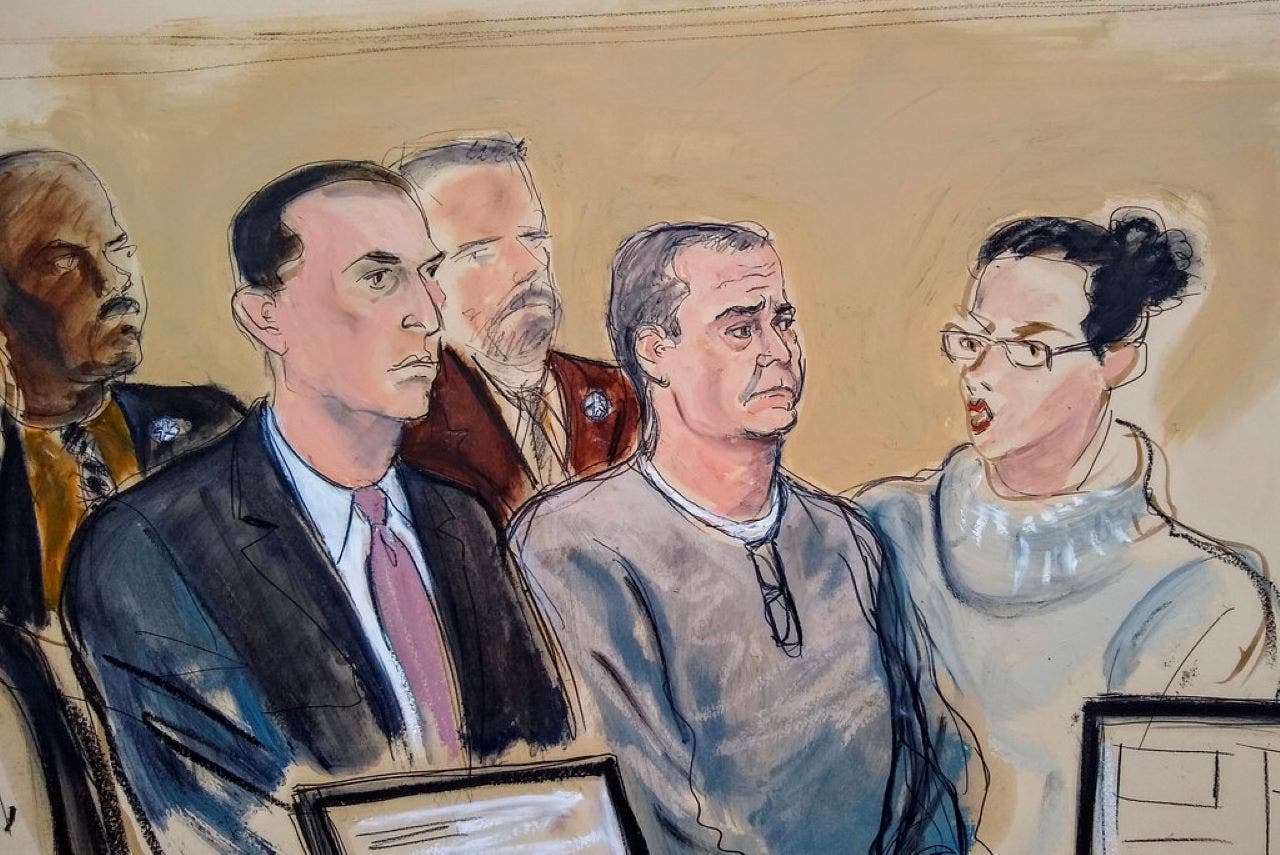 A man who was once the top security official in Mexico will face trial in the United States starting this week on charges he accepted millions of dollars in bribes in order to help facilitate cartel business rather than crack down on them.

Genaro García Luna was best known as the mumbling, tough-looking former security secretary under ex-President Felipe Calderón, and prosecutors say that he accepted tens of millions of dollars of bribes, sometimes stuffed in briefcases, to help cartel members avoid capture and operate freely in Mexico.

Prosecutors say he continued to live off his ill-gotten proceeds even after he moved to the United States, where he was arrested in 2019, though the defense says he was a legitimate businessman.

Jury selection was scheduled to begin Tuesday, and prosecutors are expected to provide evidence in the form of pay stubs that show him accepting money from various proxies linked to the cartels.

“For decades, Mexico’s political elite, of all parties, has sought by any means to have security ministers, generals, police commanders, interior secretaries and high-ranking officials tried and imprisoned in Mexico. … All that to avoid them giving information on the ties between the drug cartels and politicians,” said Mexican security analyst David Saucedo. “García Luna’s trial in the United States breaks with that pattern.”

Luna was responsible for taking down several big name cartel leaders as he ran Mexico’s version of the FBI, which was tasked with a brutal crackdown against drug violence during the Calderon administration, but authorities say Luna was living a double life and helping cartels escape the law at the same time.

Mexican President Andrés Manuel López Obrador has welcomed the trial, which is expected to cast light on corruption in the administration of Calderón, whom the president accuses of robbing him of the presidency in 2006.

The trial begins just days after President Biden met with López Obrador in Mexico City. The two governments pledged continued cooperation against the drug cartels, especially against the scourge of the synthetic opioid fentanyl, which contributed to more than 107,000 drug overdose deaths in the U.S. in 2021. López Obrador scrapped the civilian federal police force that García Luna once led and put the military in charge of much of the country’s security.

Luna has pleaded not guilty to drug trafficking charges and a continuing criminal enterprise. He could face decades in prison if convicted.

The Associated Press contributed to this report