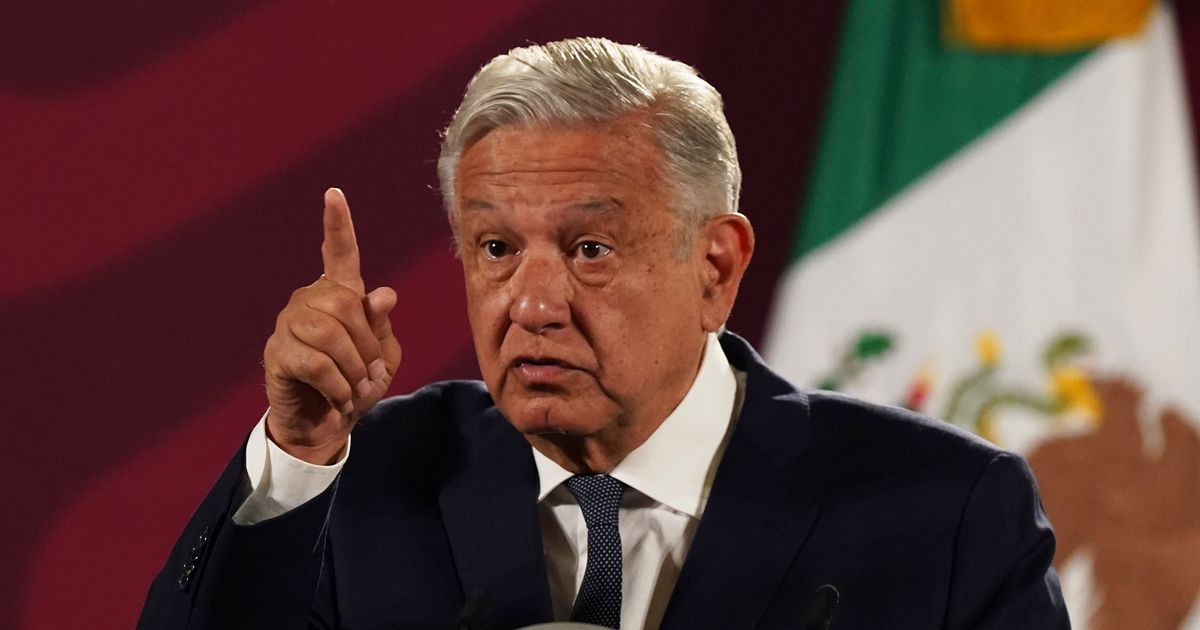 MEXICO CITY (AP) — Mexico’s president appealed to the country’s citizens Tuesday not to accept holiday handouts and gifts from drug gangs, after videos posted online showed garish pickup trucks handing out loads of gifts while bystanders described the drivers as members of the Jalisco drug cartel.

President Andrés Manuel López Obrador confirmed that some drug gangs were looking to resume such giveaways — often seen years ago — to gain the support of the local population.

López Obrador said in his morning press briefing that local residents in some communities have tried to protect traffickers, stop drug seizures or oppose the installation of National Guard bases intended to fight drug trafficking.

Authorities have not confirmed the source of the gifts — mostly toys — in the Dec. 21 handout in a low-income neighborhood in the city of Guadalajara, the capital of Jalisco state.

A convoy of trucks carrying inflatable Santa decorations and Christmas lights drove through the neighborhood, blaring “narco corrido” songs praising the Jalisco cartel and a local leader of the gang, known by the alias “RR.”

A bystander in one video clip is heard saying, “All RR’s people. Who says they don’t give you anything? Why doesn’t the government do the same?”

Asked about the videos Tuesday, López Obrador conceded the practice was re-emerging; in the 2010s, such cartel Christmas gift rounds were common in the northern border state of Tamaulipas. López Obrador said it was part of a strategy by criminal gangs to win popular support.

“Since the start of this administration, we knew, it was obvious, it was public record, that criminal gangs were relying a lot on social bases, on people in the communities,” the president said. ”They use the people as (human) shields.”

“Lately, some groups are trying to revive this (gift-giving) method by getting people to support them,” López Obrador said. “When there is a cocaine seizure, communities come out and defend the traffickers, and even try to abduct members of the army and (National) Guard, to prevent the seizure of the cocaine.”

Local residents in three states have also held demonstrations against the construction of barracks for the National Guard. López Obrador attributed what he described as “three or four cases” of local opposition to cartel influence. However, in the case of demonstrations in Mexico City, residents have said they view the barracks as unnecessary, environmentally damaging or likely to increase violence in the neighborhood.

Mexico’s most massive show of local support for criminal gangs has come for fuel-theft gangs that drill into government pipelines to steal gasoline and diesel. Because the fuel thieves let local people also collect gas from the illegal taps, many communities fought raids by police and the army.

But López Obrador said his campaign against fuel theft has weakened that type of collaboration with criminals.

Co-leader of Whitmer kidnap plot gets 16 years in prison