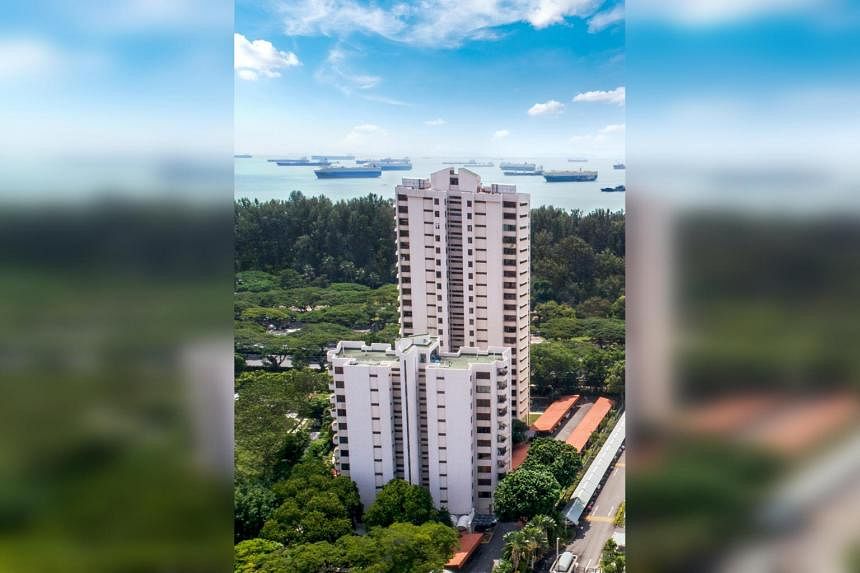 SINGAPORE (THE BUSINESS TIMES) – Meyer Park, a freehold seafront condominium development at 81 and 83 Meyer Road in Marine Parade, has been launched for collective sale at a reserve price of $420 million.

This works out to a land rate of about $1,720 per square feet per plot ratio (psf ppr) after factoring in a development charge of $78.2 million, which factors in a 7 per cent bonus floor area.

Zoned “residential” with a plot ratio of 2.8 per cent, the District 15 site has a land area of about 96,672 sq feet (sq ft) with an 88-metre frontage facing the sea. Its maximum allowable gross floor area spans some 289,628 sq ft after factoring in a bonus floor area of 7 per cent.

Meyer Park was completed in the 1980s and houses 60 apartment units. A new development can accommodate up to 251 units, said Swee Shou Fern, head of investment advisory at exclusive marketing agent Edmund Tie.

Meanwhile, since GuocoLand’s nearby condo project Meyer Mansion was launched for sale in September 2019, its units have transacted in the range of $2,403 to $3,293 psf. The residential development at 79 Meyer Road remains under construction, and is estimated to obtain TOP (temporary occupation permit) in 2024.

Edmund Tie said this marks the first time Meyer Park has obtained the requisite 80 per cent owners’ consent to a collective sale, despite four attempts in the past to go en bloc.

Ms Swee said a new development can offer panoramic sea views to its south and an unobstructed view over a bungalow enclave in Mountbatten to its north.

“The site also enjoys the advantage of tranquil city-fringe living with a robust network of amenities nearby. All these factors combined will rank high in prospective homebuyers’ consideration list,” she said.

“Developers seeking to replenish their landbank will appreciate its exclusive location in the well sought-after Meyer Road precinct, and its palatable size for a mid-sized luxury high-rise development,” Ms Swee added.

Amenities in the site’s vicinity include malls such as Parkway Parade and i12 Katong, as well as heritage shophouses housing both retail and F&B (food and beverage) businesses. Nearby schools range from Tao Nan Primary School to Dunman High School and Victoria Junior College, among others.