Michigan going with QB McCarthy over McNamara against Hawaii 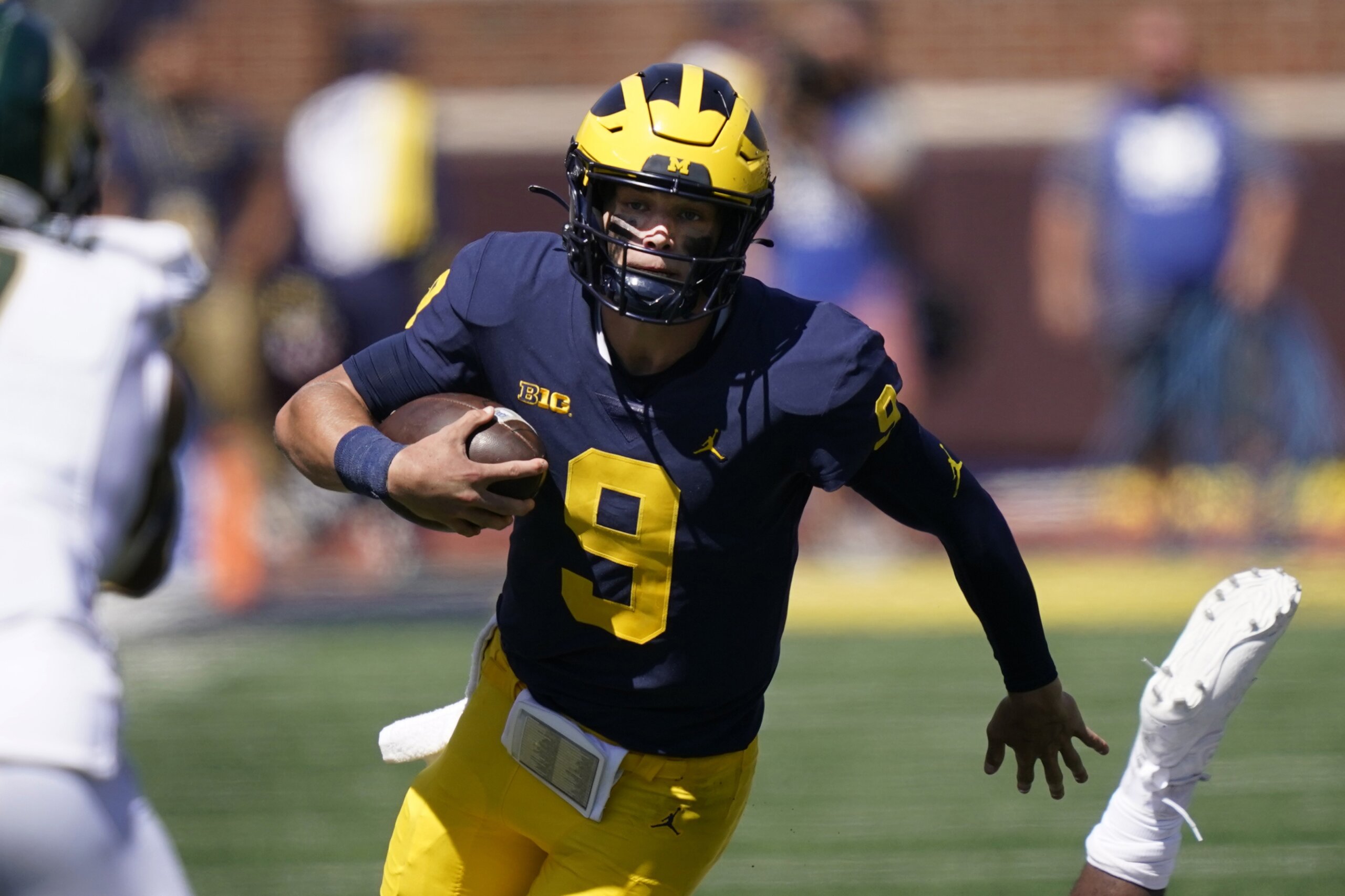 ANN ARBOR, Mich. (AP) — In 2021, quarterback Cade McNamara led the Michigan Wolverines to the season their fans have…

ANN ARBOR, Mich. (AP) — In 2021, quarterback Cade McNamara led the Michigan Wolverines to the season their fans have been dreaming about for years.

He helped defeat Ohio State, won a Big Ten championship and got Michigan into the College Football Playoff. On Saturday, he’ll be watching from the bench as another quarterback, J.J. McCarthy, starts a night game for No. 4 Michigan against Hawaii at the Big House.

At the end of training camp, Wolverines coach Jim Harbaugh wasn’t ready to make a decision, so he announced McNamara would start the opener against Colorado State and McCarthy would get his chance against Hawaii.

McNamara isn’t a flashy quarterback, but he was steady on a team that had plenty of weapons. He threw 14 touchdown passes and only two interceptions in Michigan’s 10-1 start, and while he wasn’t much of a threat on the ground, the Wolverines had a lot of players who could run the ball.

In the last three games of the season, though, he had four interceptions and only one touchdown. That was good enough to beat Ohio State 42-27 and Iowa 42-3, but he was picked off twice and only threw for 106 yards in a 34-11 loss to Georgia on New Year’s Eve.

McCarthy was the five-star recruit with all the flash. He threw a touchdown pass in Michigan’s 37-33 loss to Michigan State, and came in to throw for 131 yards and a touchdown against Georgia.

“I said this summer that either one could start and it could be a combination of both of them in a game,” Harbaugh said. “Those are the options, and we said each would get a start in order to make it as far as it could be.”

McNamara didn’t light things up against Colorado State, going 9 of 18 for 136 yards and a touchdown in a 51-7 rout. McCarthy also got some time, running for a 20-yard touchdown and completing all four of his passes for 30 yards.

On Saturday night, McCarthy will be facing a Hawaii defense that has allowed 112 points in lopsided losses to Vanderbilt and Western Kentucky. It’s the perfect situation to put up big numbers – at least until Harbaugh reins in the offense if the game gets out of hand.

“We, as coaches, have to find a way to maximize both of their talents for the best use of the team,” Harbaugh said.

Hawaii coach Timmy Chang, like Harbaugh, is a legend for his days as a quarterback at the school he now coaches. In his first season, Chang is trying to rebuild a program in turmoil, and it isn’t going well.

Hawaii lost 63-10 to Vanderbilt and 49-17 to Western Kentucky. The Commodores are an SEC team, so a lopsided loss can be excused, but a 32-point defeat to a Conference USA team is a bigger cause for concern.

“We’re really young at a lot of positions, especially on offense, and we’re trying to plug in as many guys as possible to get experience,” Chang said. “At the same time, though, you need to hone in on guys who can help. We don’t have the luxury to take our time with that right now.”

Brayden Schager started the season as the No. 1 quarterback, and he’s completed 58.8% of his passes, but thrown four interceptions without a touchdown. Joey Yellon has one interception in relief duty, with a 45.2% completion rate.

The Rainbow Warriors know they are facing a much tougher team this week, but they are looking forward to the opportunity.

“If you are a college-football fan, you know all about the Big House,” offensive lineman Micah Vanterpool said. “These are the games you live for – come on, we’re going to be playing in the Big House.

“And we’re not going to go in there with any fear. We respect everyone, but we don’t fear anyone.”

Who is next in line to the throne in England? Britain’s royal line of succession