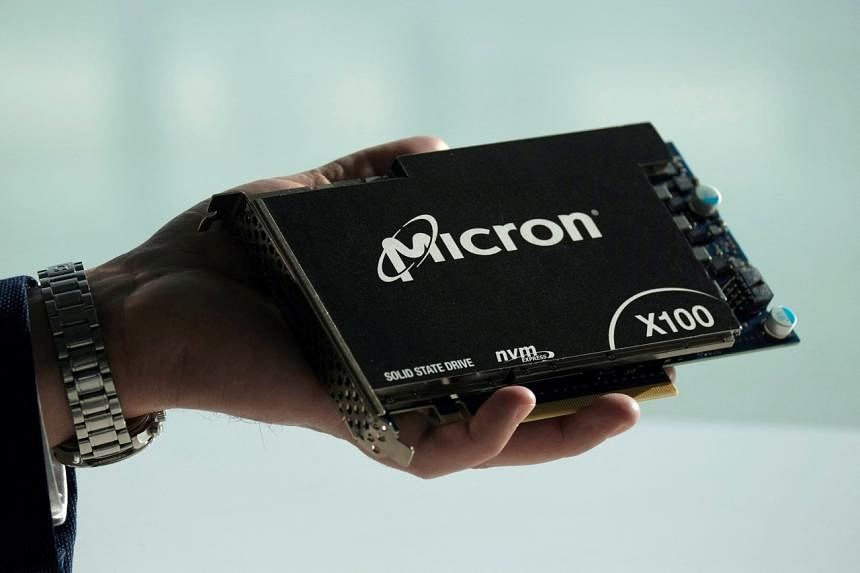 The company said on Tuesday (Aug 9) that fourth-quarter sales are expected to be at the low end of or below its previous guidance as customers reduce their stockpiles of unused chips. There will be “significant sequential declines in revenue and margins,” Micron said in a regulatory filing. Micron shares fell 3.7 per cent on Tuesday, and the benchmark Philadelphia Stock Exchange Semiconductor Index dropped 4.6 per cent.

The company is the latest to reveal just how quickly demand for electronic components is declining, following a warning by Nvidia on Monday and weak reports by Intel and other chipmakers this earnings season. The majority of the pain is being felt by companies that make chips for personal computers. Consumer demand for those devices is drying up rapidly as pandemic lockdowns end and household budgets are hammered by inflation.

The prospects for the chip industry are dimming on a day that was supposed to herald a renaissance in semiconductor manufacturing in the US with President Joe Biden signing the the Chips and Science Act. That US$52 billion (S$71.7 billion) stimulus package is designed to make it cheaper for companies to build domestic factories and help counteract the loss of the crucial skill set to Asia. Shortages during the pandemic inspired US and European politicians to prioritize the creation of additional plants locally to create a more robust supply chain.

Highlighting the speed with which demand is evaporating, Micron said orders deteriorated since the company last gave an update just over a month ago. Crucially, it’s not just PC makers that are cutting back.

“Compared to our last earnings call, we see further weakening in demand because of adjustments broadening outside of just consumers to other parts of the market including data centres, industrial and automotive,” Chief Executive Officer Sanjay Mehrotra said in an interview with Bloomberg Television.

Like Intel, Micron now plans to reduce its capital spending on new plants and equipment this year and projected capital expenditures will be “down meaningfully” from a year earlier. Both companies said they’re committed to their long-term expansion plans but are making short-term adjustments to protect profitability and avoid a glut.

Micron said it will use grants from the law to invest US$40 billion in US semiconductor manufacturing capacity by the end of the decade. The spending plan is part of the company’s previously announced US$150 billion global investment goal, which it detailed last year.

Micron previously said sales would be about US$7.2 billion in its fiscal fourth quarter, far below the US$9.14 billion average analyst estimate at the time, according to data compiled by Bloomberg. Consumers and businesses have been reining in spending amid fears that major world economies are headed for recession.

“Apart from inventory adjustments in the PC and smartphone market, which have weakened more, Micron is experiencing inventory adjustments and lower demand in other end-markets ranging from the cloud to autos,” Ambrish Srivastava, an analyst at BMO Capital Markets, wrote in a note to clients. “We have not heard a chip company speak to the latter.”

Not all chipmakers are suffering large declines. Companies with more diversified products are posting earnings that show greater resilience. Globalfounderies, a provider of outsourced chipmaking, gave a more bullish outlook after reporting sales and profit that topped estimates. Revenue in its most recent quarter was US$1.99 billion, slightly above Wall Street estimates. Sales in the current period will expand to about US$2 billion, it said on Tuesday.

Free movies, concerts and more ways to stretch your entertainment dollars in the Seattle area

Indonesia sets target to have 3.95% young entrepreneurs by 2045