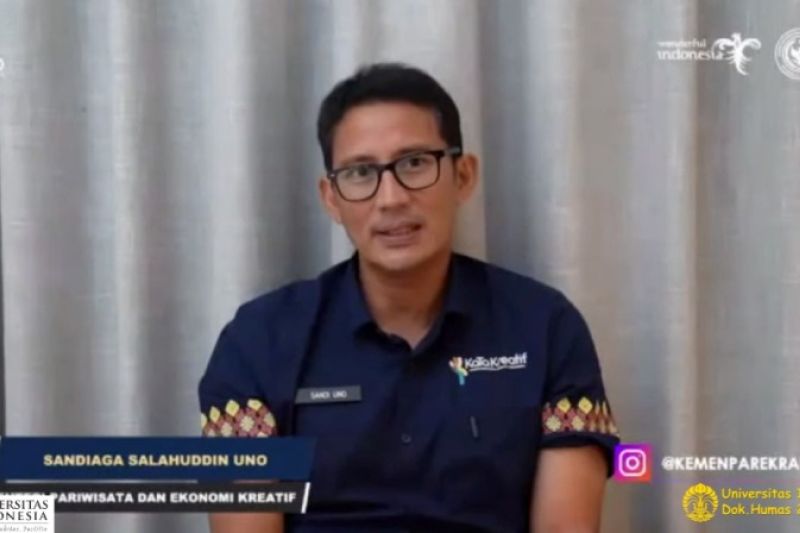 Together, we want to revive the economic sector, but the government cannot do it alone. We must also collaborate with MSMEs and educational institutions

Jakarta (ANTARA) – Tourism and Creative Economy Minister Sandiaga Uno spoke of his administration having extended assistance for the improvement of MSMEs through digitalization.

The measure was initiated through collaboration of the Tourism and Creative Economy Ministry and GoTo, promoted by Gojek and the Palembang Tourism Polytechnic in the #BangkitBersama (rise together) program.

“Together, we want to revive the economic sector, but the government cannot do it alone. We must also collaborate with MSMEs and educational institutions,” Uno noted in an official statement on Saturday.

The minister expects this collaboration to facilitate MSME players in developing their businesses with the support of technological innovations provided by GoTo.

In addition, MSMEs in the culinary sector were expected to encourage business and job creation.

This series of economic studies is the sixth study conducted by the foundation. The Equal Indonesia Foundation constantly expands assistance for improving the qualities of MSME players.

Other participants apart from Minister Uno were Chief of Public Relations Policy and Government Relations at GoTo, Shinto Nugroho, and Director of the Palembang Tourism Polytechnic, Zulkifli Harahap.

The Cooperatives and Small and Medium Enterprises Ministry had reported that MSMEs that integrated themselves with the digital ecosystem could survive better during the pandemic.

“Based on our internal data, 80 percent of the MSMEs connected to the digital ecosystem have a better (chance of survival) during the pandemic,” the assistant deputy for information technology development and incubation at the Cooperatives and Small and Medium Enterprises Ministry, Christina Agustin, noted in an official statement with Youtap, on Thursday, June 23.

The ministry’s data also showed that as many as 59 percent of the MSME players living in sub-urban areas had delved into the digital ecosystem, which indicated that the use of digital technology had penetrated various regions.