Ministry yet to deduce BA.2.75 infection speed in Indonesia 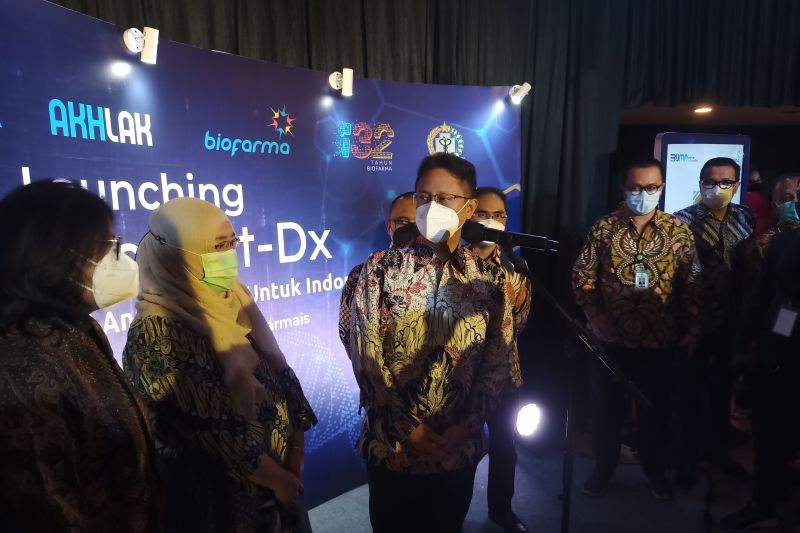 We certainly do not need to panic, but we clearly have to be cautious and obtain valid scientific data to ensure accurate handling on the field

Jakarta (ANTARA) – The Health Ministry has yet to come to a conclusion on the infection speed of the Omicron BA.2.75 subvariant as compared to the BA.4 and BA.5 variants that infected three Indonesian citizens a week back.

The ministry is still analyzing the ability of transmission of BA.2.75 that currently shows a rising trend in terms of the number of cases in India, Health Minister Budi Gunadi Sadikin stated at the BioColoMelt-Dx molecular diagnostic kit unveiling event here on Tuesday.

Last week, the BA.2.75 subvariant, also known as the Centaurus variant among several medical experts, was detected in Indonesia, with two cases in Jakarta and one detected in Bali, he revealed.

On a separate occasion, Director of YARSI University’s Post Graduate School Tjandra Yoga Aditama noted that BA.2.75 was first reported in India since the start of June 2022.

Currently, the Omicron subvariant has spread to at least 15 countries, including German, Britain, Canada, Japan, New Zealand, the United States, Australia, and Singapore, he remarked.

“In India, which we know as a country that first reported the Omicron BA.2.75 variant, it spreads quite rapidly,” he pointed out.

The rising number of cases in India due to BA.2.75 is exponential in nature, but we still need to wait for other data within the next few weeks to gain some certainty, he stated.

“Assistant Dean for Research at Arkansas State University is also worried about the spread of this BA.2.75 variant in India that is considered to be faster than BA.5 there,” he remarked.

Experts also estimate that the BA.2.75 subvariant will spread quite quickly in Britain and the United States.

At the onset, it was only detected in one state, but currently, it has spread to seven American states: California, Illinois, New York, North Carolina, Texas, Washington, and Wisconsin.

“Thus far, no confirmation has been received on the infection pattern and severity of the impact of BA.2.75,” he noted.

Emergence of the BA.2.75 subvariant in Indonesia shows that the COVID-19 pandemic still lurks among the people. Various developments can still occur, including the surfacing of a new variant or subvariant, Aditama remarked.

“We certainly do not need to panic, but we clearly have to be cautious and obtain valid scientific data to ensure accurate handling on the field,” he stated.

As Europe bakes, Germany reckons with a return to coal