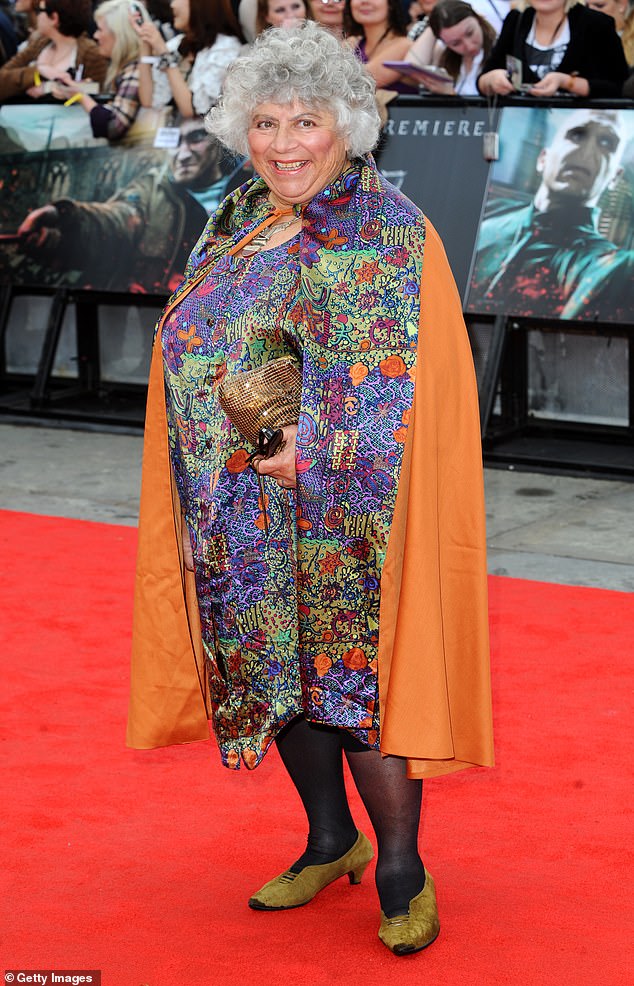 Miriam Margolyes has revealed she doesn’t keep count of her past lovers.

The Harry Potter star, 81, was asked how many women she’s ‘gone down on’ during a bawdy interview on Australian breakfast radio on Tuesday.

The British actress, who is gay and has been in a relationship with historian Heather Sutherland since 1967, told The Kyle and Jackie O Show she doesn’t know her ‘sex number’ but said she prioritises quality over quantity.

After learning Margolyes was a lesbian and had been with the same woman for 54 years, host Kyle Sandilands asked her: ‘How many women have you gone down on?’

‘I don’t honestly know a figure,’ she replied.

Sandilands said he had stopped counting after hitting triple figures, to which Margolyes responded: ‘Oh, you’re somebody who goes in for numbers. 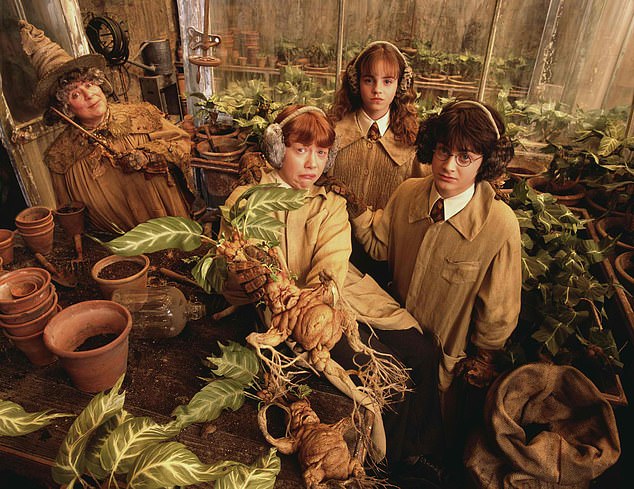 The 81-year-old, best known for playing Professor Sprout in the Harry Potter films, was asked how many women she’s ‘gone down on’ during a radio interview on Tuesday. (Pictured with Rupert Grint, Emma Watson and Daniel Radcliffe in Harry Potter and the Chamber of Secrets)

The Bafta winner then shocked Sandilands and his co-host Jackie ‘O’ Henderson by revealing oral sex was no longer in her repertoire.

She declared: ‘I haven’t gone down on anyone for a very long time because I’ve got bad knees!’

Margolyes insisted she was ‘very happy’ with Sutherland, adding that the secret to their long relationship was not living together.

‘She lives in Amsterdam and I live in London. We’re together quite a lot of the year, as much as we can,’ she said. 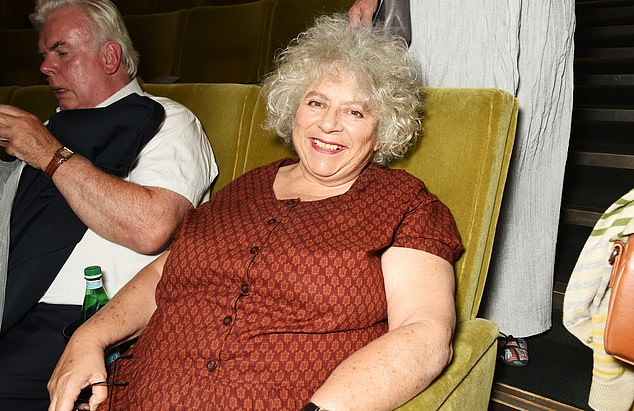 The British actress, who is gay and has been in a relationship with historian Heather Sutherland since 1967, told The Kyle and Jackie O Show she doesn’t know her ‘sex number’ but said she prioritises quality over quantity. (Pictured on August 5, 2016, in London)

‘We have a very good and loving life and I just adore her.’

It comes after Margolyes revealed last Monday that hanging out with a group of friendly Aussie bogans changed her opinion of them.

A ‘bogan’ is Australian slang for a vulgar or uncultured person of low social status, similar to an American redneck or British chav. 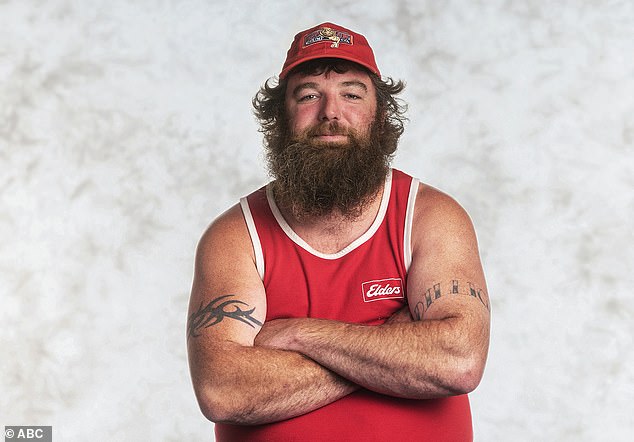 It comes after Margolyes revealed last Monday that hanging out with a group of friendly Aussie bogans changed her opinion of them. (Pictured: Benny, a self-confessed bogan, who spoke about his lifestyle in a recent episode of ABC TV series You Can’t Ask That)

In an interview with New Idea, she said she recently attended a ‘bogan burnout’ car rally for her upcoming ABC documentary series.

Margolyes, who is best known for playing herbology professor Pomona Sprout in the Harry Potter film series, said she actually found the bogans quite charming.

‘If someone asked me if I’d like bogans, I’d have said no. I’d have thought that I couldn’t bear them. But I was wrong,’ she told the magazine.

‘The community was very welcoming and everyone was so kind, so accepting, and so open.’ 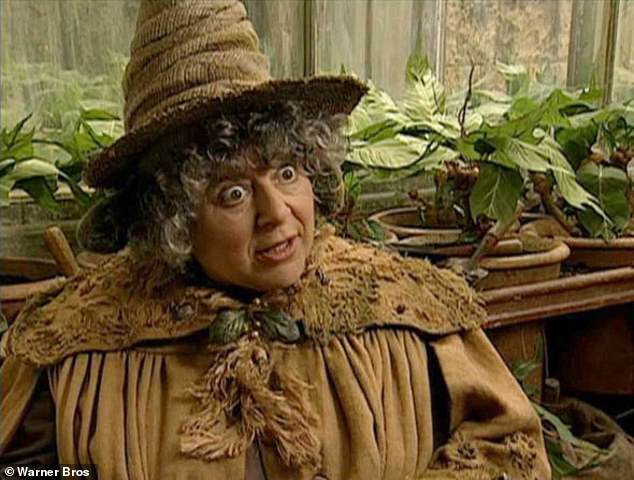 Margolyes said she actually found the bogans quite charming. (Pictured in Harry Potter and the Chamber of Secrets)

The Age of Innocence star spent a day with a bogan community for her ABC show Miriam Margolyes: Australia Unmasked.

The series will see her hit the road to discover what the concept of a ‘fair go’ means in modern Australian society.

The veteran actor has previously made headlines for her controversial comments.

She publicly defended Harry Potter author J. K. Rowling in April over the ‘misplaced’ vitriol she faced for her views on the trans debate. 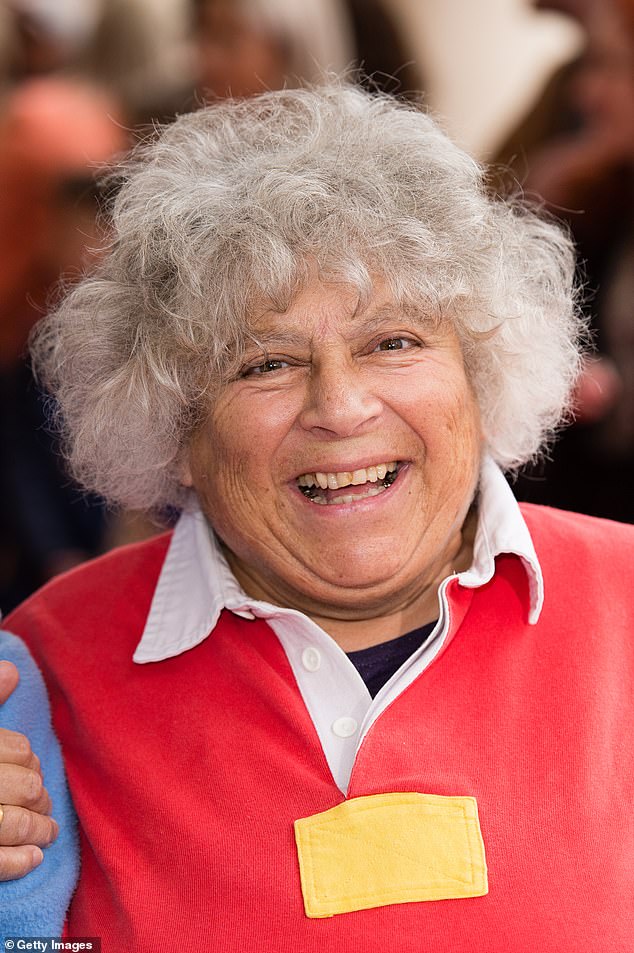 Margolyes (pictured in London on April 9, 2019) spent a day with a bogan community for her ABC show Miriam Margolyes: Australia Unmasked

The Harry Potter and Fantastic Beasts author has faced repeated accusations of transphobia for her defence of women’s rights.

Margolyes told Radio Times: ‘There isn’t one answer to all these trans questions. We all know people who are slightly pansy or a bit butch or whatever you call it.’

And in 2020 she came under fire for describing the land Down Under as ‘brutal’ and ‘greedy’ ahead of the release of her documentary series Almost Australian.