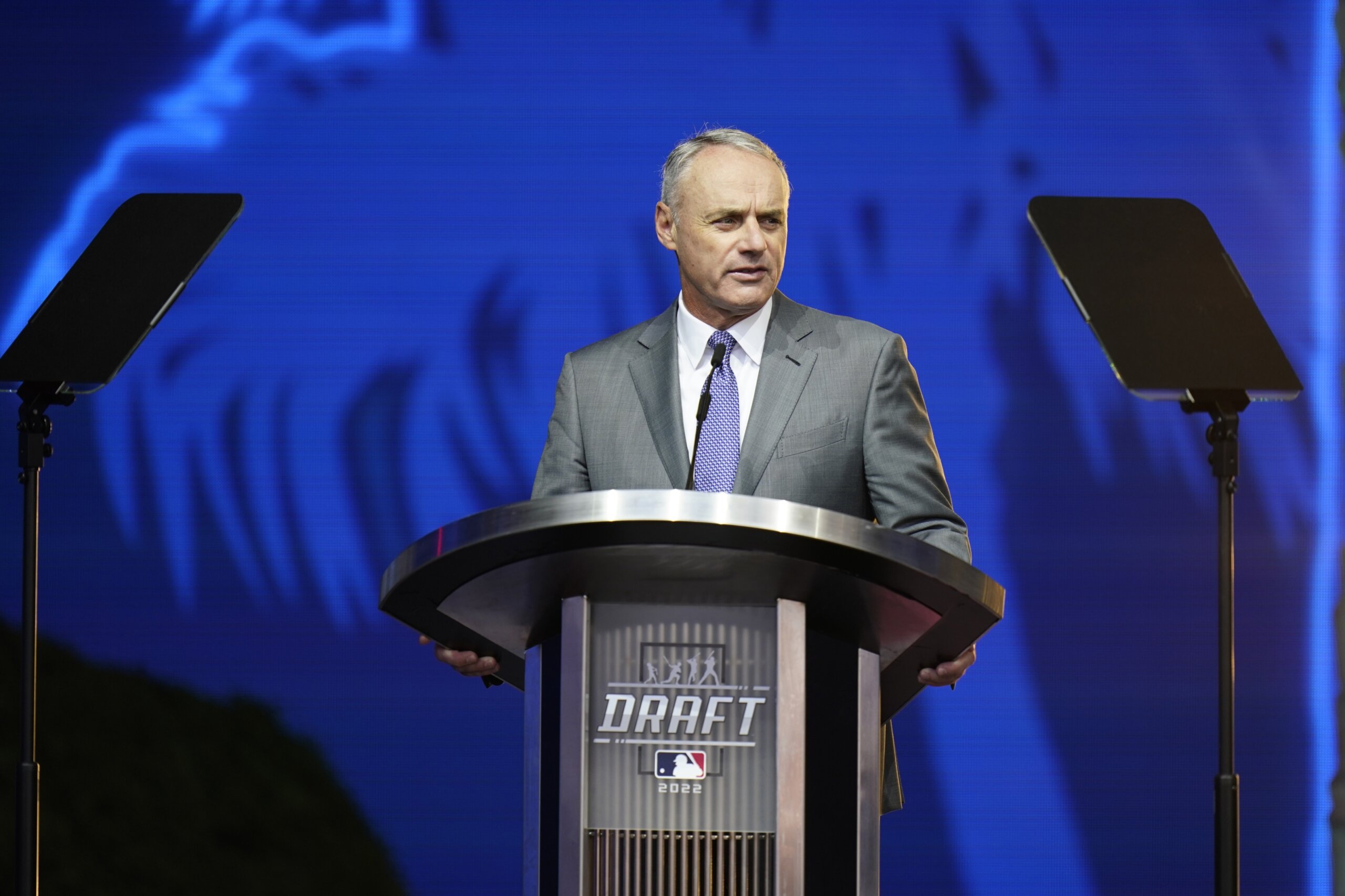 The quirky tie between the two provisions was established in the March 10 agreement that ended the 99-day lockout and preserved a 162-game season. The sides gave themselves until July 25 to reach an agreement on an international draft, which MLB has sought since 2002, and specified the draft-pick provision would be dropped in the event of a deal.

There was little movement over the four months. The union made an offer during a Zoom meeting Saturday, and MLB presented what it termed its final proposal in an email Sunday. Union officials forwarded that plan to the players’ executive board and said they planned to reject it.

The decision, announced about eight hours before the deadline, was the final step needed to complete the collective bargaining agreement that expires on Dec. 1, 2016. Retaining compensation is likely to limit the market for some older players set to become free agents, a group set to include Anthony Rizzo, J.D. Martinez, Chris Sale and Charlie Morton.

“Each of our proposals was focused on protecting against the scenario that all players fear the most — the erosion of our game on the world stage, with international players becoming the latest victim in baseball’s prioritization of efficiency over fundamental fairness,” the union said in a statement. “The league’s responses fell well short of anything players could consider a fair deal.”

The decision keeps in place a system of qualifying offers for free agents that began in 2012. A club can make a qualifying offer following the World Series to a free agent who has been with the team since opening day, a one-year contract for the average of the top 125 deals by average annual value. Last year’s figure was $18.4 million.

If a player rejects a qualifying offer and signs elsewhere, the signing team is subject to a loss of one or two amateur draft picks and a reduction in international signing bonus pool allotment.

Craig Kimbrel and Dallas Keuchel, unhappy with offers during the offseason and spring training. delayed signing in 2019 until June, after the draft pick compensation no longer was attached.

“We are disappointed the MLBPA chose the status quo over transitioning to an international draft that would have guaranteed future international players larger signing bonuses and better educational opportunities, while enhancing transparency to best address the root causes of corruption in the current system,” MLB said in a statement.

An amateur draft was established for residents of the United States and Canada in 1965 and extended to residents of U.S. territories such as Puerto Rico in 1990. MLB has pushed for a similar international amateur draft, saying part of its rationale was to combat illicit agreements made before players are age eligible — at least 17 at the time of signing or 16 at the time as long as the player turns 17 by the Sept. 1 of the contract’s first season.

Players waited until this July 8 to make a counteroffer. They proposed a draft be allocated $260 million for the 2024 signing period, with teams having to guarantee slot values while having the flexibility to exceed them within bonus pools.

MLB increased its offer Saturday to $191 million for 2024 and said it was a final proposal. MLB dropped mandatory drug testing with penalties for positive tests and also changed its proposed medical combine from mandatory to optional.

Management also offered to guarantee a minimum of $5,000 in educational money, a figure rising to $10,000 if the player passes a General Educational Development Test.

The union said MLB’s offer was not sufficient and cited a change management made to its calculation of growth beyond 2024. Players also wanted guarantees to maintain the current number of annual international signings and teams and jobs in the Dominican Summer League. They asked for a $40,000 cap on bonuses for draft-bypassed players, double MLB’s offer. They wanted MLB to contribute $10 million for an international human rights foundation and to hire a joint compliance officer

Sam McBride: Even David Trimble’s foes recognise he shaped the new Northern Ireland in which we live