Moira Macdonald’s recommendations for movies to fit your various moods 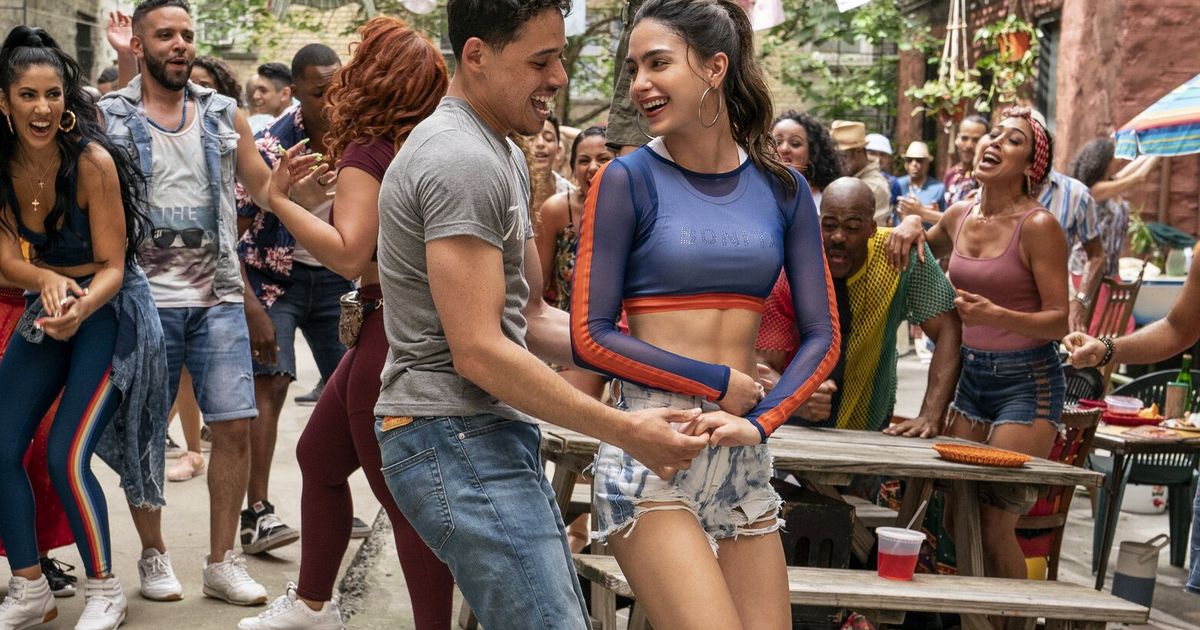 The best movies leave us feeling something — joy, heartbreak, fear, nostalgia — that stays with us for a little while, letting us walk around in the world of the movie for just a bit longer. Should you, during these cozily dark days of winter, be in need of a movie to inspire a specific emotion, behold: Here are 30 great ones, most from recent years, that took me on beautiful journeys. Here’s hoping they inspire … well, whatever you happen to be in the mood for.

Movies that make you feel joyful

“In the Heights” (2021): Musicals are the most joyous of genres, and Lin-Manuel Miranda’s tale of love and dreams in a primarily Latino neighborhood of Manhattan dazzles with movement and charm. (HBO Max)

“School of Rock” (2003): Jack Black teaches a pack of middle schoolers how to raise their goblet of rock, er, how to become rock musicians, and it’s hard to tell who’s having more fun — them, or us. (Amazon Prime)

Movies that make you feel loved

“Beginners” (2011): The late Christopher Plummer won his one and only Oscar for this wistful, wonderful film about family — and about believing in love, wherever you happen to find it. (Amazon Prime)

“If Beale Street Could Talk” (2018): Two kinds of love — that between young lovers, and between mother and child — light up this incandescent James Baldwin adaptation, from director Barry Jenkins. (Netflix)

“Philomena” (2013): As the title character in Stephen Frears’ warm drama about a woman searching for the child taken from her decades ago, Judi Dench is loving kindness incarnate. (Netflix)

Movies that make you feel nostalgic

“A Little Princess” (1995): Alfonso Cuarón’s enchanting, magical film took me back to childhood, happily lost in Frances Hodgson Burnett’s novel about an orphan girl at a boarding school. (HBO Max)

“The Deep Blue Sea” (2012) Not the shark movie with Samuel L. Jackson, but a gorgeous romantic drama set in war-ravaged 1950 London and starring an achingly beautiful Rachel Weisz as a married woman seeking passion. (Amazon Prime)

“Won’t You Be My Neighbor” (2018): So many of us grew up with Mister Rogers, and Morgan Neville’s documentary lets us return to those gentler days, reintroducing us to our cardiganed friend. Have tissues handy. (Netflix)

Movies that make you feel adventurous

“The Handmaiden” (2016): This gorgeous, wildly creative film — basically an erotic-revenge-crime thriller — from Park Chan-wook is like nothing you’ve ever seen before; it’s a period film gone mad. (Amazon Prime)

“The Talented Mr. Ripley” (1999): I re-watched Anthony Minghella’s elegantly Hitchcockian thriller, set in several gorgeous European cities in the 1950s, during the darkest days of the pandemic; it made me happily dream of travel. (Paramount+)

“The Wildest Dream” (2010): Watching this documentary about re-creating George Mallory’s famous Mt. Everest climb on an IMAX screen was breathtaking; watching it at home is probably still pretty good (and warmer). (AppleTV+)

Movies that make you feel heartbroken

“The French Lieutenant’s Woman” (1981): Here’s a swoony blast from the past. A young Meryl Streep and Jeremy Irons play dual roles in this romantic drama, getting their hearts broken in two different centuries. (Netflix)

“Manchester by the Sea“ (2016): Just thinking about this one, in which Casey Affleck and Michelle Williams beautifully play a former couple coping with crushing grief, practically has me in tears. Some broken things, this movie wisely tells us, can’t be mended. (Amazon Prime)

“Nobody Knows” (2004): Writer/director Hirokazu Kore-eda makes eloquent movies about families; this one, about four children left to fend for themselves by their single mother, is both devastating and utterly mesmerizing. (Amazon Prime)

Movies that make you feel scared

“The Conjuring” (2013): I don’t mind tell you that this exemplary haunted-house saga scared the daylights out of me, and caused me to avoid my basement stairs after dark for quite some time. (HBO Max)

“The Little Stranger” (2018): If you like your horror movies with period costumes and more Gothic suspense than actual fright, this moody adaptation of Sarah Waters’ novel should fit the bill. (Amazon Prime)

“Us” (2019): Jordan Peele’s follow-up to “Get Out” was a wonderfully scary exploration of otherness — and an occasion for a brilliant dual performance by Lupita Nyong’o. (Amazon Prime)

Movies that make you feel rebellious

“Widows” (2018): This crackling, wonderfully cast crime thriller, led by Viola Davis as the leader of a quartet of widows whose robber husbands never finished their last job, might just tempt you to pull off a heist of your own. (Amazon Prime)

Movies that make you feel smart

“Inception” (2010): It could be argued that Christopher Nolan’s trippy hit makes viewers feel the opposite of smart — but stick with it and ride the kick. It’s a puzzle well worth figuring out, maybe with a repeat viewing or two. (HBO Max)

“Life Itself” (2014): One way to feel smart is to spend time with somebody incredibly wise, and this enthralling, loving documentary about film critic Roger Ebert lets us do just that. (Amazon Prime)

“Tristram Shandy: A Cock and Bull Story” (2006): You don’t need to have read Lawrence Sterne’s meandering 18th-century novel to have a rollicking good time with this movie; a goofy hall of mirrors both literate and wildly funny. (Amazon Prime)

Movies to make you feel inspired

“Amazing Grace” (2019): This concert documentary, assembled from footage filmed at a Los Angeles church in 1972, shows Aretha Franklin at the height of her vocal powers; you might close your eyes to get lost in the glory of her voice, which is both worshipfully solemn and incandescently joyful. (HBO Max)

“Captain Phillips” (2013): This meticulously crafted thriller inspires in two ways: its real-life tale of an ordinary man facing an unspeakable ordeal, and the central performance by Tom Hanks, who in midcareer keeps finding ways to dazzle us anew. (Netflix)

“The Best of Youth” (2005): Six hours long, and worth every minute. Watching this warmhearted saga of an Italian family (told over four decades, beginning in the ’60s) is like reading a marvelous novel; you won’t want it to end. (Amazon Prime)

“The Farewell” (2019): Lulu Wang’s heartfelt drama/comedy (because what is life but both of those things?) is the tale of family love both very specific and completely universal; you look at this family and see, whoever you are, a warm shadow of your own. (Amazon Prime)

Homeless woman says living in Portland is ‘a piece of cake’