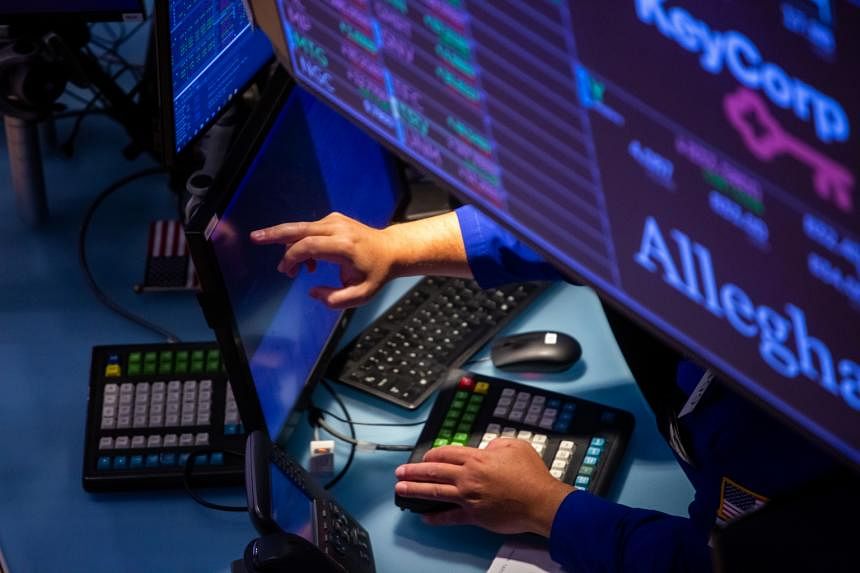 (NYTIMES) – The stock market hasn’t provided much joy, bonds have been a source of considerable pain and inflation is troubling. But at last there is a glimmer of good news for people who need a place to park their cash: Money market mutual funds are finally beginning to pay a little interest.

These funds are a convenient place for both individual investors and big institutions to keep money temporarily. Their yields have been very low for years, and since the crisis of March 2020, they had hovered near zero, paying investors virtually nothing.

But now that the United States Federal Reserve has begun to increase the short-term interest rates it controls directly, money market fund yields that are available to consumers have also started to rise – and they will continue their climb as long as the Fed continues to increase short-term rates.

A money market fund is a kind of mutual fund that invests in highly liquid, near-term instruments such as cash equivalent securities and high-credit-rating, debt-based securities with a short-term maturity, such as US Treasuries.

“You can expect money market rates to keep rising for a while,” said Mr Doug Spratley, who heads the cash management team at T. Rowe Price. “And they will be rising fairly rapidly.”

Don’t get too excited just yet. This isn’t a return to the early 1980s, when money market rates soared above 15 per cent, along with the rate of inflation. The yield on the average big money market fund is still only about 0.6 per cent, said Mr Peter Crane, president of Crane Data in Westborough, Massachusetts, which monitors money market funds.

“Yields are moving in the right direction,” Mr Crane said. “But that’s still not much, especially when you factor in inflation.” The latest consumer price index numbers showed inflation running at an 8.6 per cent annual rate in May, creating an enormous gap between inflation and money market yields.

That’s not good for your personal wealth, to say the least. To the contrary, it indicates that your real rate of return, adjusted for inflation, is deeply negative. In other words, the longer you keep your spare cash in a money market fund, the less purchasing power you will have.

Role of the Fed

Money market yields won’t stay where they are for very long. When the Fed raises its rates again, money market rates should follow, with a lag of about one month.

Traders are betting that the federal funds rate will go above 3 per cent in 2023.

But the Fed has been raising other interest rates as well, including one with a dismal name: the reverse repurchase agreement, aka the reverse repo rate. Money market mutual funds receive that rate for funds held by the Fed overnight, so it functions as a rough floor on yields. At the moment, short-term Treasury bills provide a practical ceiling, especially for funds that hold government securities.

A place for cash

As a practical matter, in the current unsettled markets, many people need good places to keep their short-term cash. In the past, I noted that several options – such as bank accounts and Treasury bills – seemed reasonable. Now I would add money market funds to that list, with some qualifications.

Be aware that, yields aside, money market funds ran into some safety problems in the past two financial crises. Since then, they have been subjected to tighter regulatory scrutiny and to a series of reforms.

Many funds now hold only US government securities, and all are required to hold only high-quality debt instruments. All are intended to avoid fluctuations in value, although they have come under strain before and could well do so again. In any case, money market funds are safer than bond or stock mutual funds or exchange-traded funds.

There are other options for holding short-term money safely. Briefly put, they include US government I bonds, which yield an amazing 9.62 per cent, a rate that is reset every six months. They are very safe but imperfect, especially for short-term purposes. Not only are there limits on the amounts you can buy, but there are also small penalties if you cash them in before five years.

Once you start looking at them, you will find that yields are rising regularly.

Who knows where they will be next week? It is almost exciting.

Remember, though, that these yields are still extremely low. They aren’t keeping up with inflation, and if they eventually do, that’s probably not good news, either.

Imagine that in the not too distant future, the Fed manages to reduce the rate of inflation close to its 2 per cent target rate. To do this, though, it is slowing the economy, perhaps even tipping it into a recession. That’s no cause for celebration.

But as soon as a slowdown is evident, the Fed is likely to start cutting rates, creating an opportunity for nimble money market fund managers. They can extend the duration of their holdings so that yields lag the decline in money market yields by up to two months. You could then be beating inflation, but only by a small amount. And with a slowing economy, you will have plenty of other things to worry about.

For now, try to enjoy the spectacle of rising money market rates without falling prey to what American economist Irving Fisher called “the money illusion”. Don’t forget that in real terms, you are losing money.

Money market fund yields are improving, yes, but as an investment, they remain a bad idea.